Today, publishers can display a wide variety of ad formats from traditional banners to rich media to video ads on their websites. Because now, people don’t just want the content to be read, they prefer content to be in the form of video.

In 2020, 59.4% of total internet users are consuming video content, and the percentage share of video content is going to grow in the future. Due to the higher engagement rate of videos, it has become a new format of choice for publishers and advertisers.

“US advertisers will spend more than 34 billion dollars on video advertising this year.”

So, to help you get started with video advertising, we have collected all the relevant information so that you can get answers to all the questions in one place.

Here’s What You’ll Learn in this Guide:

What are Video Ads for Publishers?

Direct-sold video ads: As the name suggests, these ads are sold to the direct advertisers on the basis of inventory volume, CPM rates, and duration of ad campaigns. Direct-sold video ads require human efforts in terms of satisfying the advertiser’s needs and the process of advertising is completely manual.

Before you start with video advertising, you first need to determine the format of the video ad you want to have. Check out the three video ad formats categorized by IAB below:

Linear Video Ads: Linear video ads are the ad formats that can be sandwiched between the organic video content much similar to the TV commercial ads. 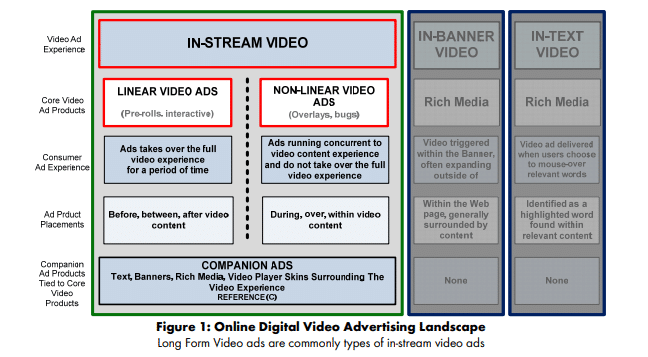 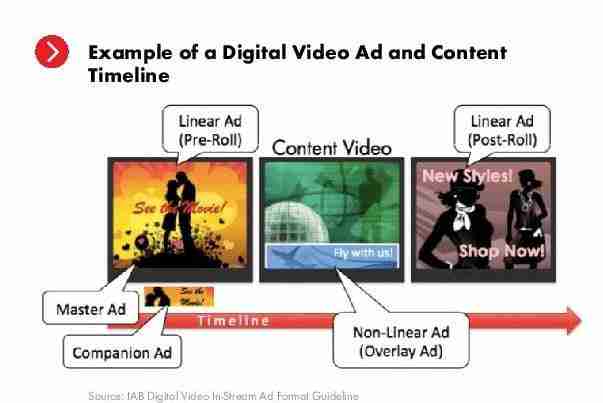 Types of Video Ads for Publishers

In-article video ads: Such ads are loaded between the paragraphs of editorial content and can be dynamically loaded when the users scroll through the page.

Native video ads: These are the promoted video ads that can be of various types – in-feed unit, paid search, promoted listing, recommendation widget, or custom. Native video ads consist of a headline, description, and context for the ads.

Interstitial video ads: Such ads are generally used by app publishers and appear when the user clicks on the app. Interstitial ads cover the entire screen of the user’s device. Head towards this article to read more about interstitial ads. 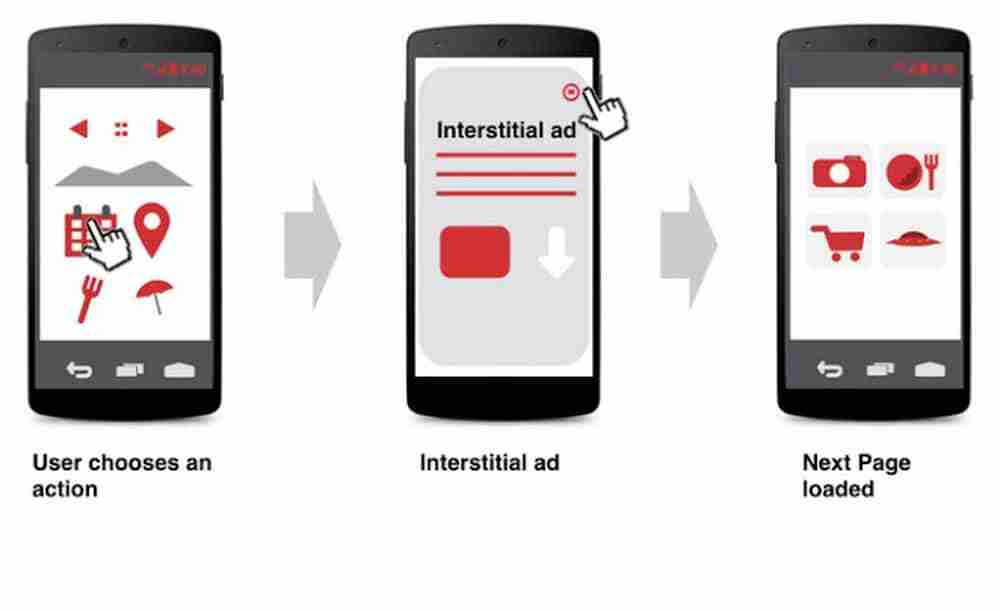 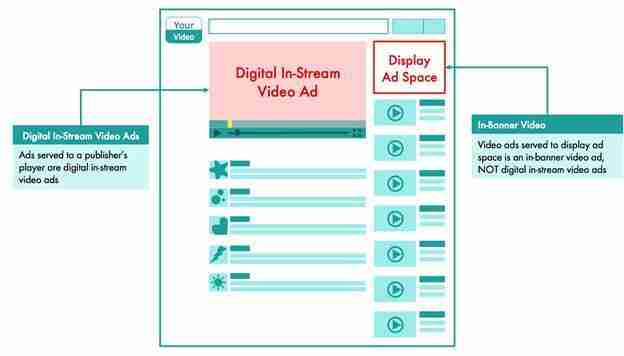 Now that you know different types of video ad formats and units, the next step is to understand how video advertising happens. But before that, you should know the technologies involved in video advertising.

Since you may not get direct advertisers every day throughout the year, video ad networks can resolve this by getting your demand. Besides, they can also help in setting up ad campaigns, optimizing the video ads, and more. Find the list of best video ad networks here.

Video Player: A video player is one of the most important technologies involved in video advertising. It is the interface that helps in creating a path for communication between the video content and the user. Not only this, but a video player also has the ability to pass users’ data, store engagement data, and coordinate with the page to display companion ads.

Note: A video ad network may provide a video player. So, if your network offers the player, you don’t need to integrate a different player.

Video Tags: In video ads, there are two types of ad tags: VAST (Video Ad Serving Template) and VPAID (Video Player Ad Interface Definition). Both are the protocols that act as a bridge between the video player and video ad units and instruct the ads on how to get played inside the player. Video tags are generated in the ad server that supports these protocols and Google Ad Manager is one of such servers. Additionally, a video network can help you to set up the tags for the inventories.

How Does Video Advertising Work?

The process of video advertising might look a bit complicated. But from a publishers’ side, all you need to do is set-up an ad server and pass the ad tags to the player. And when you deal with the programmatic video ads, most of the things will be taken care of by your ad tech partner.

Benefits of Video Ads for Publishers

As internet usage has increased, consumers are quickly moving towards digital video. According to eMarketer, the APAC region alone will have 1642 million video viewers by the end of 2021. 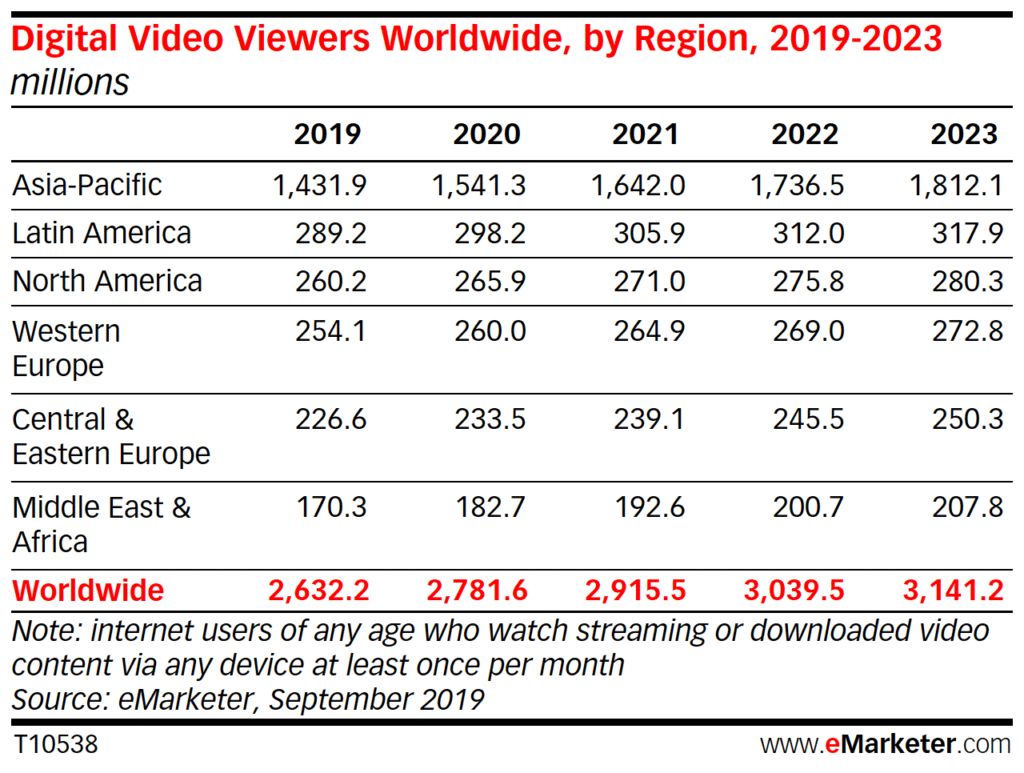 Since the users can switch from one channel to another such as connected to OTTs or social media apps to OTTs, publishers can diversify their revenue streams over multiple channels.

Advertisers shift their attention to where their audiences are. Since the videos are gaining traction, advertisers are spending on video ads more than ever before. It is expected that US advertisers will spend $54 billion on video ads by 2022. 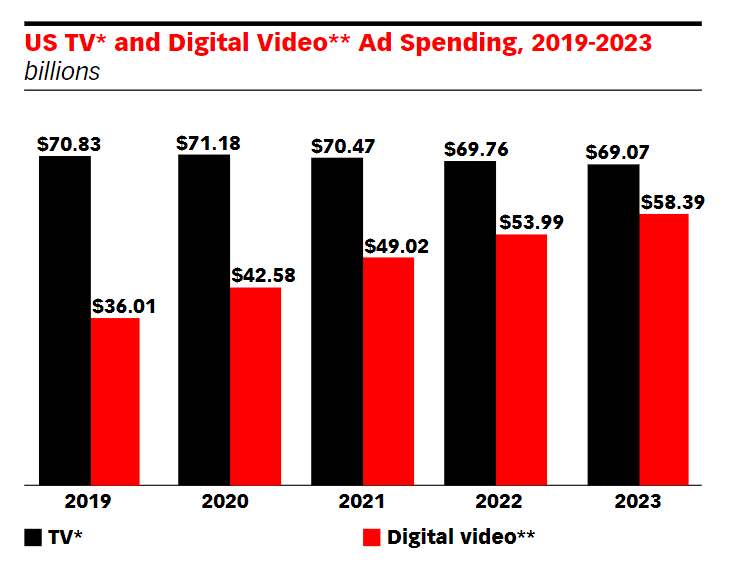 Video ads have tightly framed subjects, memorable and interactive visual elements. For this reason, video ads get higher engagement rates than display ads, and this yields higher purchase intent and favorability for advertisers.

Due to the higher engagement rates and scarcity of video content, video ads usually have higher click-through rates than any other ad format. That means higher CPMs and thus, more ad revenue. 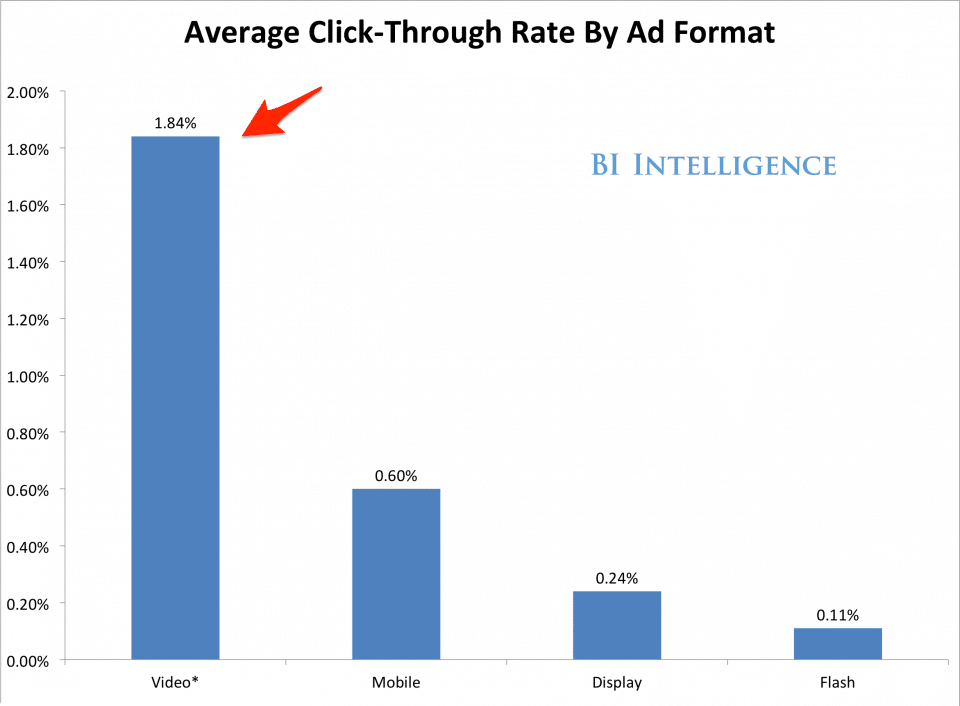 How to Setup Video Ads in Google Ad Manager?

Setting up and delivering video ads requires an ad server, video ad networks, and a video player. As the majority of publishers are using Google Ad Manager, let’s understand the implementation of video ads using GAM.

Decide the type of video ad format and ad unit you want to have. If you are trying to serve in-stream video ads, then partner with a video player. Also, select the right video ad networks so that you can leverage the benefits.

As soon as you are done with the ad-tech partners, go to Google Ad Manager and set up the video ad line items. Create the ad units according to the format you wish to have, and generate a video ad tag.

Now, pass this video ad tag to your video player so that they can display the right ads from the demand partners. And you’re ready to start serving video ads.

We have a comprehensive guide on the video setup in Google Ad Manager. Go through it if you have any doubts/questions. Wondering if the set-up varies with the type of video ad units? Well, it does change, but you don’t have to worry about it. Here’s a step-by-step guide to help you with the same.

How to Get the Most out of Video Ads?

Video advertising can be an extremely effective method to monetize your video content. But you need to optimize your video ad content as well as video content to drive the results that matter most to your business. So, we have outlined some important tips that you should consider when optimizing your video ads:

Video content that takes a long time to deliver value loses the users’ attention. They are abandoned before the users’ get a chance to know the benefits. Due to this, short-form content is trending amongst the users and publishers. So, grab users’ attention early. 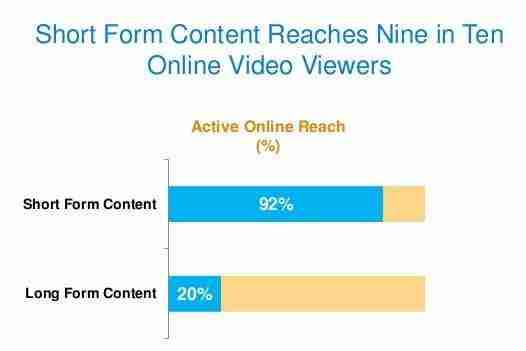 You might be thinking if the video content length affects the performance of video ads. Well, it does. In fact, the impact of the length of video content varies from format to format. Below is the result of a study done by IAB: 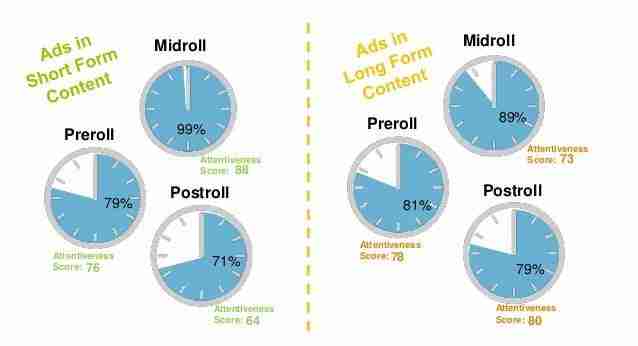 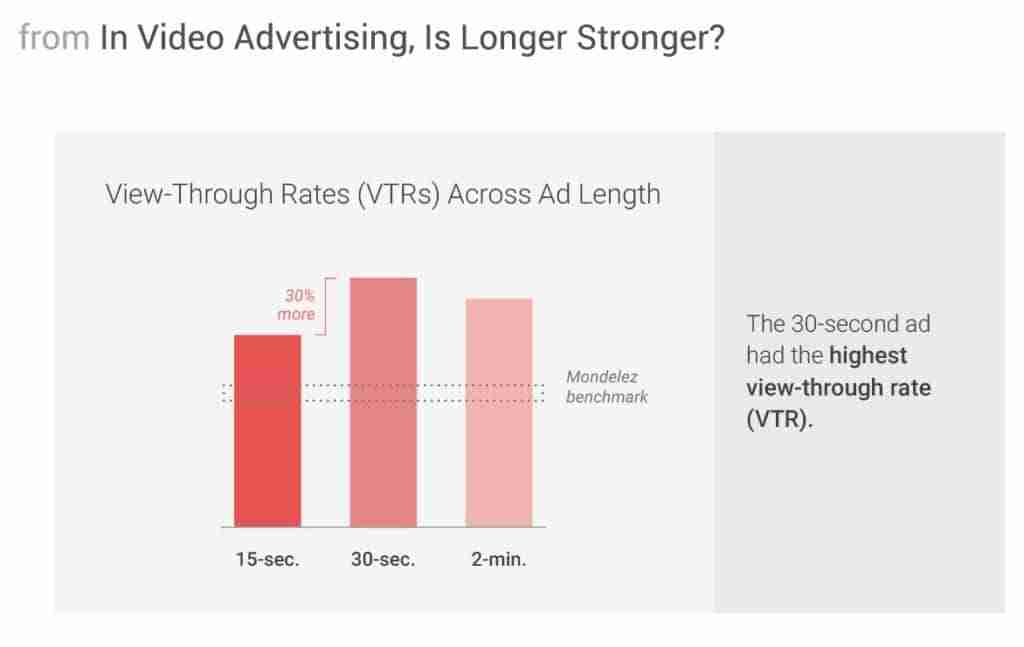 Besides, the impact of video ad length also depends on which platform you are advertising.

3. Include relevance in your ads.

Just the optimal length of video ads and video content is not enough. Making your ads relevant is equally important to encourage the users to pay attention to your ads. So, make sure your ads are relevant.

4. Make sure the auto-play video ads on the website are muted.

“Your videos should communicate your message even without audio. Don’t rely on voiceovers or dialog to relay key information. Use captions and graphic overlays to make sure your message gets across with sound on or off.”

Speaking of video ads, the aspect ratio matters as much as the ad format. So, try vertical ads. Vertical ads play in portrait orientation than landscape orientation. There are multiple advantages of displaying vertical ads such as ads fill the screen, gain high-level users’ attention, etc. 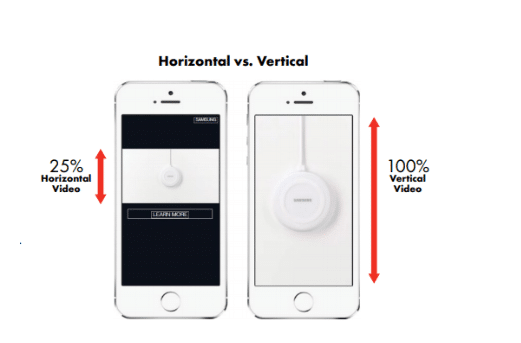 Increasing the ad viewability means increasing the opportunity to get your video ads viewed. So, make sure that your ads are meeting the criteria defined by IAB and MRC. When it’s about video ad viewability, you can improve the metric by providing a premium user experience, optimizing ad placement, and video player.

Pro Tip: Do not serve the same pre-roll video ad multiple times during a video content series, and do not reuse video spots without considering the video player screen aspect.

Looking for more tips and strategies to optimize video ads? Read this article to find everything you need.

Video ads are visually attractive and appealing. And they have the tendency to help you connect better with your audience. Although video ads have long been used by publishers, there are a handful of publishers that are still struggling with video monetization models. So, if you are also waiting for the right time to start with video advertising, it is now! Let us help you to include video ads in your monetization strategy.