Automatad Team
Programmatic video may look nascent, but the demand is steadily increasing every year.

eMarketer reported that $34.92 billion will be spent on digital video advertising this year by the US marketers. And, 49.7% of the total video spend will be through the programmatic channels. So, the programmatic video will be contributing to the major chunk of your ad revenue in the near future. 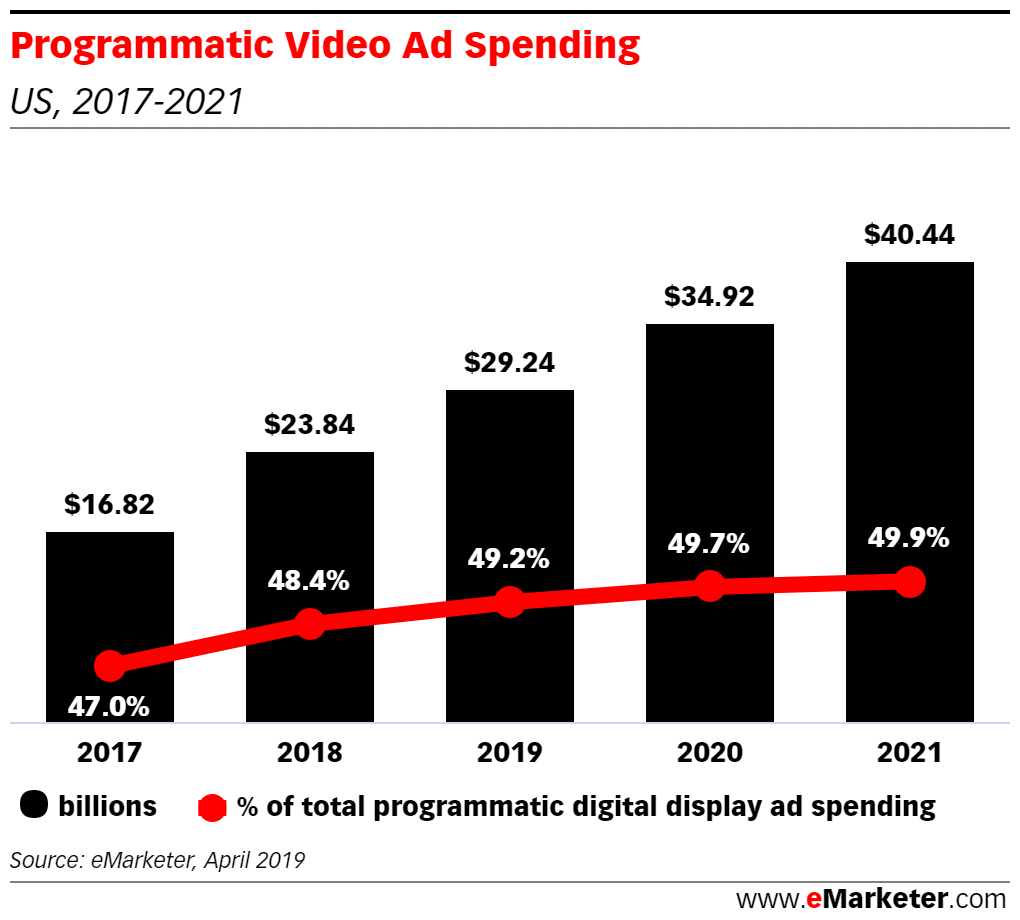 By being here, we can see that you’re progressing towards the right path (programmatic video advertising). A study by Forbes and IPG Media Lab found that consumers are twice as likely to remember a video ad (or any branded content) than a display ad (a banner image).

Besides, users are more diversified than ever. Buyers can’t close a deal with a handful of premium publishers to cover the entire market. As premium publishers are continually exploring paywalls and newsletter options, the probability of running a video on the premium placements is still in question. We believe it’s time for you to jump right in.

What is the Programmatic Video?

As the name implies, the programmatic video is the video impressions or video ads traded programmatically with the help of SSPs, DSPs, and Ad Exchanges. It requires the same set of technologies and infrastructure as programmatic display advertising.

What are the Formats of Programmatic Video?

At present, there are three formats of programmatic video.

Similar to display sizes, video formats will allow both the publishers and advertisers to experiment and pick the suitable format.

Instream video ads play along with your video content, thus making it completely adaptable to the environment. But it also means you have to maintain a video library on your own so that you can run ads.

The unbeatable advantage of Instream video ads is that they’re initiated by the user. It doesn’t autoplay while reading the content.

Outstream video ads can be played with or without your own video player and content. The out-stream video format is suitable for publishers with a huge chunk of editorial content and little to no video content.

The ads in this format are usually auto-played without any sound when the viewability rate is over 50%. Users can choose to view the video completely or scroll-away to skip it. Outstream video ads are also capable of demanding higher CPMs as the advertisers are only charged for viewable ad impressions.

In-banner video ads usually come along with standard banner ads (300×250 or 728×90). They are auto-played without any sound and can be longer than the other formats as there is no time limitation.

These ads aren’t user-initiated and could distort the page layout when implemented in the wrong way. On the upside, you can try them without the video player or video content. Publishers have been experimenting with different in-banner video formats. 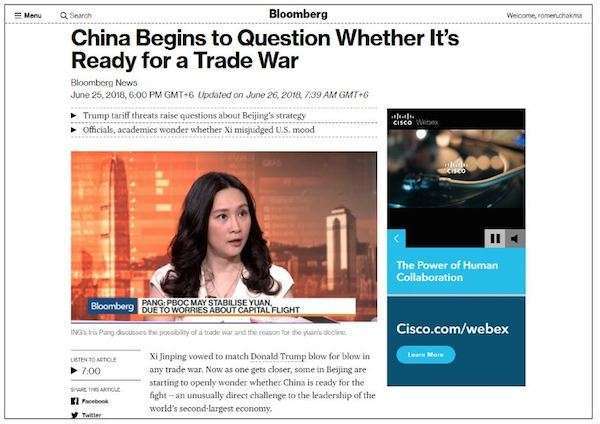 Of all sizes, 970×250 is considered the best as they yield higher viewability rates.

Why should you try programmatic video?

When you let all the dust to settle, you can clearly see the benefits of programmatic video yourself. As you already know, it all starts with transparency and scalability. Programmatic videos are one of the best transparent ways to monetize video content on your properties. And, of course, it is scalable.

If you’re able to maintain a streamlined supply chain and niche audience, you’ll be getting the best out of your content. eMarketer outlines that the average CPM of programmatic video ads is around $43. It is 3x more than the average CPM of display ads. The takeaway here is not the exact numbers, it’s the 3x increase in CPM.

If you’re concerned about user experience, take a look at this chart by IAB. 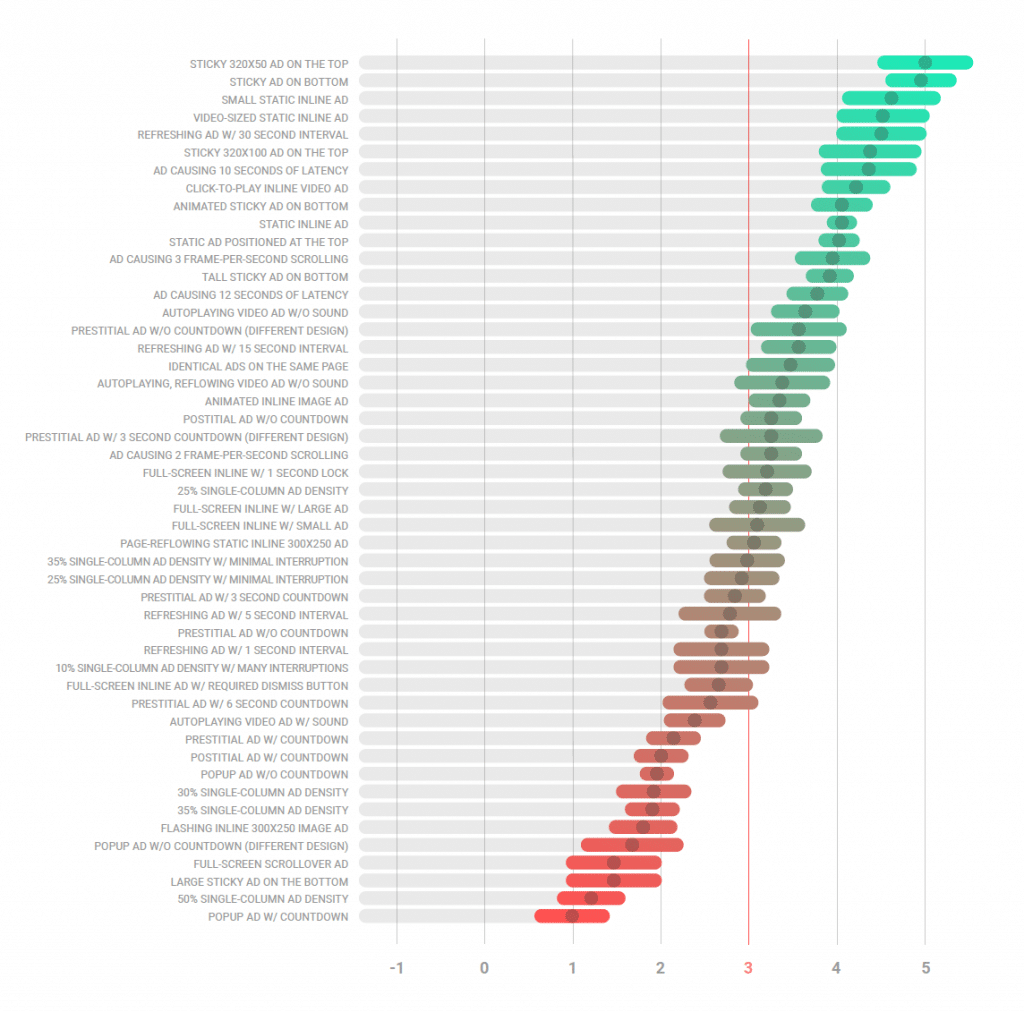 It is clear that full-screen ads, pop-up (with countdown) ads, prestitial ads (blocking the content), etc. would be bad for the user experience. But, running a non-intrusive video ad without any sound doesn’t affect the users. Experiment and find the ideal placement before rolling out the ads across the site.

Noticeably, the demand trend is concerted towards premium and a few mid-market publishers. The rest is on the walled gardens (Facebook, Instagram, etc.).

However, the publishers’ adoption rate plays an important role in the future of programmatic video. If advertisers are seeing a lot of promising impressions (for lesser eCPMs), they’ll be happy to turn back to the open internet.

The most pressing problem of video header bidding is latency. It is a fact that the users are drilling down the video channels to consume more content.

Online videos will make up more than 80% of all internet traffic by 2020.

When a user shifts their consuming behavior, both the publishers and buyers are compelled to follow the suit. That’s why you’re seeing a rise in new video channels across the web. But, there’s a problem.

When you trade impressions based on user data, placing the right video ad at the right time is not an easy task. Especially, the rich content formats multiply the page latency and deface the mobile layout (in case of low bandwidths).

So, obviously, publishers would prefer to keep the content, lite. On the contrary, buyers are willing to experiment with rich formats because of the users’ fondness towards video content.

The solution is to take a pertinent approach. If you’re implementing video header bidding, make sure the partners are active and winning. You can have a backup (waterfall) to fill the impressions, but ensure the setup is optimized for speed.

With the complexities involved, you can say that the implementation is quite technical. Whether you’re going with a third-party (which takes care of everything, so no transparency) or using an open-source wrapper (prebid supports video header bidding), you have to deal with errors.

But the differences between VAST and VPAID are not so simple, it is better to understand them in detail.

The industry has made its first step already. With the increasing demand rate and CPMs, publishers aren’t going to hold back from the video ads. That being said, advertisers prefer quality and transparency as they did before for programmatic display advertising. Our advice is to gear up your site and make sure it’s ready when the storm hits the shed.

How Publishers Can Optimize Video Ad Delivery for Higher Revenue?

How to Get Started With Video Ads?

What to Look For in a Video Monetization Partner?