How to Maximize Your Programmatic Video Ad Revenue?

Publishers have started implementing video ads as it tends to get better CPMs. But that’s not the end, it’s the start. If you have been running programmatic video ads (in-stream or outstream) and looking for proven ways to maximize video ad revenue, then let us help you. Please note that we have listed all the strategies here and you can pick the right ones based on your requirements.

Just like it happens with display ads, header bidding increases your revenue from programmatic videos as well. When you implement Video Header bidding, the bid first goes to the external bidders and then to the Google ad server, this makes the playing field leveled for all the players.

Video players like JW Player have inbuilt header bidding capability. It improves the monetization opportunities for publishers, helps in accessing premium demand, leverages the video metadata to boost the demand and fastens the time to the first frame. Also, the integration is easier with video bidding players.

You might have a very engaging and contextually relevant video on your page but the users may pass through without playing it. Therefore auto-playing videos solve this problem by eliminating the need to start them manually. They will start playing the content as soon as the page gets loaded and if it catches the user’s attention then they keep watching it. Now, whether it is a video ad or video content with ads in it, in both cases, the ads get a high probability of being watched.

Remember to follow the IAB standards while implementing auto-playing video ads. The IAB standards say that while the video can start playing automatically but the sound should require user interaction. In other words, the video should be muted while it plays and the users should unmute it manually if they want to listen to the video.

Video docking allows the user to interact with the website without the need to stop/close the player. It is a non-intrusive way of keeping the users engaged and allowing them to read the content at the same time. Without docking the video, the user would have to close the video and any chances of catching the user’s attention would have been gone. So, you can use video docking to improve the viewability of your ads. That being said, it’s important to consider user experience while doing so. If you are driving away the users, then it’s not worth it to dock the video player as the user scrolls. 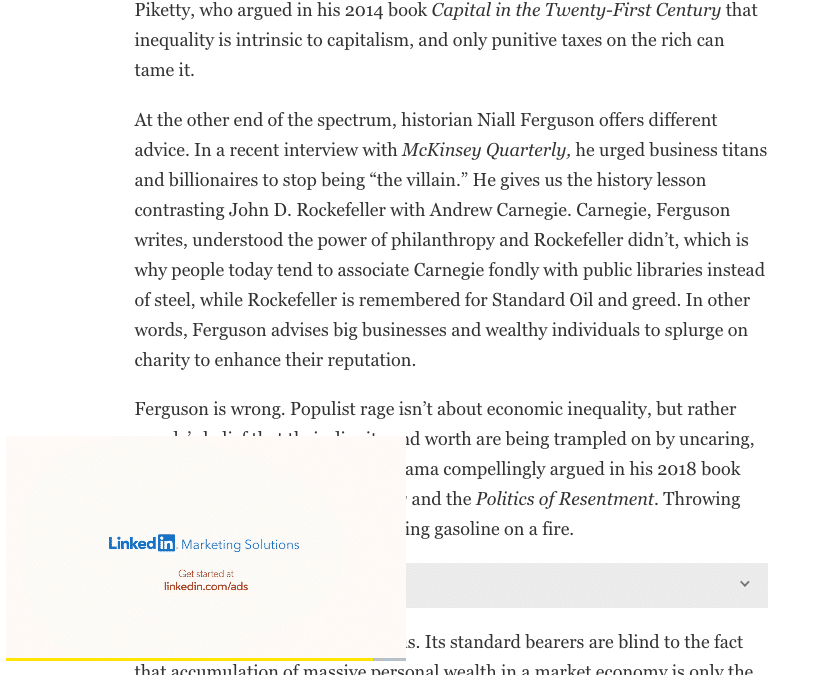 When the demand for video inventory started to rise, the biggest problem was the lack of supply. It was because the video ads could be played only in video content, which is difficult to produce at scale. Outstream video ads solved this problem by making it possible to play video ads without the need for video content. Outstream video ads are also considered less intrusive, and that is the reason why more and more advertisers are giving preference to them. A research conducted by Teads says, “Over 2 in 3 brand professionals who have heard of out-stream did so in the last year”.

There are multiple formats available to show out-stream ads:

In-Article Video Ad – It appears between paragraphs of editorial content

In-Feed Video Ad – It appears between inside a feed, for example, a list of news articles on the homepage.

Rewarded Video Ad – It is for apps and games publishers. It rewards the user for watching the ads. For example, a mobile giving you an option to watch a video and earn 100 in-game currency.

Interstitial Video Ad – It is an ad placed at the transition point between two experiences of an app or a website.

If you have a lot of video content along with your articles, like Investopedia, then using a large video player can catch more user attention. It will increase the click-through rate of your video content and hence there will be more chances for you to earn through your in-stream ads. Whereas if you are using out-stream ads, then a larger video player will increase the viewability of your ads. In both cases, your revenue from programmatic video ads will increase. But keep the user experience in mind while doing so.

For the best results, place the video player above the fold. Make sure the content is in the right aspect ratio, for example, 16:9 is best for horizontal videos on mobile devices, 9:16 is for vertical videos, 4:3 is best for devices like iPad and some older devices. The minimum resolution should be 600×400. Use responsive video players for mobile devices.

Viewability is the measure of whether an ad had an opportunity to be seen. An ad would be of no use if it couldn’t be seen by the user. Advertisers always value viewability and therefore increasing it would also increase the demand for your video inventory. According to Ad Manager data studied by Google, “Increasing the viewability of your video ads from 50% to 90% can result in more than 80% revenue uplift (averaged across desktop and mobile sites).”

Here are some tips to increase viewability

Make it easy to target

Advertisers need to show the right ad to the right user for successful campaigns. If you can help in doing so then the buyers will prefer your inventory. To make it possible you can use your first-party data and IAB’s guidelines on Identifier for Advertising. When there is more data available about the user then it becomes easy to decide which ad will be the best for the user, and hence, even the click-through rate improves.

eMarketer’s prediction of significant growth in new ad formats like stories (the ones which you see on social media) points towards the shift of market preference towards vertical ads. Although there has not been much development in the field of this format, soon there will be solutions available to publishers. Currently, it is easier for app publishers to implement vertical ads as compared to website publishers. Some big publishers like the Washington Post have already jumped into the bandwagon and the AMP Project also has solutions for Story Ads. If we observe the current story ad on social media platforms we see that it captures the whole screen of the user and therefore it gets the complete attention of the user. Therefore, vertical ads can become common in the future and publishers should try to get the early mover advantage. 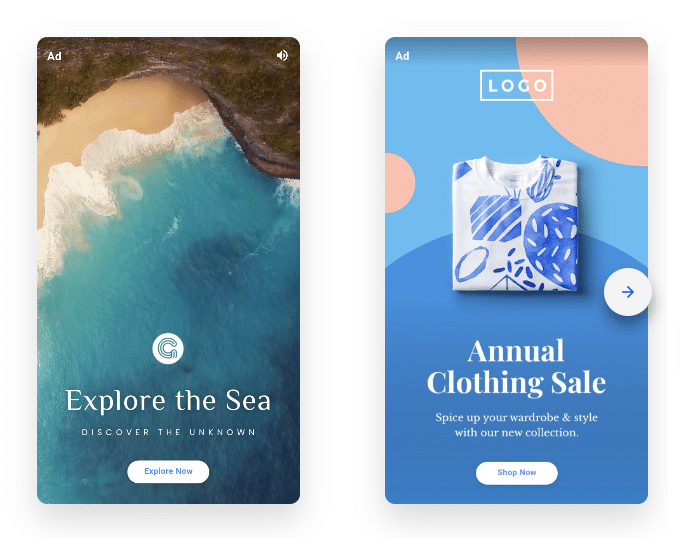 Video ads are already ruling the roost in the digital ad industry and programmatic is the preferred method to do it. Due to the demand, the revenue is generally higher than the display ads. But there is always room for taking the revenue higher. While implementing programmatic video, keep the above tips in mind so that you are not missing any opportunities. Need personalized recommendations? Reach out to us.

How Publishers Can Optimize Video Ad Delivery for Higher Revenue?

How to Get Started With Video Ads?

What to Look For in a Video Monetization Partner?

Next Post
9 Reasons Why Your P...
0 Comments
Leave a Reply Cancel Reply