How to Improve Your Ad Viewability (and Ad Revenue)?

Back in 2011, IAB, 4As, ANA came together to form an initiative called “Making Measurement Make Sense (3MS)” and the first goal is to define ad impressions and ad viewability. In just a few years, it has become one of the crucial factors determining the success of ad campaigns on the internet. But ‘how to improve ad viewability?’ has remained a question.

As a publisher, ad viewability directly impacts your bottom line. No one wants to pay for non-viewable impressions. From SSPs to DSPs to Advertisers, everyone wants to know your inventories’ viewability. But ultimately, increasing the viewability is on your plate. Considering the rise of vCPM (viewable CPM where advertisers have the leverage to pay only for ad impressions that have been deemed viewable as per the MRC viewability standard), we don’t have a choice.

So, here’s a definite guide to identify and optimize the factors affecting ad variability.

How it all started?

Before diving in, let’s take a quick recap. Shall we?

Advertisers (to say, the majority of them) calculate their ad spending based on the impressions delivered by the publishers. So, when page loads and ads are rendered as they meant to be, an impression is counted. Advertisers have to pay for it.

But wait, what if the ads are below the fold and the user didn’t care to scroll down the page. As you know, unseen advertisements don’t deliver results, which, in turn, impacts the ROI. Then, the digital advertising ecosystem came up with a solution called ‘Viewability’.

As per the IAB’s (Internet Advertising Board) recent description – An image ad is deemed as viewable when at least half of the ad (ie 50%) is in view for one second. Users need to see the video ads for at least 2 seconds to consider it as ‘viewable’. Let’s leave the debate on the effectiveness of the standard in this piece.

Note: The MRC said, it plans to shift the viewability standards to 100 percent pixels. Here’s the full story.

Why Should Publishers care about Ad Viewability?

It’s quite obvious, isn’t it?

Without the viewability, Advertisers won’t be interested in placing ads in your inventory. To be frank, programmatic advertising has improved drastically from the stage where publishers can sell inventories based on impressions. Now, it’s a combination of several factors and ad viewability is an essential one.

A lot of factors impact your ad viewability and it isn’t possible to leave any of them to solve the viewability equation. That being said, it’s quite easy to sustain the best practices once you’re done with the initial groundwork.

Based on the study by Google, the size of the ads has a severe influence on viewability. The research shows that the most viewable ad size is the vertical unit.

It is worthy to note that larger ad units have higher CTR but not viewability. So, design and place your ad units accordingly. Also, we’ve created the best mobile ad sizes list for your reference. 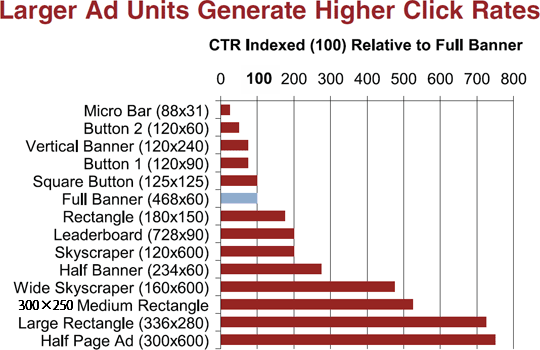 Here are the average ad viewability rates of video ads across various geos. How to use this?

Consider this as a benchmark and always try to keep your average viewability above the numbers. Because advertisers tend to buy the impressions which have the best viewability in specific geo. Even if the buyer is bidding for all the viewable impressions (> 50% of ads are in view), DSPs have the capability to weed out the rest from the best. 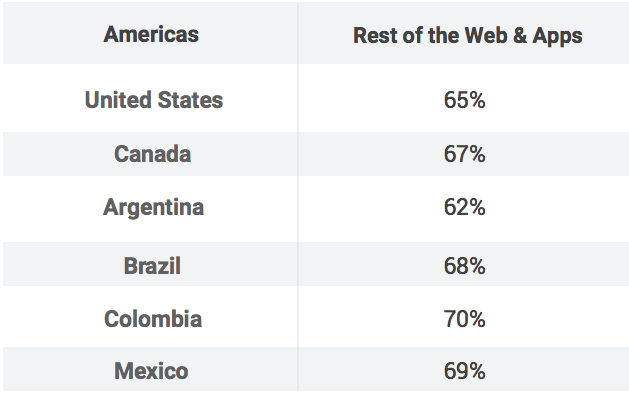 Ads that are placed exactly above the fold are largely viewable while those located at the top of the page have less viewability.

Having said this, ads above the fold have a median viewability of 68% and those below the fold had an average viewability of 40%. We do insist on taking this metric not so seriously. Why? If your content is engaging, users will eventually scroll down to read more. Hence, BTF ads might be getting almost the same percentage of viewability as ATF ads.

Engaging your users will better your domain’s viewability than switching between above the fold and below the fold. 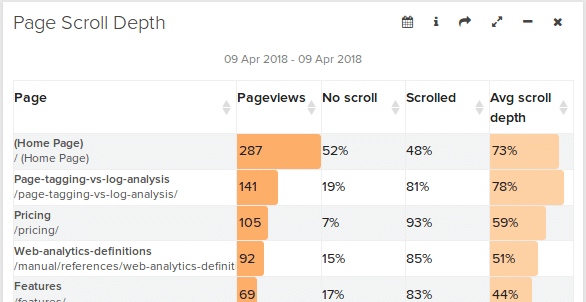 If the user tends to scroll more and reach the 80% of the page, you don’t want to clutter your ATF with ads. Disperse your ad units throughout the page based on engagement metrics.

Research says, shorter the content higher is the viewability. A single fold page makes it easy for users to get through content more effortlessly.

But that doesn’t mean you should write short-form content. Your readers and the topic should always decide the page length.

The Arts & Entertainment industry has an average viewability of 48%.

Good user experience is created by developing responsive ads. Receptiveness makes sure that ads are browser and device compatible making it convenient for viewers and bettering ads viewability and returns for your business.

Page design is yet another major factor playing a crucial role in your ad viewability. Following a good design, the standard can help you in viewability. For instance, a streamlined page frame with fresh and clean design visuals make a page pleasing with enhanced viewability.

Readers tend to delve in and placing the ads along with the other content will improve viewability drastically.

Naturally, a website with ads from different ad networks is coupled with high load time. Because of poor load time, the users tend to get away from the website without even viewing the content; then, where’s the possibility of ads to be shown?

Thus, it is important to concentrate on speeding your page and ad load times in order to improve viewability. Here are a few techniques to improve the load speed of the ad/ page.

Nowadays publishers are repeatedly interested in employing a fixed placement, or position so that the ads can stay within a selected area of the page even when the user scrolls down the page. This implementation or method is known as Sticky Ads.

But, we advise you to be wary of the number of sticky ad units as it drowns the user experience (and Chrome hates it).

If you are looking for an enhanced user experience and increased viewability, go for a sidebar layout. As the sidebar is always in view, you can easily place ad units, yielding higher eCPM and providing a seamless experience to the reader.

Here’s how The Washington Post runs ads on its sidebar. 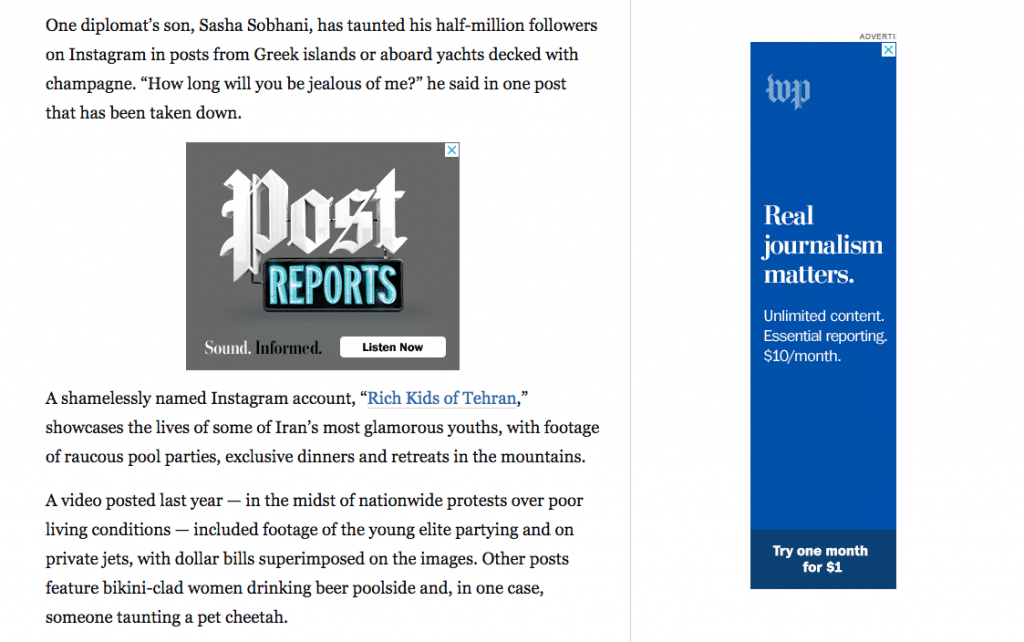 Don’t increase the number of ad units with the goal of improving revenue. You might end up doing the opposite.

Why? Your users are here for the content; not for the ads. Interfering ads and pop-ups are always irritating because they compel them to take actions that may be irrelevant at the time. We advise you to enable ad refresh which scans multiple data points and refreshes the ad properly.

Referral Traffic is yet another affecting factor for increasing ad viewability. Most probably, you’ll be having many traffic acquisition channels and POAs to guide the marketers. We’re not asking you to change your acquisition channels, but consider tweaking the ad units based on the referral. For instance, Google typically sends users who are looking for a particular piece of information. This means they’ll stay longer. 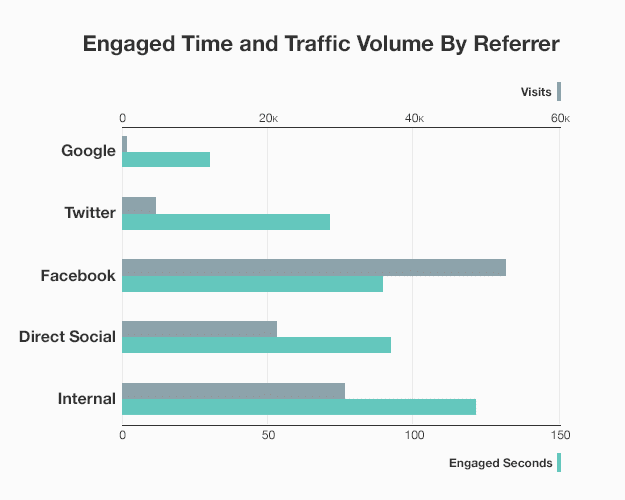 What can you do with this?

First, segment the pages which get most of the traffic from Google and try to append ad units BTF or at the end of the article.

How to Improve Ad Viewability?

All the factors mentioned above are vital if you aim for better ad viewability and higher CPMs. As the one who’s done it for many publishers, we can assure you that the optimization of the aforementioned factors will yield impressive results. However, you should also consider following the best practices to maintain higher ad viewability.

1. Utilize most of the room on top of the fold of your website. As you know better, that the ads positioned in this vicinity get the most visibility, so give more attention to optimizing this space.

2. Scrutinize every page element to look for improvements in ads. You can build the masthead slightly lean or trim down the space occupied by your videos.

3. Don’t backload your ads until they’ve been pulled in-view by the users. This is called lazy loading. Using this method, publishers can greatly progress their ad viewability score and page load time.

4. Implement advanced ad refresh. i.e., refresh based on ad viewability and user engagement on the page. Why? Viewability can increase by up to 50%.

5. Experiment with a range of ad sizes and start looking for the one that works best for you. Although it is mentioned above that the vertical ad sizes (especially, 120 x 240 units) achieve the best results in general, you may perhaps want to spot which size goes well with your users*.

*Don’t keep changing the units in a few days. It may take a week for most of the demands to analyze and act accordingly.

6. Keep on maintaining and making improvements to your page design to lessen page load time. This will not only assist you in gaining better ad viewability but also guarantees better performance across every facet.

7. Cross-domain iframes are problematic as they block the crucial information such as URLs, texts, and geometric values of the element that contains the ad creative. IAB introduced SafeFrame which allows secured data collection, proper viewability measurement, and transaction of rich media ads programmatically.

Some of the important trends in the industry such as SSL, ad blocking, HTML5/Flash, Google AMP, etc, can seriously affect viewability. Thus, it is pivotal to make viewability reporting, optimization, and benchmarking a part of your ad strategy.

It is also necessary that publishers with low viewability, invest in time, perhaps invest to redesign their website to improve ad viewability. Always have an action plan in place to monitor the factors and start working on boosting ad variability. Need personalized recommendations? We can analyze your site, placements, units, and viewability data to give you actionable suggestions. Reach out to us today.

How to Increase Your...

Next Post
What is Yield Manage...
0 Comments
Leave a Reply Cancel Reply