Automatad Team
Data discrepancy between your Google Ad Manager and Google Analytics account can be a source of frustration for you and your advertisers. In this article, we’ll discuss the reason for this issue and potential solutions.

So you have just integrated Google Ad Manager and Google Analytics. But when you switched from one report after another, each page showed some discrepancies between GAM and GA data sources of information. Does that sound similar to you? Worry not, you’re not alone in this. That’s a question we’ve been asked numerous times by several publishers.

When it comes to comparing data, the major difference in reports lies within reports that include total ad impression, unfilled ad impression, fill rate in GAM, and pageviews and sessions in Google Analytics. That being said, it’s important to understand the difference between the metrics of Google Ad Manager and Google Analytics, and if there are discrepancies in the reports, then how to reduce them. Before we jump in, let’s have a look at why the data points aren’t lined up properly.

Reasons Why Data Discrepancies Occur Between Ad Manager and Analytics

In a standard setup, the Ad Manager counts each ad impression when the server responds to an ad request and serves the ad creative. Whereas Google Analytics requires the user’s browser to execute its tracking code in order to count page views. In other words, both Analytics and Ad Manager load and execute separate JavaScript code on the website.

Ideally, the snippets should be loaded asynchronously. However, it is likely that one of these JavaScript code loads and the other doesn’t. Let’s say, you placed the Analytics code at the header of the page as usual, and a user-entered and exited the page before loading it (and executing the GAM code) completely.

In this scenario, the Ad Manager might not count the ad impression because the ad server counts an ad impression when it responds to the ad request. But Analytics might count the pageview. This can make your reports inaccurate and you might see significant discrepancies.

What can you do? Ensure that both the codes are placed at the same location and load asynchronously.

Usage of iFrames in Ad tags

We’ve seen changes in the ways publishers are using ad tags. Today, almost every publisher uses iframes or Safeframes to house the ad tags instead of CSS-defined ad units. Therefore, if a user is served an ad with <iframe> tag and the user’s browser doesn’t support the tag, then the Ad Manager will not count an ad impression. However, Google Analytics will count it as a pageview. As a result, there will be differences in the ad impressions served and pageviews.

Ad blockers or firewall software installed on the user’s browsers are one of the major reasons why your stats are not accurate. Adblocker plugins do not only block ads but the tracking codes too from loading on the websites. In this case, your GA code gets executed but the server’s code doesn’t, and the reports you pull out may have different values.

What can you do? Identify the users who are using ad blockers in their browsers. Because the adblockers will always cause some discrepancies, try these tips. They will help you recover the ad-block revenue and reduce the differences in the future.

You’ll see a difference in data when the timezone of your Analytics account doesn’t match with the Ad Manager reporting time zone. For instance, if you are on the Beijing Standard Time, your Google Analytics account displays the time in UTC-8:00 while Ad Manager displays the time in IST-5:30. Since there is a discrepancy of a few hours between the two, you may sometimes see dates overlapped in the reports. Hence, inaccurate reports. 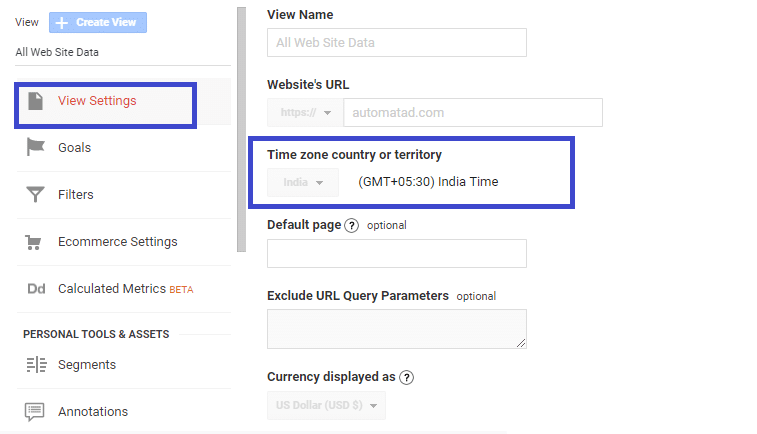 Make Sure your Analytics and Ad Manager Codes are Placed Correctly

A common source of error is when the Google Ad Manager code and Analytics code are not installed correctly on the page. For this reason, it is critical for both codes to be installed properly on the same page of your website and in the right HTML locations. Next step is to ensure that the customized settings must be consistent when they are used across products (Google Ad Manager, Google Analytics, and Google Tag Manager as well) in order for your data to be accurate.

For instance, if you’ve set-up the website with a custom name (example.com) in Google Analytics, the domain name should be the same in Ad Manager before the server sends the first GPT request to the demand channels.

What can you do? Ensure that both the codes are placed at the same location and double-check the details across all (GA, GAM, and GTM).

Clicks and Sessions aren’t the Same

It’s known that Google Ad Manager counts clicks and ad impressions, while Google Analytics tracks sessions and pageviews. For example, a user clicks on your ads thrice in 15 minutes without closing the browser, Google Analytics will consider it as one session. But Ad Manager will count three clicks. So, do not confuse clicks with sessions in the two reports.

It seems that not everyone is aware of this but it’s an important difference to have on your radar. Google Analytics gives you full visibility on everything that happens on your website while Google Ad Manager gives you a filtered view of your data (and doesn’t include invalid clicks in the reports). So, if there is a difference, it could be because of invalid activities on your website.

What can you do? To remove discrepancies between GAM and GA Data reports, identify the invalid activity and remove it from your website. This guide will help you in tackling the challenge.

Chances are high, that you know what is a passback method in Ad Manager. But have you ever thought if it contributes to discrepancies in the reports? In passback, the ad server returns a third-party tag to the user’s page, and if the third-party doesn’t have an ad creative to serve, the server makes another call to the next third-party to deliver an ad on the website.

If the third-party returns the ad, Ad Manager counts it as two ad impressions (first impression when the server serves third-party tag to the user’s page and second when it actually serves an ad to the user). But Google Analytics will count it as one pageview.

What can you do? Refer this guide to reduce impression discrepancy. This will help you even if you run header bidding and come across discrepancies in the reports.

The mismatched data you see in your Ad Manager and Analytics accounts are considered normal in most cases. However, if they’re greater than 10%, you might want to investigate what’s going on. We’ve tried to include the most common and specific reasons for discrepancies. Some discrepancies have little to no impact on your revenue while other discrepancies can be huge – impacting the revenue significantly. So, if you find huge differences in the reports, make sure to resolve them ASAP.