Invalid Traffic (IVT) – Everything You Need to Know

Any publisher with quality content and millions of visitors/mo. will attract search engine bots and other unsolicited malicious bots. While search engine bots help you get the traffic from search engines (for instance, Google has Googlebot), malicious bots are dangerous for your website as they contribute to a lot of invalid traffic and are designed to carry out numerous illegal activities and fraud.

Without proper attention and precautionary/preventive measures, you can lose your revenue and readership to invalid traffic. It’s not just you, top media properties are also grappling with invalid traffic.

CHEQ, an anti-fraud vendor, reported that 77% of malicious ad traffic on the US websites is highly sophisticated. Another research shows that there is a loss of $1.27B yearly to publishers because of ad fraud and invalid traffic. Before diving into the reasons and preventive techniques, you need to understand the basics. You need to be aware of the invalid traffic on your site and should proactively take steps to curb them.

In case you’re dealing with ad fraud, we’ve covered the best ad fraud companies for publishers elsewhere on this blog.

What is Invalid Traffic?

Invalid Traffic (IVT) is the artificial inflation of impressions and clicks on a publisher’s website, which, in turn, causes an impact on publisher revenue. Invalid traffic includes non-human traffic as well as unintended clicks. Invalid traffic can be generated deliberately with valueless clicks and impressions. Typically, IVT comprises of:

There are two types of Invalid Traffic (IVT)

General Invalid traffic is always in the background and is considered as the least risky (or acceptable) form of invalid traffic. The crawlers and bots that come from non-threatening sources generate the traffic in the GIVT type. Some examples of GIVT includes:

– Traffic from unknown (but real) browsers.

Though they are non-human hits, all of them serve their own purposes. This, in turn, helps the ecosystem to measure, iterate, and improve. And, most importantly, GIVT traffic doesn’t engage with ads on your website.

So, do you need to do anything on your end to eliminate them while calculating served ad impressions and revenue? No. Most ad serving and tracking systems are sophisticated enough to ignore them by default. For instance, in Google Analytics, you can choose not to track the pageviews created by spiders and b0ts in a property.

When you hear invalid traffic in a convo, people generally are talking about SIVT. Because SIVT is traffic generated to click/view ads to increase the ad revenue. That’s not all. Fraudsters create SIVT to hijack devices, manipulate location data, spoof domains, and more.

This type of Invalid traffic is not easily detectable because the fraudsters use botnets to work on patterns that would never raise a doubt of non-human activity. SIVT requires proper coordination, advanced analytics, and substantial involvement of humans to identify and analyze fraudulent activities. This type of traffic is also defined as traffic that does not meet the criteria for proper ad quality, ad serving, and completeness. Some of the key SIVT examples include:

– Crawlers, bots, and scripts that pretend to be genuine users.

– Manipulating measurement of data and statistics with botnets.

– The false representation of ads and location data.

Apparently, you need to curb SIVT as it impacts your bottom line and credibility. 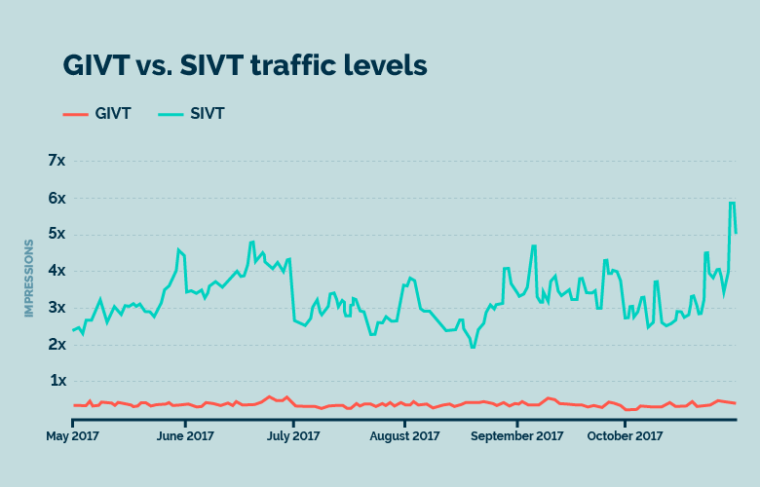 Why does Invalid Traffic exist?

IVT not only influence publisher revenue but also lowers the value of genuine impressions. Let us now understand the five major reasons why invalid traffic hits your website in the first place.

This is nothing but the fake user registrations and comments that are of no value to the business or other readers. The spam increases bandwidth and causes overloading on the website servers. This also leads to theft of data from comments, feeds, and live chats thereby ruining brand identity.

Audience extension services like Outbrain, Taboola, etc. can make your website prone to bot activity that leads to invalid traffic.

As mentioned in the introduction, any publisher with quality and high-value content on the website is more likely to get attacked by bots and content scrapers. The bots also falsify site analytics and post malicious links that hamper user engagement. This leads to the slowing down of the website and hampers genuine user visits.

The bots are programmed to attack the payments systems and this results in credit card penalties and other charges on publishers. Sometimes it also leads to terminating the merchant account. Bots also attack gift coupons, vouchers, or gift cards causing distrust among customers.

How to find and eliminate Invalid Traffic (IVT) on your website?

There is a simple checklist to identify and eliminate INV on your website:

– It is essential to identify the origin point, in order to eliminate the IVT. Have a closer look at the reports to drill down to the source of traffic and act accordingly. If you’re using a third-party tool (ad verification vendor), you can pull in more details – particular IPs or domains causing the IVT.

– While using paid traffic sources, the chances are higher that you receive invalid traffic. Hence, it is important to review your traffic sources. You can experiment with multiple paid media to track and measure what works and what are the sources with negligible IVT.

– Traffic from the data center may appear legitimate but at times it is confused with an authentic audience when actually the traffic is invalid. For instance, Trustworthy Accountability Group (TAG) announced a new pilot blacklist. This blacklist comprises data-center IP addresses associated with non-human ad requests. You can use the blacklist to prevent any unnecessary hits. 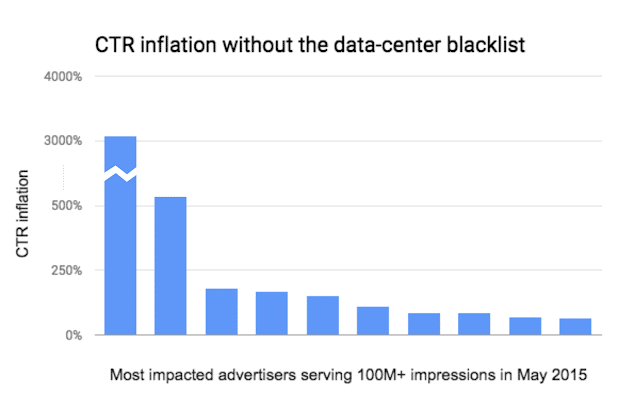 – When you detect any invalid traffic, do speak with your demand partner as they can help in detecting anomalies. Our ecosystem transacts billions of impressions every day and with the ad fraud verification/prevention vendors, it is quite easy for you to curb the IVT ad requests to the minimum level.

– Occasionally, anti-fraud tools may flag genuine human traffic as invalid if they can’t identify the source. In that case, you need to contact them to ensure your traffic is getting passed as legitimate.

– If you have an in-house team dedicated to taking care of programmatic advertising, you can try out open-source IVT detection projects like Nemeles.

– We can’t stress this enough. You should work with authentic and legitimate vendors who’ve made direct partnerships with ad exchanges and other ad fraud vendors. For example, at Automatad, we have partnered with all the major ad exchanges and Confiant (an effective ad fraud prevention vendor) to protect our publishers from all sorts of issues.