It was much easier for publishers to have limited ad-tech technologies, ad formats, and channels and devices to monitor. All they had to do is to optimize their websites for the desktops and monetize the traffic. Today, many people are using phones and tablets rather than desktops to connect to the Web. According to Statista, the number of smartphone users will surpass six billion in 2021.

This has led the publishers to ponder how to create a mobile-first strategy and better monetize the traffic. Since there are a plethora of technologies and strategies suggested by experts in the advertising industry, it’s difficult to decide where to begin and what strategy should be incorporated.

To help you with this, we have collated a list of tactics that you can use to effectively monetize your mobile website traffic. But before starting, let’s have a look at the latest mobile advertising trends* in 2020.

Mobile Advertising Trends for Publishers in 2020 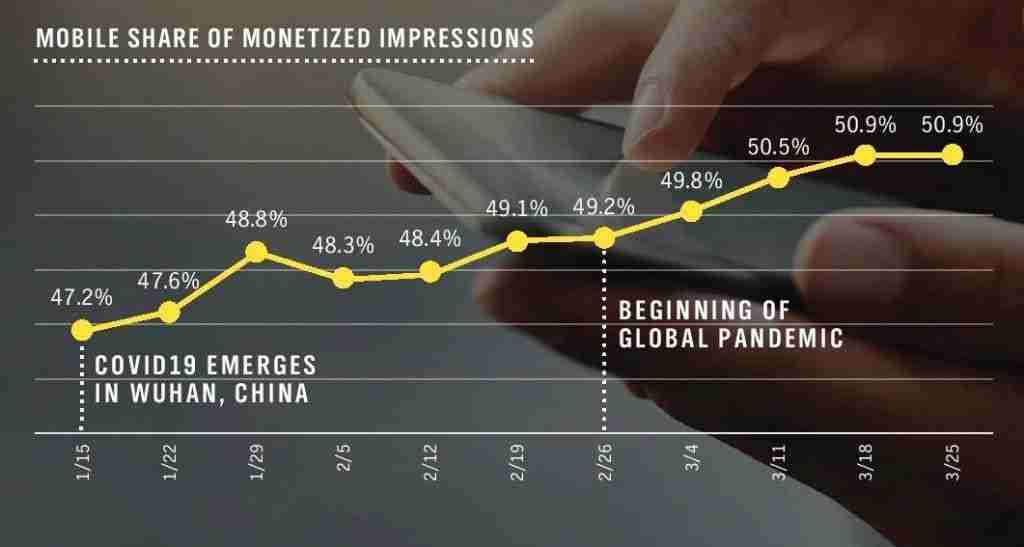 Now that you know how important is mobile for gaining traffic and increasing ad revenue, let’s start with tactics and strategies without further ado.

Mobile devices are slow due to cellular networks, CPU, memory, and a few other technical reasons. For the given reason, mobile web pages take more time to load than web pages on the desktop.

But why are we talking about loading speed instead of actual monetization steps? Because:

So, the first step to effectively monetize mobile traffic is to have an optimized website. This can be done by two methods – Progressive Web Apps (PWAs) and Accelerated Mobile Pages (AMPs). The aim to introduce these technologies was to improve the mobile experience and deliver faster pages on smartphones.

PWAs are lightweight pages that load the page instantly to reduce the loading time for web content as well as ads. Unlike mobile apps, PWAs don’t have to be downloaded on the device and look like a normal website.

One of the UK-based Sports publishers, GiveMeSport has seen positive results after trying PWAs (and reducing the number of cluttered ads) on the website.

“Since we launched the lightweight version and removed the [cluttered] ads, we’ve seen users get far more engaged and spend more time viewing the content and the ads. It was a bold decision [removing ads,] but it has paid off.”

Wired, a tech publisher, believes that launching a PWA enabled the team to generate more page views and more impressions per session.

“PWAs cache content, which speeds up the loading of ads and content. But users shouldn’t notice any difference to the site’s overall design, and salespeople shouldn’t see any change to the inventory they sell.”

According to Google, every minute you don’t have a PWA is a minute spent with 20% less revenue on your busiest customer touchpoint. 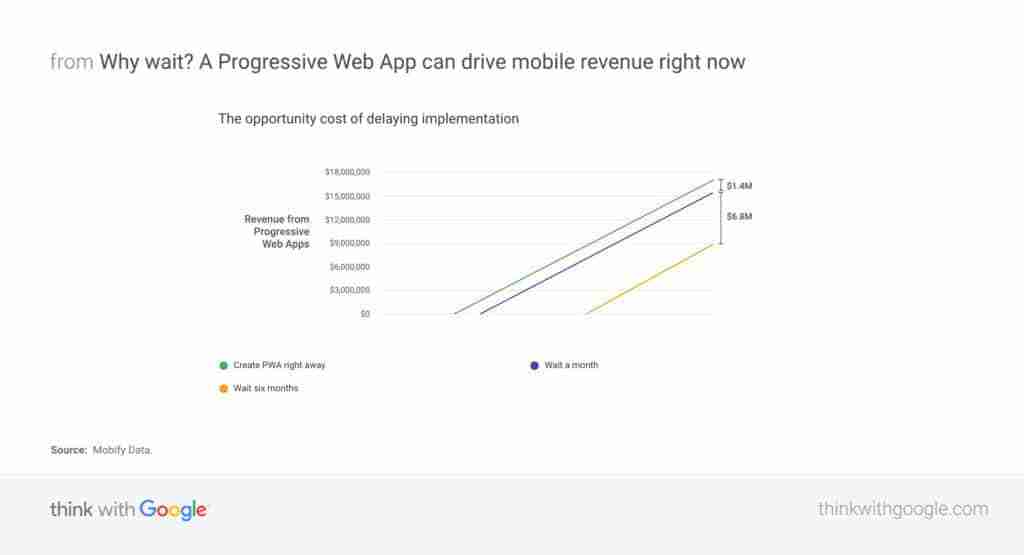 However, creating a new PWA is easier said than done because it requires a lot of technical expertise as well as a team of web developers. Besides, PWAs have a few other disadvantages such as high cost, restrictions on monetizing on Apple’s Safari browser. So, think wisely and start with a PWA if you have enough resources.

If you cannot create PWA for your mobile website, an alternative is Google’s Accelerated Mobile Pages (AMP). The framework reduces the code bloat, optimizes the mobile web page, and loads the sites faster than the usual website.

When AMP was introduced, it couldn’t support header bidding and all ad types. But today, almost all major Supply-side platforms support AMP monetization and can give you a hand to monetize AMP pages via header bidding. Additionally, AMP also supports a variety of ad formats such as video, native, carousels, etc.

India Today, one of the leading news magazines based in India has generated 23% more revenue per AMP page than its non-AMP page despite having a lower ad density.

“AMP provides an open standard for publishers to quickly load pages on mobile. This improves the user experience by giving them a lighter version of the content.”

Mobile website optimization is the first step to start with an effective monetization strategy. The next step is to know about the important ad optimization strategies for mobile devices. Because when you serve an ad to a mobile user, everything changes.

Optimizing Mobile Ad density is one of the best ways to monetize mobile traffic. It is a pretty old terminology in the advertising industry, but publishers rarely talk about it. But it is high time to step back and measure the ad density on your mobile web pages. Because, if your ad density is higher than 30%, then you might be annoying your users. As said by the Coalition for Better Ads,

“When mobile ads take up more than 30% of the vertical height of the main content portion of the page, the result is a disruptive ad experience, regardless of whether these ads are text, video, or static images.”

If the ad density is more than 30%, it becomes hard for users to focus on the content which makes them abandon the page. So, make sure that the ads are not exceeding the threshold. Otherwise, you will end up with bad ads and the risk of losing ad revenue. Mathematically,

#3: Add New Ad Formats and Sizes to Your Ad Stack.

Since the mobile user experience is not similar to that of desktop, the performance of ad formats and ad sizes may differ. According to one of our recent studies, 320×50 delivered ~53.7% to total mobile ad impressions. But when we analyzed the same ad size for desktop, it contributed hardly ~11% to the total ad impressions.

So, choose the right ad size to engage your mobile users and while selecting an ad size for your website, make sure that every mobile impression attains the highest possible value (in revenue, CPM, viewability, etc.). Besides, if you are only showing banner ads on your mobile web pages, then try using a mixture of other popular ad sizes and native ad formats on different parts of the user’s screen.

In the past few years, native advertising has seen exponential growth and provided an opportunity for publishers to capture users’ attention. Although a major portion of advertisers prefers to buy native ads on desktop, the average engagement rate (i.e. CTRs, average time spent) is higher on mobile devices than the desktop.

Compared to banner ads, native ads have a limited supply in the industry that makes the advertisers bid aggressively. So, if you haven’t tried native ads before, it’s time to grab the opportunity. 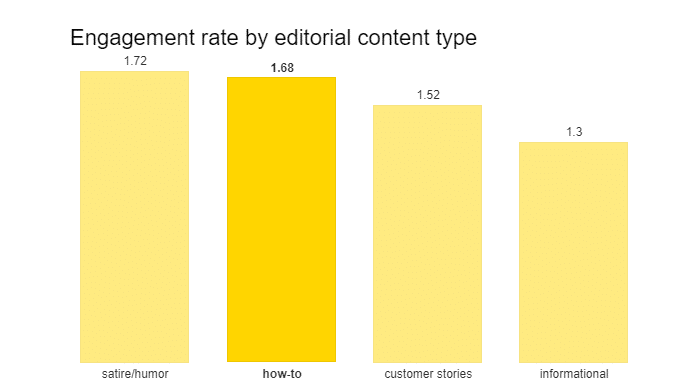 Finding the right audience and delivering the relevant ads is the key to avoiding wastage of ad impressions and increasing revenue. Knowing the fact of Safari and Mozilla blocking the cookies and Chrome on the same path; it has become extremely difficult for publishers to find an alternative to display targeted ads.

Furthermore, for a publisher monetizing the mobile web traffic and collecting the data for better targeting, applying the insights gained from desktop audience data will not work.

“By taking a stronger look at the source of mobile data, I think it’s going to open up some holes for people who have been taking desktop data into mobile at face value for the past few years.”

For mobile, it is the location (GPS) data that matters most to the advertisers. Because by using such data, advertisers can take advantage of both real-time locations in addition to other data. Since users can carry a mobile device while traversing, advertisers can customize their mobile creative message and can leverage geofencing, location (or place) analytics, etc. to serve the best-suited ad to the user.

For a programmatic mobile advertising set-up, you can share the location data with the Supply-side platforms (SSPs) and request them to pass it via bid request so that advertisers can identify the users and return a relevant ad.

Secondly, many publishers have started collecting the email addresses of the users via newsletter signups, event registration, online product (eBook, Whitepaper) downloads, etc. But it is understood that not all publishers can do this and gather a pile of email addresses.

For the said situation, there are advanced Database Management Platforms (DMPs) that can help you store the details of your website visitors for a given period of time and help you with serving targeted ads on the mobile web. Besides, many ad-tech partners are working on Unified ID solutions to find alternatives for cookie and tracking pixels to help the publishers without logged-in traffic.

Inventory transparency is not only important on desktop but it is also critical for mobile inventories. In general, a publisher should offer transparency according to the goals of advertisers to obtain the desired results.

“The mobile programmatic advertising space is complex and has a lot of moving parts, which makes advertisers and publishers want to spend their marketing budget wherever they can find the most trustworthy sources.”

If you think that mobile ad inventories aren’t at risk from ad fraud, then you’re wrong. With the growing number of malicious software and fraudsters, advertisers are becoming savvier about protecting their ad budget against fraud. And this leads them to prioritize the publishers whose mobile ad inventories aren’t adhering to the guidelines introduced by MRC and IAB.

For the time being, viewability on mobile devices should follow the MRC guidelines, and experiment with different strategies to increase ad viewability.

As more users are consuming the content on mobile devices than ever before, publishers have to turn to a mobile-first mindset while monetizing the website. So, try the approaches we have discussed in this article and analyze the impact of changes in your ad revenue. Also, keep yourself updated with the trending technologies (such as header bidding, PMP deals, etc.) to capitalize on the website traffic.

How To Optimize Page Loading Speed For Higher Revenue?

Finding the Right Balance Between Ads and User Experience

Next Post
How to Optimally Set...
0 Comments
Leave a Reply Cancel Reply