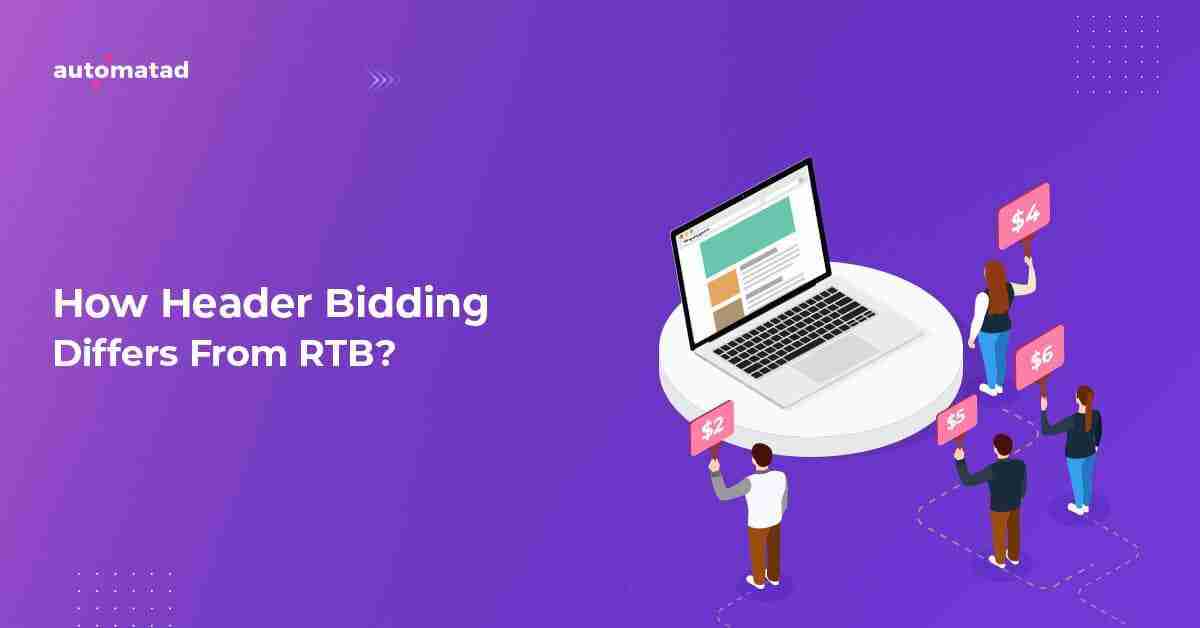 Before we start, have a look at the Venn diagram below. 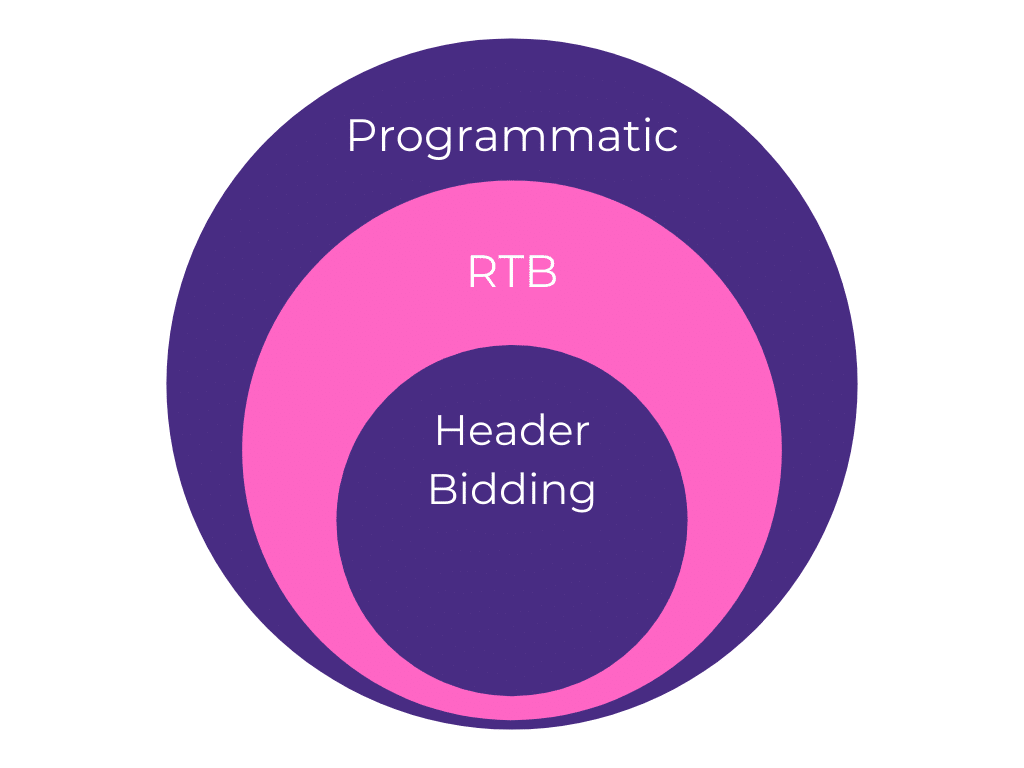 Sidenote: You may ask what is programmatic buying? Programmatic refers to an automated way of procuring or selling ads using technology. The process is not fully automated, it requires some amount of manual interventions too.

What is Real-time Bidding?

The process is called ‘real-time’ because it starts as soon as a user begins loading the webpage and ends within milliseconds as the ad is delivered after the page is loaded. The term ‘bidding’ shows that multiple advertisers will be placing their bids simultaneously to win the impression and the winner will deliver the ad.

Here’s a theoretical example of real-time bidding in its simplest form:

A male user in the age group of 25-30 years is opening a webpage on a news site. The data associated with the user shows that he is interested in fashion, grooming, and technology. The user has also recently visited the product page of an e-commerce website where he was about to buy a book. The available data makes the user an ideal customer for an apparel business, a business that sells hair trimmers, a smartphone company, and the e-commerce website where the user was just about to purchase a book.

Now the advertisers or the agencies working for these businesses would want to show their ads to the user. But since the ad slots on the page are limited, they have to bid the amount they are ready to spend to show the ad to the user. The bids will be made and the highest bidder delivers the ad.

Before the advent of real-time bidding, online advertising was neither so targeted nor so easy. In the initial days of the internet, advertisers used to directly contact the publishers to run their ads. It was just like the traditional newspaper ads.

Then came the ad networks that purchased the unsold (remnant) inventories from multiple publishers at bulk and sold them to advertisers. Although the ad networks helped publishers in selling their remnant inventory, a considerable chunk of the total inventory was remaining unsold.

As a result, ad networks caused the same problem that they wanted to solve. Both publishers and advertisers now had too many ad networks to deal with. Advertisers had no strong targeting criteria as well.

The above problem was later solved by the ad exchanges during 2007/2008. They gave the publishers a place to sell their complete inventory and the advertisers could also buy every impression based on their targeting criteria. Now that the advertisers were able to buy a more targeted inventory, they were ready to spend more and the publishers were able to earn more from their inventory.

How is Real-time bidding Used?

The mechanism of real-time bidding started to pick up and then the industry started using it in multiple ways. In the beginning, the auctions were conducted in order like a waterfall where bids were placed in a sequential manner(the second advertiser couldn’t bid until the first advertiser was done, and so on). Later RTB evolved and now we have Header Bidding, Private Marketplaces, Programmatic Direct, Preferred Deals, Video Player Bidding, etc that use RTB in different ways. 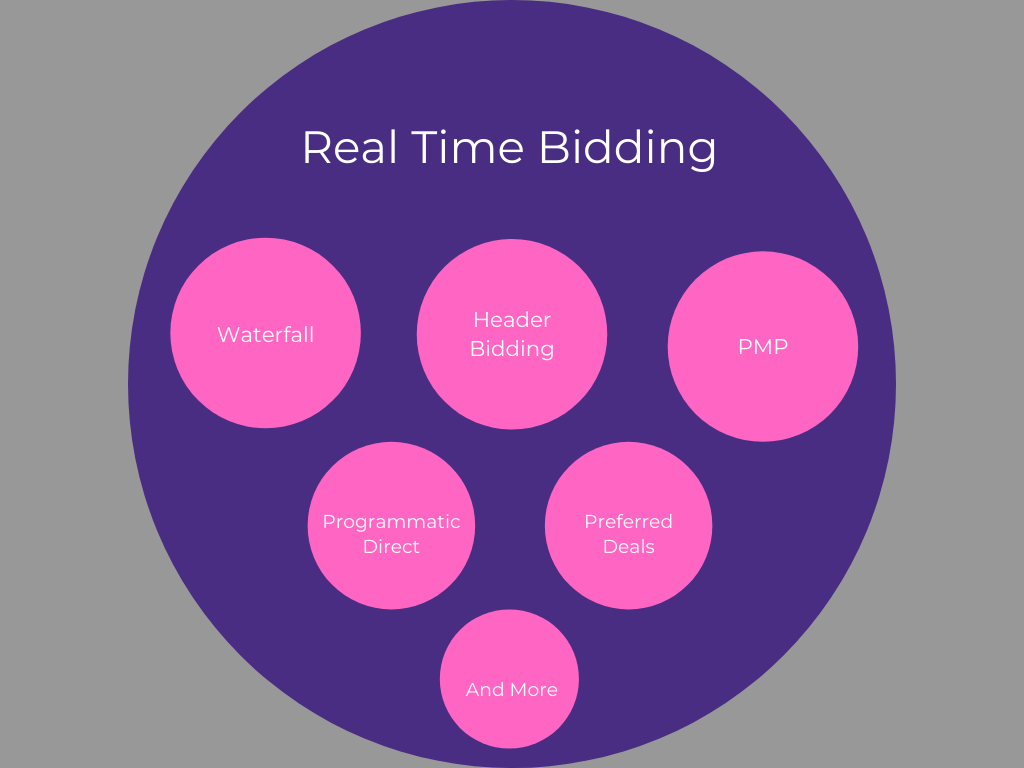 What is Header Bidding?

Header Bidding is one of the methods to auction the inventory through real-time bidding. It enables publishers to send bid requests to multiple ad exchanges and other demand partners simultaneously.

After the arrival of RTB and before the introduction of Header Bidding, there were still many inefficiencies in the auction process. The bid requests from the advertisers were not simultaneous. The bidders were arranged in a waterfall-like sequence. The top bidders used to be at the top of the sequence followed by the lower ranking bidders. So, the lower-ranking bidders were unable to bid when the bid-request first came to the top-rankers.

The sequential setup itself was the cause of many shortcomings like: 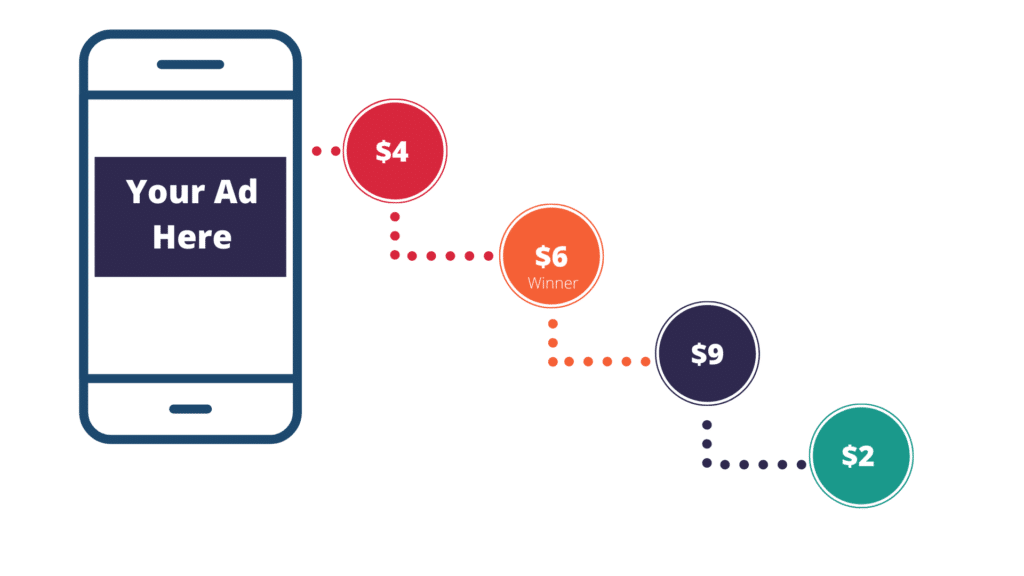 So how did header bidding solve the problem with a waterfall? It simply flattened the process. Instead of sending the bid request sequentially, publishers can now send the bid request to multiple buyers simultaneously. Due to the change in the process, the buyer with the highest bid wins the impression and publishers get the revenue they deserve. 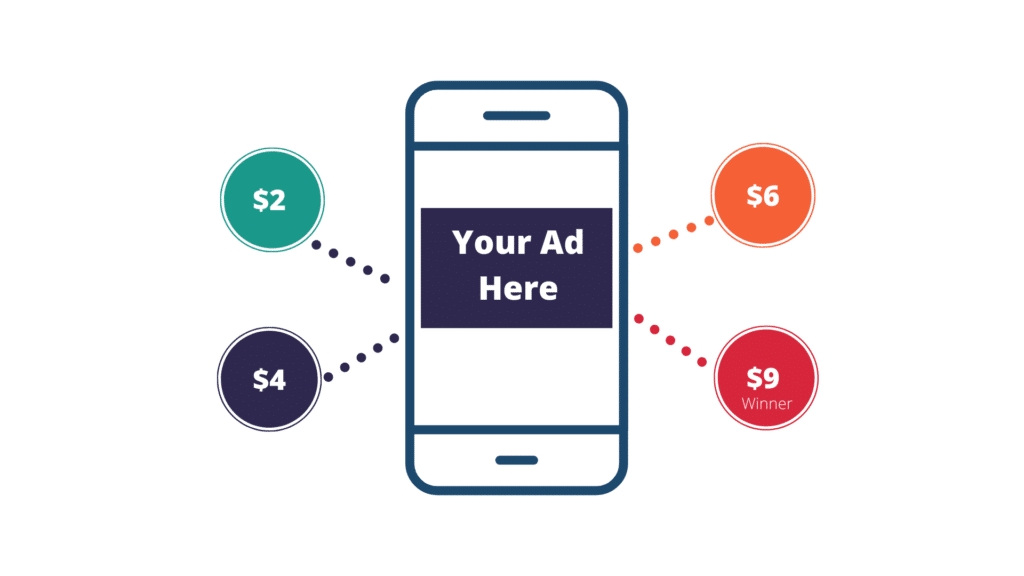