What Are Interstitial Ads And Can Publishers Use Them?

Automatad Team
What are Interstitial Ads? Can a web publisher use the format? If not, why? We answer all your questions on interstitial ads here.

Although standard display and video ad formats dominate the ad industry, a handful of publishers still display interstitial ads to maximize revenue. Why? It is because interstitial ads have higher engagement rates than other formats. If you have pop-up (or a prestitial ad) preventing the user from viewing the content, then they are likely to see it (100% viewability) and sometimes, engage with it. But most importantly, it isn’t going to deliver a great user experience – on both mobile and desktop.

“Prestitial “Countdown” ads appear before the content of the page has loaded, forcing the user to wait a number of seconds before they can dismiss the ad, or the ad closes on its own. These ads can disrupt users in a way that dissuades them from waiting for the countdown to finish and continuing onto their content.”

That’s why the majority of web publishers avoid it. In this article, we aim to cover the basics of interstitial ads, the pros, and cons of the format, and the best practices to get started with interstitial ads (in case you wanted to).

What are Interstitial Ads?

An interstitial ad is a full-screen ad that covers the entire interface of the user’s screen or at least partially for a period of time. When the ad is displayed, the user has the choice to either tap on the ad or close it and return to the web page or app.

An Interstitial ad on The Hindu’s App

The interstitial ad unit can be used to display any of the three ad types – text, image & rich media, and video. That being said, the ad format has a very clear starting point and stopping point, especially if it is a video. Interstitial ads go by different names including pop-up ads or persititial ads. While they are different formats, all of them deliver more or less the same experience for the users.

So, why can’t web publishers display interstitial ads on their sites? Let’s uncover the answers.

Before 2017, publishers used to rely on interstitial ads to increase engagement rates and hence, ad revenue. However, due to the improper implementation of the ad format,

Since an interstitial ad covers the screen of the device, users weren’t able to access the content. Soon, Google took an initiative and declared three types of interstitial ads as  intrusive: 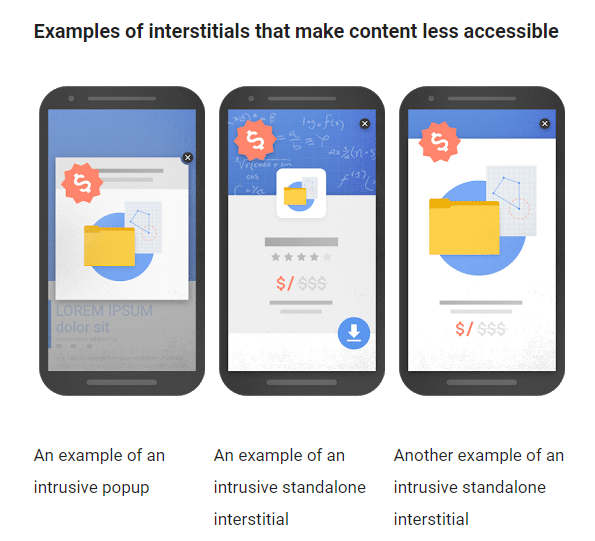 However, Google said that the interstitial ads used responsibly would not be affected by their new policies. Below are the exceptional ads that don’t come under intrusive interstitials: 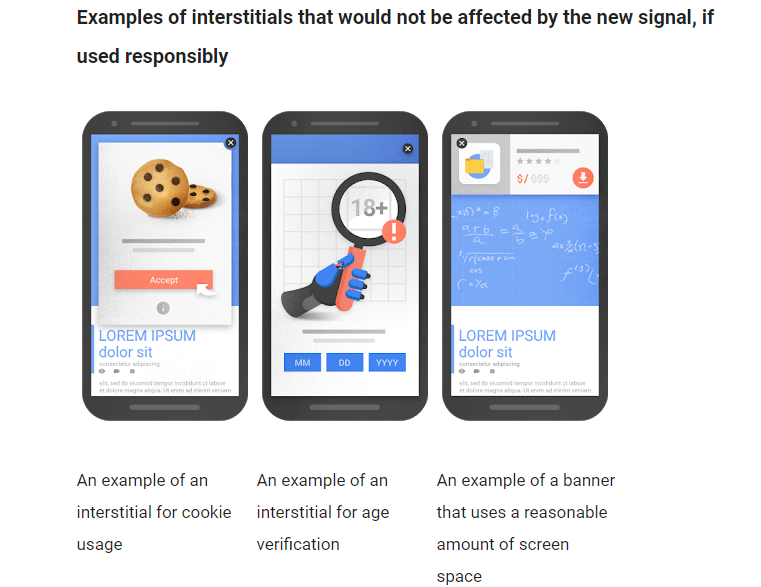 Due to Google lowering the search ranking of websites, publishers stopped using the interstitials and the ad format slowly disappeared from the industry. But, it is still famous among the app-publishers.

Sidenote: Some web publishers still use persitial/interstitial ads to hit their direct campaign goals. Our suggestion is to avoid the format altogether and prioritize user experience instead.

Moreover, Google has given a few guidelines for the publishers to consider in order to successfully display an interstitial ad without disrupting the user experience.

Things to Avoid While Displaying an Interstitial Ad 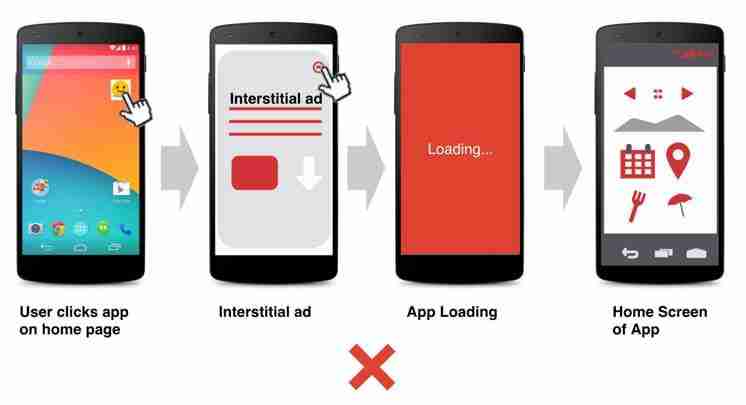 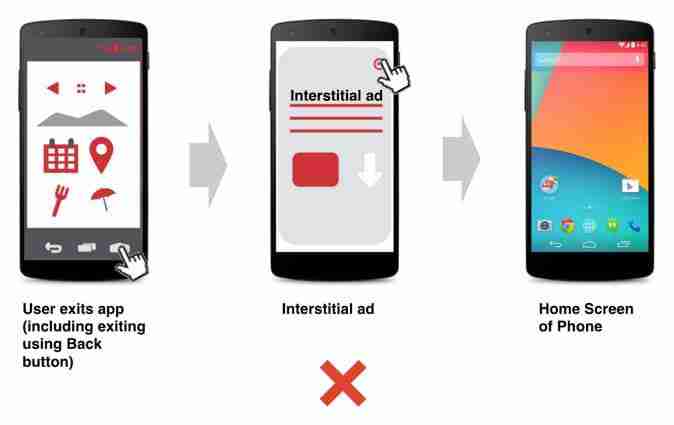 Interstitial ad before the user exits the app 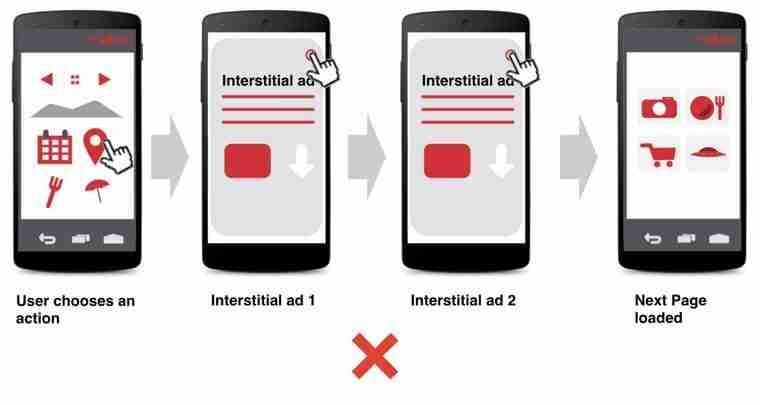 In nutshell, a publisher has to implement the interstitial ads in a way that they do not lead to accidental clicks and poor user experience. Besides, following the best practices will help you to keep users happy as well as comply with Google’s policies.

Interstitial ads can capture the undivided attention of the user which is very important for publishers and advertisers. If implemented properly, the ad format can surely help the app publishers to communicate with their readers and deliver the messages efficiently. If you are a web publisher, just don’t do it. In case you have no other choice, you can implement prestitial ads without countdown only on desktop. Because as per Coalition of Better Ads, in desktop environments, prestitial ads that can be dismissed immediately did not fall beneath the Better Ads Standard for desktop.

Next Post
What's Next After Ad...
0 Comments
Leave a Reply Cancel Reply