What is Contextual Advertising and How it Works Today?

In the same report, GumGum stated that 49% of advertisers prefer contextual advertising. Over the last couple of years, publishers and advertisers have taken advantage of targeting solutions such as behavioral, demographic, and geo-location. 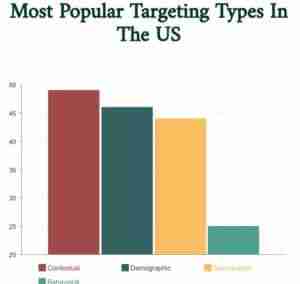 But, this sudden surge in contextual advertising is triggered by the various data privacy laws coming into effect and media outlets including Mozilla and Google removing third-party cookies from the web browsers.

Although the industry is coming up with new solutions to enhance the targeting capabilities, contextual advertising is something that can be leveraged to deliver relevant ads to the users without violating privacy rights and worrying about third-party cookies.

“Contextual targeting never went away, but its value has been made more tangible by GDPR. Context has always been a filter, it’s just grown in importance.”

So, this article aims to cover everything from the basics of contextual advertising to how top brands are doing it and how it is expected to grow in the future.

What is Contextual Advertising?

For instance, if a user comes to a web page that has content related to recipes, then the user may see ads from a brand selling edible products or crockery. If the user doesn’t click or interact with the ad in one go, then the next ad that is shown to him/her will be automatically the next relevant ad.

Here’s an example of the NYTimes displaying contextually relevant ads on its Books’ page.

Besides, with the advancement in the technologies and advertising industry, contextual advertising isn’t limited to a single keyword anymore. Publishers’ can now decipher any visual content on the webpages and show relevant ads to the visitors.

Various top media outlets like The Guardian are working on advanced projects (e.g. Ozone) that aim to help the advertisers display contextually relevant ads on their websites. Look at the types of contextual advertising (aka semantic targeting) done by the NYTimes:

How does Contextual Advertising Work?

Contextual advertising can be done via two methods – Content keyword and Topic. In the former method, the ads are displayed around the main keyword of the content of a web page. In the second method, a publisher can display relevant ads around the topic of the webpage similar to the example we have stated before.

Google AdSense, one of the first major contextual advertising networks, works on the same methods. The network enables Google’s bots to calculate the relevancy of the pages’ content, and then display the contextual ads on the publishers’ webpages. In addition to identifying the text on the page, it can also identify the text on an image and display contextually relevant ads on top of the image ad.

In header bidding, the publishers pass the contextual information (such as keywords, topic, etc.) to their wrapper that further sends it to the SSPs or exchanges via ad requests. Carrying forward, SSPs or ad exchanges pass the information in their bid requests as bidder parameters to their respective DSPs.

Additional Note: If you have Google Ad Manager as an ad server, then you can do contextual advertising via key-value targeting. Read more in this detailed guide.

According to a report by GumGum,

“The growth in contextual spending will continue as people focus more on being relevant than being personal. If done correctly, this is a much better way of creating engaging, better performing campaigns. Over-personalization actually limits campaign effectiveness, so a more balanced approach is a very good thing,

– Sam Fenton-Elstone, CEO, Anything is Possible.

In addition to increased engagement rates and compliance with data privacy laws, contextual advertising is easier to implement and doesn’t require lots of data.

So, Which One is Better: Contextual or Behavioral?

It would be unfair to say one is better than the other as both of the types offer different advantages and comes with their own disadvantages. While Contextual advertising makes you independent of third-parties and you don’t have to worry about privacy laws; behavioral advertising offers accurate and more granular targeting.

They both are worth testing as a part of your advertising strategy. Besides, you can even use contextual and behavioral advertising together as most publishers do, and enhance your targeting capabilities to yield better in terms of revenue and advertiser’s ROI.

Advertisers overshadowed contextual advertising as they have been preferring audience-based targeting. But with the enforcement of privacy laws and removal of third-party cookies, contextual is coming back to its place. Being a publisher, if you take action proactively and move fast to contextual advertising, then only you will be able to capitalize on the traffic.