How a National News Publisher Increased its Ad Revenue by 40% with Automatad?

The Hindu is one of the pioneers of the online newspaper industry. They started out as a weekly newspaper in 1878 and were the first to launch a digital newspaper in India in 1995. The publisher attracts around 37 million visits per month with its news content. The Hindu has close to 11 million followers/fans across the social media platforms and its print newspaper has been read by 2 million+ people across India. 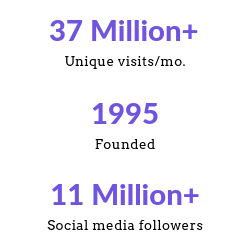 When it comes to monetization, The Hindu was primarily using Google ad network and ad exchange with a waterfall setup. The publisher had a direct sales team but needed the right expertise and technology to ramp up the programmatic advertising wing. In addition, the publisher didn’t have access to enough data and insights to make an informed decision on the allocation of its inventories b/w direct and programmatic campaigns.

Unlike other monetization partner, we at Automatad, believe the first and foremost job is to help publishers realize the true value of their impressions in the market. We discussed the priorities and ended up with a list of goals that the publisher would like to achieve with Automatad.

The Hindu had 3 display ad units on its article pages and the existing ad networks were providing the demand with a decent fill rate. But the publisher covered a whole range of topics and the content/page length varies from one page to another. They were looking to render ads dynamically based on page length and scroll depth.

Though the publisher had tens of millions of page views, they needed a way to increase the volume of ad impressions. Especially, for impressions sold via programmatic auctions. This will enable them to hit the revenue goals without piling up new ad units on a page.

With the waterfall setup and a handful of ad networks, the publisher was getting sub-par CPMs and as ad networks typically have a hefty take rate (from 30 to 50 percent), programmatic revenue stayed moderate (and flat). The publisher wanted access to more (and better) demand and an unbiased technology to rid of waterfall.

When the Hindu partnered with Automatad, our site audit team checked the website’s performance and ran A/B tests to identify which placements would help them generate maximum revenue without affecting the user experience. We were able to create new dynamic ad units that are native to the content using Reflex, and this generated extra inventory on the website.

The Hindu was the first to implement AXT (Active Exposure time) when it was launched in the first quarter of 2017.  With AXT, the publisher doubled its available impression without adding any ad unit and the same traffic. If you’re wondering how AXT measures several on-page metrics like scroll depth, mouse movement, ad viewability, time spent, etc. to refresh ads. Unlike a regular ad refresh technologies in the market, AXT refreshes an ad only when an active user viewed an ad for at least 25 seconds.

With the Automatad platform, it became possible for the publisher to add 10+ global demand partners and conduct a near-simultaneous auction. Our header wrapper can set up thousands of line items in Google Ad Manager with just a few clicks and this way they were able to set up header bidding end to end with zero technical assistance. Of course, our experienced AdOps team and a dedicated manager took care of all the issues.

Automatad’s dashboard is simple and easy to analyze and also this has reduced their dependency on other platforms. In one glance they were able to identify their performance for the month in terms of revenue, bidder partners and eCPM in real-time.

The Hindu has been working with Automatad for more than 2 years. The growth has been consistent and CPMs are still growing. Overall, the publisher has increased its monthly revenue by up to 40% by using Automatad’s monetization suite. The increase in revenue is the result of continuous optimization – based on data, experience, and user behavior. Though we can’t guarantee a 40 percent revenue uplift for everyone, we can 2x your ad impressions, better ad viewability, and user experience, while implementing an unbiased and transparent auction.

Are you a publisher who’s looking to monetize your inventories? Then, you’re in the right place. Sign up for a free website audit and see how you can better your ad revenue and user experience.