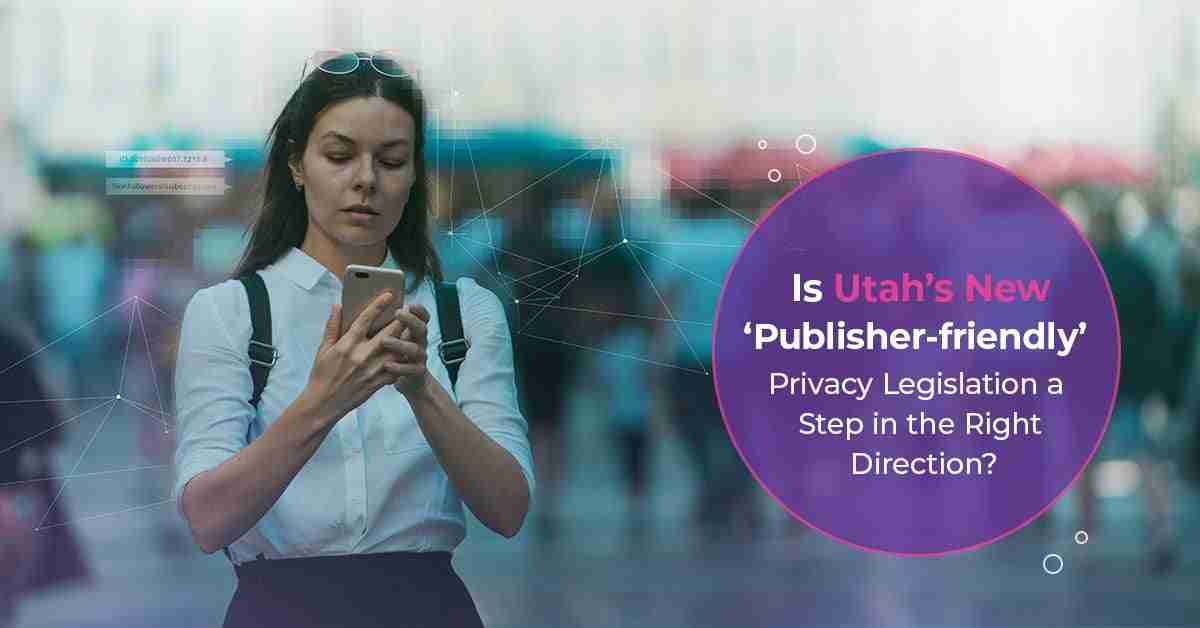 Automatad Team
Another privacy law is about to be passed in the US, making Utah the fifth state to pass a consumer-privacy legislation. However, unlike its predecessors, this law takes the interest of small and mid-sized publishers into account. In other news, Google introduces ESP to its GAM, and there is a new ad fraud scheme in town. Read on to learn more in this week’s roundup!
Share Tweet Share

Utah’s legislature has introduced a new privacy law called the Utah Consumer Privacy Act (UCPA), which is set to roll out by Dec. 31, 2023. Utah is the fifth state in the U.S. to have passed a comprehensive privacy law for the protection of consumer data, following the footsteps of California, Colorado, and Virginia. However, unlike its predecessors, the UCPA is more ’business-friendly’.

The new privacy law allows consumers the right to access or delete their personal information as well as opt-out of sharing their data with other third parties for targeted advertising.  Although Utah’s privacy law is based on the Virginia Consumer Data Protection Act (VCDPA), it has certain provisions which will give small and mid-sized publishers a sigh of relief.

UCPA only applies to businesses with annual revenue of $25 million or more and processing personal information of 100,000 users or more. The law is also applicable for publishers who control or process the data of at least 25,000 users and generate 50% of their gross revenue by selling this data to third parties. Additionally, the UCPA does not require a user’s consent before processing data as long as a notification is given where users may choose to opt-out.

As publishers find it difficult to cope with new privacy laws piling up every day, making compliance more and more difficult, the UCPA seems like a step in the right direction. With lawmakers across 29 other states are considering comprehensive privacy bills, the UCPA is the first to have noteworthy consideration for small and mid-sized publishers.

Related Read: A Complete Guide To Privacy Laws For Publishers

Google has been working on its Encrypted Signals from Publishers (ESP) for over a year and is now taking it further as ESP enters open beta in Google Ad Manager (GAM). Previously Google had introduced Publisher Provided Identifiers (PPIDs) that allowed sharing of publisher’s first-party data with Google’s programmatic demand partners. But for publishers who also have other demand partners, Google ESP serves as a pipeline to share encrypted first-party signals through GAM, directly to authorized buyers and open bidders.

This encrypted first-party signal can include demographic data, contextual information, device ID, IP address, behavior data, or any other identifier such as Unified ID 2.0. According to AdExchanger, a seller-defined audience (SDA) could also be passed as an ESP.

PPIDs do not allow email-based identifiers to be shared, as Google has taken a stance against it. However, because ESP encrypts the data that is being shared between the publisher and a third-party demand partner, Google has allowed it.

“We are just providing a technical means for the publisher to share data with third-party, non-Google buyers, we don’t see the data or know what’s in it.”

Related Read: PPIDs – Everything You Need To Know About Google’s Publisher Provided Identifiers

Buyers Focus On Reputed Publisher Inventories in a Cookieless World

The shift towards a privacy-focused digital world is much bigger than just phasing out third-party cookies. As the adtech ecosystem moves towards building a more transparent supply path, the value offered by increased competition in programmatic advertising is diminishing. Everyone in adtech is following the ‘less is more’ policy while building their businesses.

Publishers are trying to utilize their first-party data by finding better direct deals with fewer advertisers, instead of focusing on competing in the open market, and vice-versa. That’s quite a statement for an industry that is centered around the increased scale. The impending lack of audience targeting and increased awareness around how user data is handled is a major catalyst for this shift in mindsets.

The current imbalance between first-party and third-party data has divided the industry into two sides. One is where publishers are offering premium ad inventory through secure channels to select advertisers using their first-party data. The other is where poor quality impressions are traded in high volume, making it more susceptible to fraud.

As per Digiday, when executed well, these attempts to deliver premium inventory can retain ad spends within the open web. But on the other hand, when the execution is flawed advertisers are forced to turn towards walled gardens for reaching customers.

DoubleVerify, a digital media measurement and analytics provider, recently exposed a new ad fraud scheme that can steal up to $8 million each month in ad spending, called ViperBot. The bot works across CTV and mobile video ads. Currently, ViperBot is spoofing close to 85 million ad requests daily, on over 5 million devices.

ViperBot uses a technique known as verification redirection, wherein, it extracts the code that verifies ad impressions and redirects it through real devices to go undetected. This way fraudsters can remove verification tags from delivered ads and reinsert them in poor quality ad slots on real devices to avoid detection of fraud.

Ad fraud has been quite a menace in the advertising industry for several years now. And with the current turbulence in the ecosystem due to privacy changes, publishers have become even more susceptible to ad fraud. What’s more, fraudsters are coming up with sophisticated ways to steal money from advertisers and publishers.

Related Read: What are the Types of Ad Fraud and How Publishers Can Prevent Them?

According to AdExchanger, The Trade Desk and Adobe have partnered to bring together the emails stored in Adobe’s Customer Data Platform (CDP) and Unified ID 2.0. As publishers switch from Data Management Platforms (DMPs) to CDPs, to move away from cookie-based ID solutions, this collaboration between the two organizations will prove beneficial for publishers who want to strengthen their first-party data framework.

As per Sahil Gupta, the director of business development for Adobe Experience Cloud, this collaboration will be the first where email data is being transferred to a programmatic identifier outside Adobe (i.e. UID 2.0). The two companies are working on creating a product to feed results from campaigns using the ID solution, back to Adobe for analytics and optimization.

Related Read: Customer Data Platform – Everything You Need to Know

e.l.f. Cosmetic’s Retention Strategy That Helped Them Build a Loyal Customer Base

Generating large volumes of new visitors to a site is one thing, but turning them into loyal customers who keep coming back for more is what helps a brand grow. This is something the American cosmetics brand, e.l.f. understands very well. This is why the brand enriched its loyalty program with over 2.7 million members with the help of personalized customer experiences to build long-term relationships.

The brand moved out of the traditional brick-and-mortar stores back in 2019 and depended solely on its online presence. e.l.f. saw an increase in their traffic during the initial stage of the lockdown which was brought on by the COVID-19 pandemic. The brand saw a 60% increase in new customers visiting its website. e.l.f. focused on offering personalized customer journeys to their customers centered around their first-party data.

“These people were spending a lot of money, but we needed to entice them to stay with us,”

The brand came up with a retention strategy that involved understanding consumer behavior and applying prediction models to increase retention. Once the foundation was established, the brand focused on enriching its strategy by including both third-party and demographic data. The next step was to increase engagement through emails, text, and push.

“Personalization has become a buzzword, but that’s what we want to do”