As the third-party cookies are about to be phased out of Chrome, the adtech ecosystem is looking to develop alternative methods to retain some form of targeted advertising. From Google’s Privacy Sandbox to IAB Tech Lab’s Project Rearc, differential privacy is expected to play a vital role in the future mode of ad transactions.

Differential privacy is a privacy-first data analyzing technique where the data owner intentionally adds noise or randomness into the data set to anonymize the individuals while extracting insights from the aggregated data. In other words, it isn’t possible to identify individuals, but you can derive useful inferences at the aggregate level.

Imagine a situation where you collect ‘yes’ or ‘no’ data from a finite set of individuals for a sensitive question. Rather than asking the users to answer directly, you ask them to answer based on the face of a coin that shows up after a flip. If it’s tails, they should answer the question. If it’s heads, then they should flip the coin again and answer ‘yes’ for heads and ‘no’ for tails.

“There is no way for me to know whether an answer is random or not. But because I know the process by which noise is added to the response, it’s possible to subtract the noise and learn the average.”

So, the idea is to use the same concept and apply it to adtech. Instead of identifying users, an algorithm can apply noise to anonymize them and gather insights at the same time. As the owner knows the noise, they can subtract it to derive the results. And, they can share it with credible parties to do the same.

On one hand, some see differential privacy as a viable option. For instance, Google’s proposes a similar concept named ‘TURTLEDOVE’ under its Privacy Sandbox. DP (Differential Privacy) can also make ‘Data clean rooms’ more transparent. As clean rooms are operated by the ones who sell media, there’s a conflict of interest. But with DP, the owner can allow the third-party to export the data set and provide the noise (act as the decryption key) to help them get the insights while preserving users’ privacy.

On the other, there are still questions on the plausibility of applying it to adtech. At scale, will it be possible to share the decryption key with multiple vendors and allow them to do it without risking users’ privacy? Can platforms derive enough inferences? etc. Though there’s increased interest, we still have to wait and see how the platforms are responding to DP.

Data Partnerships on the Rise

As many have guessed, publishers are receiving requests from advertisers and agencies to access first-party data. We all know the reason — To target without using cookies. Brands wouldn’t want to stop running targeted ads completely and to keep the ads targeted to individuals, they need first-party data.

Publishers with scale and first-party data are capitalizing on the trend. Specifically, News UK, The WaPo, Insider Inc, and Conde Nast are ramping up programmatic direct deals, as per Digiday. Data partnerships and first-party data targeting requests are on the rise among the top media companies.

“It’s really accelerated in the last six months. Before that, it was only data-heavy clients who had invested in their own data management platform and cookie pools. Now it’s on most partnerships as a matter of course.”

Both Insider Inc and The Post are pitching their in-house tools to advertisers as they can help brands to target ads based on user interests. The Ozone Project, as we already discussed, has been attracting advertisers with its contextual ad targeting capabilities. As targeting via open auctions is becoming difficult (GDPR), media buyers are starting to experiment with first-party data.

But it’s not easy to establish data partnerships with publishers and run direct deals. First, there’s a lack of trust b/w data supplier and advertiser and second, media buyers don’t want to get involved in any compliance issues, and third, the data sets aren’t often complete. This means, they still have to rely on third-party data to patch up. Most importantly, there’s no standard way to implement such direct campaigns.

“It’s still murky about what [data partnerhips] means. It opens up a whole world of other questions. Are their cookies being used in our DMP or our segments in theirs? Do we need a matching partner or a data cleanroom? The issue is around the pipework.”

Publishers knew that building first-party data will be helpful as the cookies are about to be wiped out from the bid transactions. As a publisher, you need to start working on the first-party strategy, regardless of the hiccups. Why? Ultimately, those who own the audience can have better deals and negotiations.

Every week we cover new developments related to the cookieless future. We see the innovative measures as well as the changing trends in the industry to prepare for the future. Here are the updates:

Insider Inc is the recent publisher to offer an in-house tech to target its users with the help of first-party data. The tool called Sága is aimed at providing contextual and behavioral targeting, deeper information on readers and real-time campaign reporting. Earlier we saw the Washington Post doing something similar with its Zeus platform.

As per Digiday, the tool is proving to be useful for the clients. With the help of Sága, Insider Inc’s client was able to drive 11% higher CTR against the existing third-party data audience segment. As a result of the improved performance, the publisher is able to retain its clients. The publisher’s plan is to increase repeat bookings and cut down expenses on third-party data sources. The tool will be the publisher’s USP for the buyers.

Publishers are seeing an increased demand for the first-party data. Due to the demand, the buyers can also be seen leaning towards the walled gardens. Contextual targeting is another measure that the buyers are taking to avoid the complexities of the situation. In fact, there is a growing consensus that contextual targeting will be on the rise. The likelihood of more brand building and brand awareness campaigns can also be expected because such campaigns have a lesser need for data when compared to highly targeted “bottom of the funnel” campaigns.

If the publishers have the ability to deliver the buyers’ expectations, then it will be easier for them to deal with the cookie situation. But first, it is not possible for every publisher to come up with proprietary targeting solutions, and second, even if all the publishers develop their solutions, would it be feasible and scalable for the buyers to use them all? Wouldn’t it propel them further to use the walled gardens where most of the audience usually go? We will leave these questions for your interpretation.

Fraudsters are taking advantage of the lack of attentiveness in the industry. They are impersonating the publishers’ webpages with spoofed 404 error pages, which means that the spoofed URLs do not even exist. As IAS explains:

“The main signature of the 404bot is extensive domain spoofing. Similar to the previously discovered HyphBot, the URLs are spoofed at the browser level, meaning that the browser values measurable by JavaScript are faked.”

Most of the affected publishers were the ones that had an extremely large number of authorized resellers on their ads.txt files. It means that the publishers that are not making a careful examination of the resellers are facing the losses.

Publishers rely on authorized resellers to make money and therefore the more resellers there are, the more potential is there to generate revenue. On the other hand, a large number of resellers also help buyers in scaling up the buying process.

Ads.txt was introduced to fight with domain spoofing, but now, fraudsters are using the same ads.txt file to their advantage. They are able to do it because of the negligence by both the publishers and the buyers. Publishers should scrutinize their ads.txt file from time to time. And buyers should keep a tab on the lists with bots. 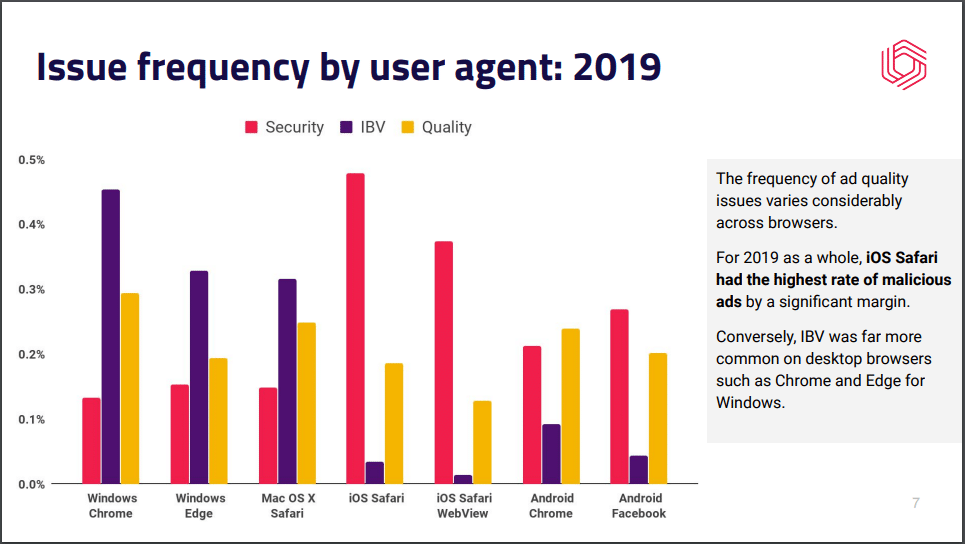 RIP RTB is not a solution. So what is? – Mediatel.