Several media giants have in-house proprietary platforms to collect and utilize first-party data to help advertisers target accurately across their own & operated properties. From The Guardian to The New York Times, we’ve seen publishers moving away from the third-party data to ensure they are ready if third-party cookies become inaccessible for advertising.

Vox Media is the latest media group to develop its platform that uses first-party data to target its 135 million users across the 13 editorial online properties. While the publisher has previously developed and licensed its platforms (Chorus – a content management platform, Concert – ad marketplace), Forte, a data-platform is first of its kind from Vox Media.

“The future of this industry belongs to the brands and media companies that have deep and direct connections with their audiences. This platform puts Vox Media in a place to confidently succeed in a world where third-party data will likely cease to exist.”

Forte will help advertisers to target Vox Media readers without any third-party data and advertisers can zero in their targeting based on interests and actions and there’s also dynamic creative optimization.  Forte, also, helps the Vox Media publishers to improve user experience by optimizing content strategy and recommendations.

“Forte identifies user interests faster and more effectively by drawing from engagement signals. As a result, it delivers an immediate and nuanced understanding of how and why users come to our brands in the moment. From there, we can achieve multidimensional outcomes, including advertising effectiveness and more relevant content recommendations.”

Rather than waiting until the eleventh hour, smart publishers are trying to frame and execute first-party data strategies and platforms. Agreed. Most of the publishers wouldn’t be able to develop a platform, but they can start capturing first-party data signals. According to Lotame, a single pageview generates 40 data points.

How Publishers Are Planning to Maximize Revenue?

In one of the recently conducted research, Digiday surveyed 135 publishers. The research gives a sense of changes taking place in the publishing industry. The biggest priority for publishers was to grow a controllable revenue through direct-sold ads and subscriptions. Here are the findings in a nutshell:

Are you CCPA Compliant?

“The California Consumer Privacy Act goes into effect January 1st, and it doesn’t look like anyone, even the state of California itself, is totally ready. Draft regulations for enforcing the law are still being finalized at the state level, and questions about specific aspects of the most sweeping privacy regulation since the European Union’s General Data Protection Regulation (GDPR) are still not clear.”

As expected, no one is ready for CCPA. The enforcement of the law will not be possible until July 1. While some ad tech industry players are taking it as a grace period, the catch is, after the law is implemented, companies can be penalized for the violations which took place between January and July.

“If you visited our site on Jan. 5 and in May you reach out and say ‘I visited your site in January and want to know everything you have on me or I opted out and want you to prove you didn’t collect anything on my session,’ that’s going to be extremely hard for a lot of publishers to comply with.” 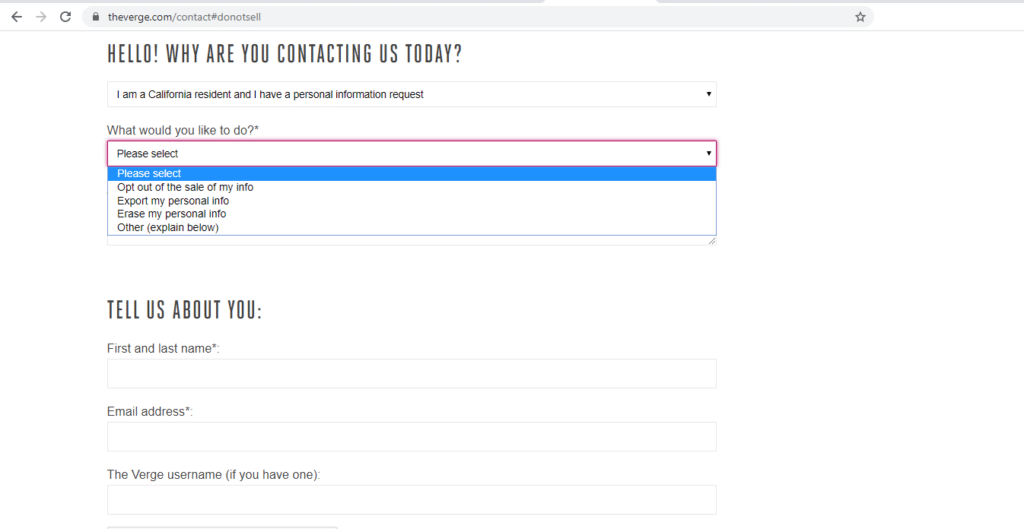 What should you do?

Try to implement the requirements as much as you can and take precautionary measures like  Restricted Data Processing and wait till more clarity emerges on the law. We will keep you posted.

We don’t need to emphasize the importance of data in programmatic. You know it better. We haven’t considered much about restriction and data provenance while trading media programmatically via multiple middlemen. But the situation might change in 2020.

As you have expected, there are a lot of predictions around data this year and Digiday’s piece on ‘data provenance’ caught our eyes.

With GDPR warnings, CCPA, and up-and-coming privacy drafts, the entire industry is concerned about data usage. On one hand, publishers are trying to figure out how to collect proper consent from the users and how to deliver ads to those who opted-out completely. On the other, advertisers are figuring out how they can run ads without getting into any unconsented data trouble.

At the end of the day, publishers and especially, brands are the ones who will be affected if there’s any illegal use of data (due to bad press).

If you are a publisher, we have a comprehensive guide on how to prepare for CCPA. So, in this roundup, we’ll focus on how buyers are preparing.

– Advertisers have started to build a team to find out the origin of data and whether the brand should use it for targeting or not. Previously, advertisers wouldn’t know the source of data as companies won’t disclose it to protect their competitive advantage. But now, advertisers are pushing not just for financial transparency, but also for data transparency.

“We’ve set up an in-house team and some of the conversations the execs are having are focused on the data costs that come with buying programmatic media.”

– Head of Digital at a Global Advertiser.

– Contextual advertising has been discussed as one of the viable options to deliver relevant ads to the users who’ve opted out of data sale. And, publishers are also programming their platforms to limit how third parties can use consumers’ data. Google published its guidelines and IAB published a whole new framework for it. If you haven’t, it’s high time for you to go through them.

The anti-predictions: What won’t happen in media and marketing in 2020 – Digiday.