Transparency FAQs – Not all the fees are taxes

The argument against ad tech tax isn’t going away. Both publishers and advertisers are constantly pushing back the snowballing taxes from the growing middlemen. In fact, we have reached a stage where the word ‘adtech tax’ sounds too obnoxious to run with.

While it is necessary to check the partners you work with, in order to keep your balance sheet healthy, IAB UK wants you to know not all the fees are bad for business. The consortium went on to create a new tool dubbed “Transparency FAQs”, where ad tech vendors will answer the templated questionnaire.

The FAQs, as simple as they sound, are aiming to let buyers know how the middlemen or adtech vendors are adding value to their campaigns. IAB members prepared 20 questions covering pricing, placement, and data.

A few of them include:

“Can you outline the full details of the agreement on a booking form/contract?” – On Pricing.

“What brand safety measures do you use?” – On Placement.

“What do you do with the data you obtain from advertiser’s campaigns or data tags?” – On Data.

Here are the complete FAQs.

So, who has answered the IAB’s call?

So far, ten adtech vendors, including OpenX, Teads, and Rubicon Project, have completed the FAQs and you can view their answers on IAB UK’s member directory.

There’s no silver bullet or magic answer for transparency, but anything to help buyers understand more about the different roles companies in the digital advertising ecosystem perform is a useful step forward.

We agree that it is crucial to educate the buyers and justify the fees levied by vendors. But it shouldn’t end with a 20 preset questionnaire. There’s a chance for vendors to stay banal while answering the FAQs, which in turn, defies the purpose of the tool itself. We aren’t saying that the vendors can answer the same thing, but they can follow the same way (vague and one-liners).

We believe the IAB will keep improving the FAQs and this is indeed a small (but right) step towards transparency.

According to Digiday’s survey, 62 percent of the advertisers said they’re planning to increase the spending on PMPs. Last year, we predicted the increasing popularity of the PMPs might be affected by RTB 3.0 because of its benefits.

The shift is happening already. As open marketplaces are becoming more and more sophisticated, buyers are driving their spending towards them. 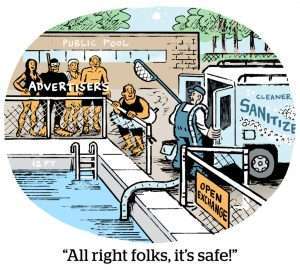 On top of these, ID-based solution and first-party data integration are on the rise. PMPs are losing advertisers as the proposition (no spoofers, better results) is diminishing slowly.

If one #programmatic buying model is to fade away within 24 months, what would it be?

Does this mean OMPs are better than PMPs?

No. OMPs still have to steer clear of its issues. But the promising technology and ROI are eventually helping the open marketplaces to win back the advertisers.

“We are switching to programmatic guarantees and preferred deals. If not, we’ll stick to the open exchange”

As a publisher, you can’t say no to a PMP deal. On the other hand, you need to stay ahead of the curve to sustain yourself. Without a doubt, PMPs will continue to grow over the years and will help get you better CPMs than the OMPs.

That being said, you need to keep an eye on the RTB 3.0 and media buyers. Because it’s adtech.

On the very first day of GDPR, both Google and Facebook faced complaints from the European consumer right organization, Noyb.

The What and Why

Google, which relies on the personalization of ads to run its business, has been working hard to stay compliant with the GDPR. It overhauled its privacy policy page completely and came up with a long, simple copy consisting of multiple sections.

But CNIL declared that it’s not enough. Google made it difficult for users to find information “such as the data processing purposes, the data storage periods or the categories of personal data used for the ads personalization”, by segregating them under different screens and setting pages.

This, in turn, means users are unable to exercise their right of opting-out of targeted ads and besides, the company failed to meet the standards (being “specific” and “unambiguous”).

Last year, CNIL sued a French ad tech company, Vectuary for failing to get valid user consent. In this case, it fined Google for making it hard to opt-out of targeting. The authority is making it clear on all sides (opting-in and opting-out) and there’s no way to dodge the fine unless you do implement the CMP properly.

Amazon has grown its ad business exponentially and Pivotal research says that the company will pull in $38 billion by 2023. The retail giant knows that advertisers are here only for bottom-of-the-funnel conversion.

So, it designed its own brand metric to attract brands right from the start of their marketing campaigns.

Amazon’s ‘New-to-brand’ metric tracks the customers who’ve never made any purchase from the brand in the past 12 months. This means brands will have the ability to run campaigns to acquire customers on Amazon and optimize them based on performance. 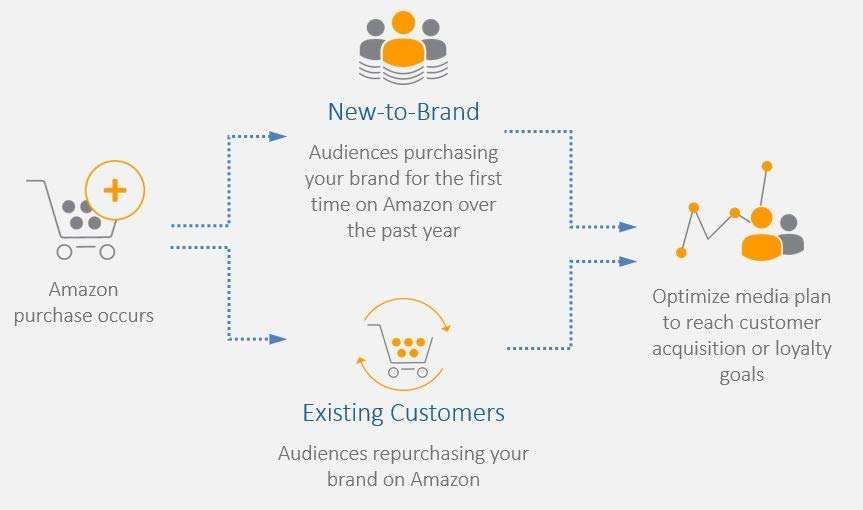 DTC brands avoid selling on Amazon, which takes the biggest market from Amazon Ads. If the new metric drives brand awareness, DTC will likely to spend on Amazon Ads as they don’t have many customer acquisition channels.

While the adtech is still on the consolidation stage, Amazon has gone far beyond M&As. It is trying to capitalize on the opportunity by improving its technology and metrics. As we always say, Amazon has enough wiggle room to run some adtech experiments. Stay hungry and stay transparent.

A publishing executive is worrying that the ‘free CMPs offered by ad tech companies’ might be a data leak from the Media. – Confession series by Digiday.

Amazon’s knows what you buy. So, it’s building a big ad business from it. – The New York Times