Automatad Team
“We’re focused on consumer experience first, but we do have plans for that [ad products]”

It’s easy to get lost in the extensive and perplexing adtech supply chain. Even today, most of the publishers are unaware of ‘who does what’ and ‘why they’re in the header of their sites’. That being said, decoding the programmatic technologies isn’t simple. 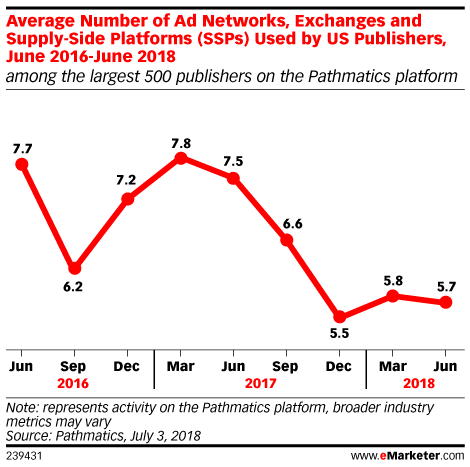 As a media publisher, you have your own problems and battlegrounds to fight on. However, it’s always better to know your vendors. Why?

You never know what’s happening behind the scenes unless you ask for it. A recent piece from Ad Exchanger calls out Rocket Fuel for embezzling client’s data to power its AI technology.

In case you didn’t know, Rocket Fuel (once had a valuation of $2 billion) has been acquired by Sizmek last year for just $145 million.

Though the technology has been revamped and the brand is a long gone story, we can bag a lot of takeaway from the article.

Rocket Fuel drove incremental value for its customers with the help of AI technology powered by pooled data from the clients, without their permission. For instance, utilizing a client’s performance and result data to better optimize the competitor’s campaigns.

“Rocket Fuel was regularly pooling its clients’ remarketing data, creating segments and selling the data to others without permission.”

If you ask a former employee, they might say ‘What didn’t go wrong?’ As one of the early technology in online advertising, Rocket Fuel pioneered the application of AI in adtech. It’s a managed service provider who boasted Nike, Microsoft, Americal Express, and Dell as their first-year clients. Back in 2008, there weren’t many sophisticated DSPs which in turn fueled the growth of the company.

IPO further rocketed the valuation of the brand and then came the worst time. Higher margins (over 60%), no recurring revenue, black box technology, and arrogant culture led to the decline and the company ended up being acquired for just $145 million.

Advertisers need more reasons to turn towards the open internet, not concerns. Surprisingly, transparency has reached the first page of the advertisers’ demand list lately. If you can be transparent (with your technology, vendors in use), you’ll see the results on a longer run.

Here’s a fact – Prioritizing your readers’ experience helps you increase both readership and revenue. We can certainly list the publishers who’ve grown over the years by reflecting their readers’ feedbacks. For now, take a look at The Guardian and The B/R. But in this roundup, we’ll see how a mobile app publisher has attracted advertisers without any ad products.

TikTok – Next Shiny Object in Adtech?

The well-known video app has managed to grow its user base across the globe and especially, after the acquisition of Musical.ly, a similar video-sharing app. Though it’s obvious to cite the exponential growth of video as the reason for the app downloads, publishers are surprised about the demand it has created for its inventory.

It’s been a while we saw a consumer app, raising to the top which has the potential to draw advertisers along the way. As advertisers aren’t impressed with Facebook measurement errors and scandals, they are looking for a supplementary platform. TikTok is snagging the opportunity and has already lured advertisers to wait for its upcoming ad products.

“We’re focused on consumer experience first, but we do have plans for that [ad products]”

The same story goes for Trivia HQ, a viral quiz app which showed promising potential to earn ad revenue in 2017. It did everything to serve its users, not to woo advertisers.

As we always say, put your readers first. Though it’s not an apple to apple comparison, you could create experiences for the readers (like Trivia HQ and TikTok) that advertisers want to be part of. A relatable example is Dotdash. The publisher has doubled its readers and ad revenue in a year after rebranding itself from About.com.

What did they do?

Hear it from the CEO.

“We made a decision based on revenue, and everybody hated it. We’re a place where people come to get answers. The better we serve those people, the longer they’ll stay.”

Marketers and Their Relationship With Walled Gardens

If you’re looking to sustain a media company, you need to trail the walled gardens. Seriously, your audience and advertising strategies should be optimized not only from your own experiments but also from what marketers say [ahem, complain] about the walled gardens.

Let’s start with Facebook. From the comments, it seems Facebook has been open to marketers for the last year but pushes them out with its measurement flaws and algorithm changes. To be frank, it’s not surprising at all to see advertisers complaining about Facebook measurement errors.

“It’s all about how to work with the platforms without relying on them or being beholden to them.”

Advertisers hate to see Facebook releasing new products out of the blue and expecting marketers to use it right from the start. One such example is IGTV. No one has clearly figured out a way to use it.

On the other hand, Snapchat which succeeds at helping the advertisers and creators to use its new features fails to deliver the reach and results. Some advertisers said Instagram has been eating the Snapchat’s advertising budget.

Google has the best approach to releasing new products. It helps the advertisers to understand and shift to the revamped products without any hassles.

Yes, you read that right. Twitch.tv, a live-streaming video platform owned by Amazon is winning more advertisers every day as the results are promising. And, considering the growth of Amazon ad unit, publishers should start capitalizing on the video market (before its too late).

The State of Programmatic – Report Highlights

The Programmatic Advisory has released the whitepaper – State of Programmatic in the UK last week. We’ve compiled some of the interesting highlights that you need to know.

Takeaway: Innovative mobile formats are being experimented and it’s about time you start exploring the new mobile ad formats.

– Header bidding has been utilized by 76% of top 1000 publishers. This clearly shows that publishers have been addicted to the self-reliance and transparency in the auctions.

Takeaway: Just implementing header bidding isn’t enough. With the rise of SPO and smart DSPs, it’s imperative to optimize your header bidding to yield the best results for you and bidders.

– Viewability and Time-in-view have improved across devices for both display and video inventories. We believe the improvement is due to the fact that advertisers now started to bid only on viewable inventories. Besides, when DSPs began to optimize the bidding process based on the ROI, publishers have no other options than to streamline the ad experience for the readers.

Takeaway: We have a complete guide on ad viewability. Check it out to increase your viewability across the devices.

“8 People Are Facing Charges As A Result Of The FBI’s Biggest-Ever Ad Fraud Investigation”, by Craig Silverman, Buzzfeed.