Supply Path Optimization, or simply known as SPO is a technique used by both the publishers and buy-side platforms to cut down unnecessary vendors in the supply chain, thereby reducing the adtech tax.

And, it has some intangible benefits too. For instance, think about the improvement you could bring to the ecosystem by gently pushing the aggressive vendors out of the chain. In fact, on a longer run, you will see the spend shifting towards your inventory.

Last week, Max Jaffe from Group M shared a few interesting SPO perspectives that you need to know. Though we believe the in-depth conversation with the SSPs, DSPs, and Vendors might not be the goal for all the publisher (especially mid-sized ones who are running the site with a lean team), we can surely nod our head for,

As we say, consolidation is already the next big thing in the ad tech. From Google to Facebook to Amazon, everyone has been trying to trying to streamline their offerings and let buyers/publishers take actions from a single dashboard. When looked deeply, you’ll find SPO has the potential to consolidate vendors and efforts from the publishers.

SPO is not all about cutting down the vendors from your chain. Its focus is on the redundancy rather than the numbers. If you believe a vendor doesn’t serve a purpose that adds value to you over the long-term, it is wise to leave the setup.

Ultimately, the purpose of SPO is to clear the obscurity and reduce the ad tech tax in the supply as well. So, you should weigh the impact of any vendor on your bottom line before cutting them off. Especially, with the GDPR, it has become necessary for the vendors to disclose what they do and why they do it. All you need to do is, start optimizing.

‘Cookie Pool’, an initiative by the Association of Online Publishers (AOP) and the Media Trust aims at decoding the cookies on your site. You can use it soon to really know your vendors.

What You Value The Most?

How interested would you be to see how other publishers evaluate SSPs? If your answer is a big yes, then here you go. 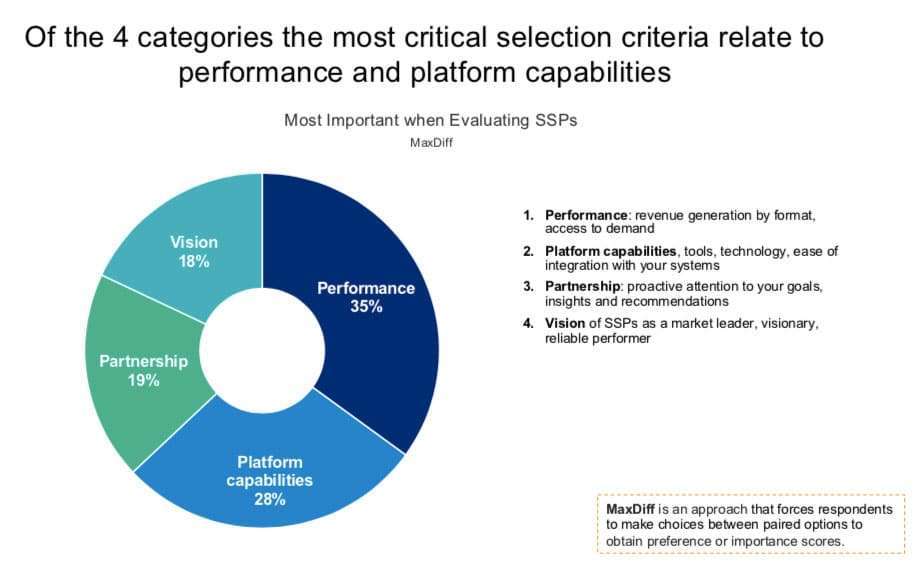 Advertiser Perceptions, a business intelligence for the advertising industry released this year’s Programmatic Intelligent Report which has surveyed 154 publishers to determine how they evaluate Sell-Side Platforms.

Without a doubt, Google tops the list and has been named as the dominant SSP in the market. However, it isn’t winning over the competitors, when it comes to proactive reporting, insights, etc. 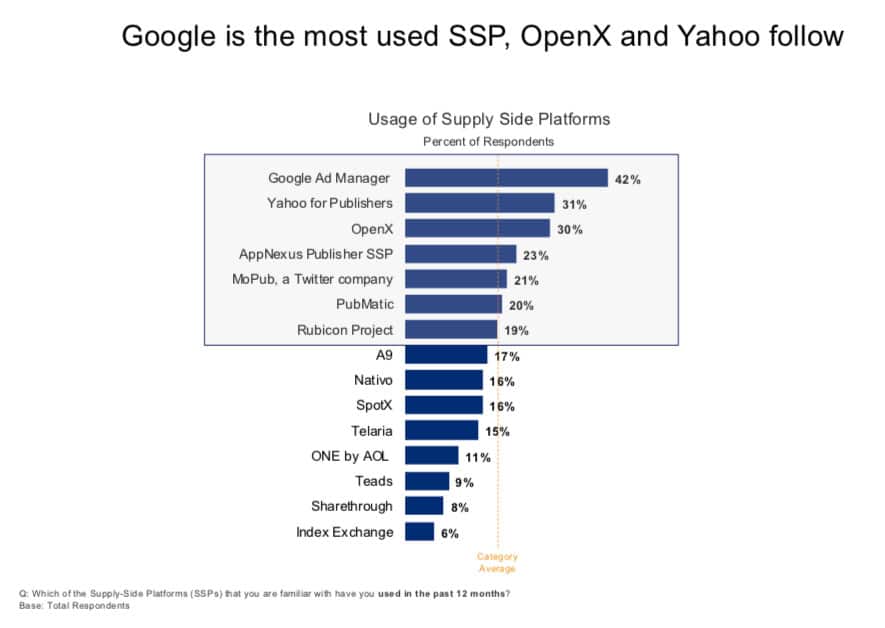 “Google is the clear leader. But publishers want partners that are going to help them find new ways to gain revenue and increase their margins. Those are the ones that are going to win – and we are seeing legacy SSPs step up in that regard.”

The publishers are considering the following four factors to see if an SSP suits them.

– Assisting the decisions by proactively sharing insights and detailed reports.

– Frequency and Quality of Reporting

– Visibility into the availability of inventory and Privatemarket Place (PMP) capabilities.

As you could see Yahoo for Publisher has been declared as the second-most used SSP. But the report asserted that there is a possibility for confusing the Yahoo platforms with one another. Index Exchange landed last (as it did for the last few years). Obviously, this solidifies the notion that publishers are looking beyond the revenue and charting the numbers isn’t enough for a vendor to sustain.

The Ozone Project Is Off Its Ground

In case you didn’t know, the Ozone Project is an initiative by the largest UK titles to form an ad network which provides fraud-free, first-party data supported, quality ad environment for advertisers.

We believe pact is so far, the most reliable way to break the duopoly and attract buyers towards the open Internet. We’ll be able to prove it soon.

As per Digiday, the first campaign of the Project is already underway as we speak. Last week, a campaign was made live across all the sites (the advertiser hasn’t been identified yet) of the Ozone Project.

UKOM approved data from comScore shows that the three media brands (The Guardian, News UK, and The Telegraph) have a combined audience of 39.7 million adults or the ability to reach 93.6% of the UK adult online population.

The Ozone Project isn’t a traditional joint advertising medium to reach the UK audience. The publishers have made their own server-side technology rather than relying on any third-party SSPs to connect buyers to the inventories.

As the scale is huge, server-side seems to be a working idea and they’re also using the shared DMP (Data Management Platform) to ensure the audience are taxonomized properly and in a manner universal to all the publishers.

The team has been capitalizing on the fact that media buyers prefer Open Internet once the level of sophistication (and data) equals to that of the duopoly. That’s why the ozone project is aiming to build a platform where buyers can access the UK audience.

Here’s what going to be harder for the project: It needs to divert the spending from the duopoly, not from the Open Internet. This essentially means, offering what the buyers want, in the way they want it – It’s a long road and besides the Ozone Project, Amazon is already on the road to ride it till the end.

Hearst’s SlackBot – What You Need to Know

Integrating your print and digital business is more important than you think. We saw how the Guardian capitalized on the data from the website to drive editorial teams across the group.

The growing Media publisher, Hearst has followed suit, when Troy Young was named as the President of the Hearst Magazines. The publisher now relies on a 12-person research team and a slackbot ‘HANS’ (Hearst Analytics Slackbot) to make informed content decisions.

The insights from the team have been driving the editorial team to publish the right content. By ‘right’, we mean the content which makes users stay longer and dive deeper. As Troy Young puts it “Content With Purpose” is what’s being delivered with the help of the research team and tool.

With the help of HANS, anyone at the Hearst would be able to check which stories are performing well, what topics are trending across the publisher’s sites and the results of the polls ran by the publisher.

It has already been applied and assisted the publisher to make some of the successful decisions in the last year.

The data-oriented techniques have been increasingly adopted by the publishers, but it is important not to measure everything. Just because you can do it, doesn’t mean you should do it. For instance, monitoring redundant metrics at a time might blur the insight and in fact, can lead you to make a wrong decision. Understand what you need and define why you need it. Then, think about building a tool or using a third-party service.