We’ve been shadowing the adtech consolidation trend for a while now. According to LUMA partners, the number of independent ad tech companies has fallen 21 percent since 2013, to 185 as of the second quarter of 2018. And, the Giants seem to pioneer the trend.

Why do we say so?

1. Google, which holds the largest market share in the online advertising industry rebranded its ad products (for publishers) under one umbrella ‘Google Ad Manager’. On the contrary, advertisers’ will be using the new ‘Google Ads’ to advertise and manage ads on Google.

2. Facebook already developed a stream of products and features to let advertisers optimize all the campaign aspects in one place.

Now, we all know who’s climbing up fast to hit the duopoly.

This won’t alter the functionalities and features of the products. They all remain the same under the new name.

Amazon said it rebranded its products majorly to eliminate the difficulties faced by the advertisers. As Amazon is getting into the ad business, it makes sense to unify the offerings. Besides, it can remove unnecessary or duplicate functions and allow advertisers to work seamlessly.

Is Google going to implement the IAB Consent Framework?

Back in May, when GDPR went live Google wasn’t ready to join the IAB global consent framework. However, it developed an interim solution to let publishers pass the consent using the IAB-registered CMPs.

“We are in the process of formalizing our participation in the framework and hope to integrate as quickly as we can.”

It announced that its own CMP ‘Funding choices’ will be a part of IAB-registered consent management platforms by August. And, apparently, Google missed the deadline. You may wonder how it manages to run targeted ads so far. Well, it inked partnerships with some major programmatic players including AppNexus, Rubicon Project, and Criteo.

What does this mean for Adtech?

– Most publishers in Europe use DoubleClick (now, Google Ad Manager) to serve ads. And, at least half of them would be willing to stay with Google’s CMP regardless of its status with ICF (IAB Consent Framework).

– Though Google managed to provide a temporary solution, it isn’t enough to capture the consents from all the CMPs in the framework. So, publishers are still receiving lower than expected CPMs and advertisers miss their target audience.

– It is hard to convince publishers across the globe to join the IAB Transparency Framework without Google. As Niels Baarsma, Co-founder of Faktor put it, “It’s hard to explain to pubs why you support a global framework but the elephant in the room isn’t on the list”.

Ad Blockers – Dropped in growth, but doubled the lost revenue

The usage of ad blockers is one of the perennial problems in adtech. Especially, the sell-side keeps losing revenue for ad blocking. The cost of ad blocking in the US will increase from 3.89 billion in 2016 to 12.12 billion by 2020, as per the source. 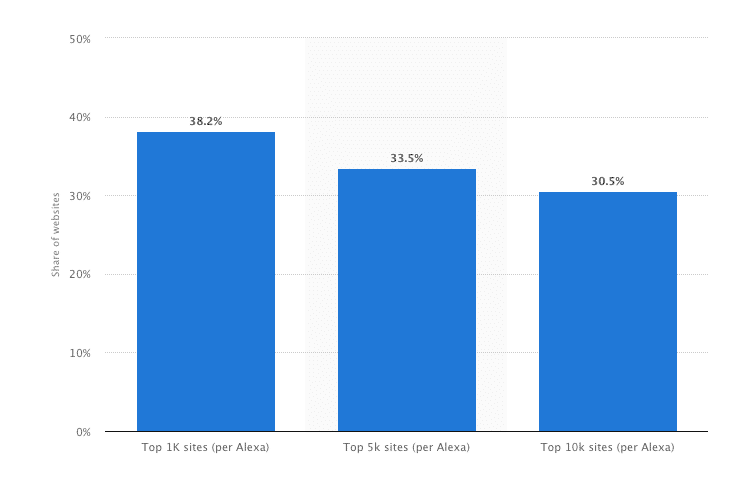 However, eMarketer reported the number of ad blocker usage in the UK (world’s fourth largest advertising market) is stabilizing and will grow only by a single-digit (7.8%) this year.

It’s good news for publishers, but that doesn’t mean the cost of ad blocking will plummet too. Last year, the loss of ad revenue doubled.

We can interpret this in two ways.

– Internet users may find the ads more relevant and useful. Thanks to the advancement in technologies and targeting features.

– Publishers found a sweet spot where the number of ad units is good enough to earn revenue and convince users to stay without any ad blockers as well.

We believe the later will yield you better results in a long run.

Publishers turn to their audience to run ad campaigns

As we just discussed, running a useful and relevant ad campaign not only yields you better CPMs but also impresses your audience. Especially, if you show that you’re concerned about the user experience and quality of ads, users will be helping you generate more out of less.

9GAG, a Hong-Kong based social media publisher started asking the audience to run effective ad campaigns on the site. The publisher reportedly picked 500 members from the group of 25,000 and pays them for helping the publisher to come up with the right ad campaigns and even some editorial content.

It created a long-form video series with them which is scheduled to launch this fall. And, the most interesting part is, it isn’t alone. Many publishers are asking their audience to help them with the ad creatives and campaign ideas.

The technique can work for mid-market publishers too. Of course, those who have an engaged audience can reap much better results than the others. In fact, you can use your social media followers to help you build successful ad properties. After all, your CPM/CPC depends on the audience. Last but not least, you can include this in your direct deal pitches and woo advertisers to pay twice or thrice the usual amount.