Automatad Team
“Our amended complaint details how Google manipulates the online display auction to punish publishers and blatantly lies to them about how they run the auction,”
Share Tweet Share 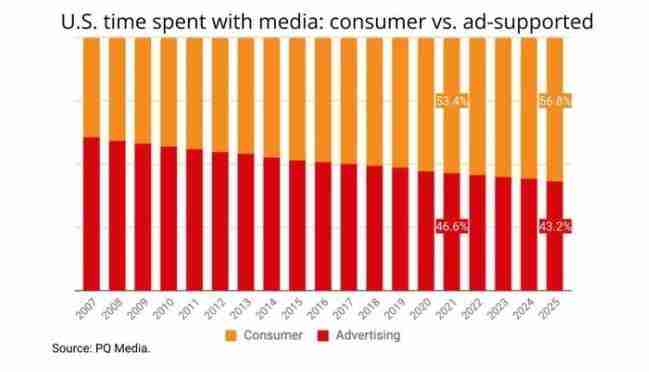 This dip is relatively moderate and is expected to fall through till 2025, owing to non-cyclic and secular shifts in consumer usage of media. This paradox is in tune with how consumers use media compared to marketing and advertising spending in times of recession and recovery periods i.e. the global pandemic.

“Historically, there has always been a disconnect between advertising and marketing spending vs. consumer media usage during recession and recovery periods,” 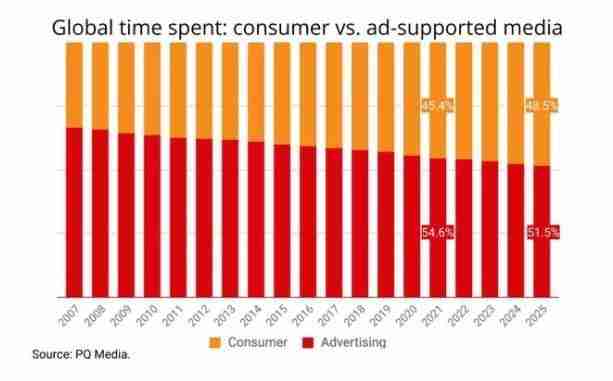 Reports released by Salesforce and Adobe showcased that US consumers spent around $257 billion and $204.5 billion respectively during the holiday season of 2021, an increase of 8.6% YoY. The Salesforce report further marks the global consumer spending at $1.14 trillion in the US compared to $1.1 trillion in 2020.

While demand for curbside and in-store pickup options did not show significant growth YoY, demand for such fulfillment services remained robust. Discounts decreased drastically across all major categories, with the average discount for the electronics vertical being 8% and those for sporting goods being 6% in 2021 compared to 21% and 14% respectively in 2020.

Online inflation rates also increased significantly marking a 25% YoY increase in 2021, with grocery prices increasing by 4.8% YoY, and apparent prices increasing by 16.6% YoY. Consecutively, holiday inventory shrank by 2% both worldwide and in the US owing to the persisting supply chain crisis.

The redacted report outlines that Google’s program ‘Global Bernanke’ has utilized a third-price auction model. Having unrivaled data on both sell-side and demand-side auctions, Google allegedly misused its advantageous position to pay publishers based on the lowest-priced bids, while charging advertisers based on the highest-priced bids.

All this while, DSPs have remained none the wiser about whether their submitted bid was the highest or not, while publishers remained oblivious to the range of submitted bids. Google would then either take the price difference or use it to boost subsequent auction bid prices. Subsequently, the unsealed complaint also claimed that the CEOs of Google and Facebook colluded in 2018 to form the “Jedi Blue” pact.

This pact required Facebook to drop their own proprietary header bidding product, with Google providing the former speed, additional advantages in exchange for this assurance. In a bid to promote their rival Open Bidding product, this can be seen as an attempt by Google to squash header bidding, a solution that enables open exchanges to have an equal footing as Google in the ad-auction space.

Mozilla has partnered with the non-profit news organization ‘The Markup’, to provide a detailed analysis of the kinds of data Facebook collects and monitors with Facebook Pixel, a Javascript code that records users’ actions on websites. The data collected by Facebook will reflect users who are on Facebook, as well as users who belong to other Facebook-owned platforms like Instagram. Users would need to download Rally, a Firefox browser extension, in order to opt-in for this study.

This study is not the first that The Markup has spearheaded, as it comes only months after the ‘Citizen Browser Project’, a program the company launched in 2020 to gather intel about Facebook’s behavior as users took action on it. This project was temporarily halted by Facebook altering its code to make it difficult for the program to gather such data. However, with the current project also monitoring websites out of Facebook’s purview, such attempts will be significantly difficult for the tech giant to thwart this time around.

DuckDuckGo has finally started expanding beyond its core product – DuckDuckGo Search Engine. They launched the beta version of its ‘Email Protection’ product in 2021, providing anonymity to users signing up for online services via a mail-forwarding technology. Their product offering also includes a tracker-blocker for Android users that prevents unknown parties from soliciting user information from in-app third-party trackers.

These product expansions come during an opportune moment with digital consumer privacy becoming a mainstream conversation. With 500,000 users already on the waitlist for Email Protection and 200,000 more on the waitlist for the tracker-blocker, DuckDuckGo seems to be on the path to success.

However, despite increasing consumer awareness, consumers’ willingness to adopt privacy-first products remains on the low, and this is a problem DuckDuckGo’s CEO Gabriel Weinberg recognizes. With a focus on becoming a one-stop solution for users looking for privacy on the Internet, the company is more focused on winning people’s hearts and minds with their products than accumulating profits and advertisers’ investment. Having increased their traditional ad spending by almost 80% year-over-year ($19 million), DuckDuckGo seems to be on the right track to becoming a household name when it comes to privacy.

“My goal would be to help create the market conditions [that bring back contextual targeting]. The best way it can happen is through governments allowing an opt-out or opt-in to behavioral advertising.

Future PLC, which spent over $400 million in 2021 to acquire new brands for its portfolio, is using media strategies honed in the U.K. to strengthen its latest American acquisitions. These strategies include providing the acquired brands ‘instant revenue growth’ through affiliate commerce and including different media brands inside a single CMS. It also involves figuring out whether the acquisitions actually add value to Future’s portfolio, and whether they would enable it to bolster current verticals.

Hawk, which compares product prices from various sellers on the Internet in real-time, has enabled Future to increase their commerce revenue by 36% between 2020-2021, accounting for 35% of the company’s total revenue. Consecutively, Future’s acquisitions have also enabled it to open up new revenue streams and advertising opportunities for itself.

Examples include Money Week and Kiplinger titles from Dennis Publishing that opened up fresh advertising opportunities for Future, as well as CinemaBlend, which enabled the company to strike ad deals with streaming vendors.

“How can this particular acquisition add value to our current portfolio? Does it either bolster a vertical we’re already strong in or does it give us new capability or reach or editorial expertise in a new category?”

A group of bipartisan Congressional lawmakers in the US has on Thursday introduced the Terms-of-service Labeling, Design, and Readability Act – ironically nicknamed TLDR. This shall mandate online services and websites to provide an easily digestible summary of their terms of service agreement.

This bill, if legalized, will aim to protect consumers from being exploited by companies under the pretext of framing lengthy and complex terms of service agreements. It will also champion data privacy, as websites and companies will now have to comprehensively summarize how user data will be used.

“For far too long, blanket terms of service agreements have forced consumers to either ‘agree’ to all of a company’s conditions or lose access to a website or app entirely,”

This bill, which comes after the controversial testimony of Facebook’s whistleblower Frances Haugen, is considered long overdue. Most users don’t read these documents stating how a company/website intends to utilize their personal data and agree to them because they might not have access to the website or app otherwise. By doing this, they are essentially signing away a number of data privacy rights without even realizing it.

The Act would require companies to summarize the type of consumer information they are collecting. It should also stipulate instructions on how consumers can delete their information, and provide a warning if such deletion is not possible. It should also include a graphical diagram showcasing how user data will be shared with third parties.

National Privacy Standard by Business Groups and the Ad Industry

Dozens of groups and local businesses in the US signed a letter addressed to Congress, urging them to create a national privacy standard that will override state measures. Some of the most notable groups who signed this letter include IAB, the U.S. Chamber of Congress, and The Association of National Advertisers.

This letter comes in light of numerous privacy-related state laws coming into effect in the last four years. The groups that have signed this letter claimed that so many state laws make it confusing for consumers to understand privacy requirements. With Columbia and 26 other states considering creating new legislation last year, this confusion is only bound to increase. The signees also claim that such differences in legislature curb innovation.

The signees have also urged that this national standard is only enforceable by state attorney generals and federal agencies – controversially limiting consumers’ right to sue over violations.

The Austrian Data Protection Authority has passed a partial verdict on a model case filed by the noyb. The noyb has filed similar model complaints in 101 EU member states, and this is the first decision that has been reached in light of the “Schrems II” decision. The current decision sees the Austrian DSB stating that the continuous usage of Google Analytics is in violation of the GDPR.

Google Analytics, the standard analytics tool. is utilized by many websites, which in turn forward their user data to the U.S tech giant. This practice is widely considered illegal. According to the 2020 CJEU ruling, U.S. providers (Facebook, Google, etc.) violate the GDPR. This is so because they are required to provide personal details of users to U.S. authorities and intelligence agencies as per U.S. surveillance laws.

“Instead of actually adapting services to be GDPR compliant, US companies have tried to simply add some text to their privacy policies and ignore the Court of Justice. Many EU companies have followed the lead instead of switching to legal options.”

While most U.S. providers like Google have claimed that they have put SCCs and TOMs in place to accommodate GDPR requirements, the current decision outlines these measures as completely useless when it comes to U.S. surveillance. This decision practically bars all companies from using U.S.-based cloud services in Europe. Further, it’s urging them to use self-hosted alternatives to Google Analytics, or options that are hosted in Europe or outside the U.S. This is essentially an attempt to urge EU companies to shift towards safer and legal options under the GDPR.

Next Post
Weekly Roundup: US A...
0 Comments
Leave a Reply Cancel Reply