Automatad Team
“Once the administrator has been determined, that is the point, one would assume, that UID 2.0 will go fully into production, and get out of the holding pattern that it has been in,”
Share Tweet Share

Advertising issues and opportunities continue to shift in the rapidly evolving media environment, reflecting changing consumer behaviors and new technologies. This year, issues will continue to cross over into new platforms, while the nature of the buying and selling process itself is also likely to change.

The results of a recent Mediaocean survey are in and most executives believe that cross-platform, integrated media issues will continue to drive the biggest changes in 2022. Nearly 57% of respondents believe that improvements in cookie-measurement solutions will be the second-highest driver in the business. 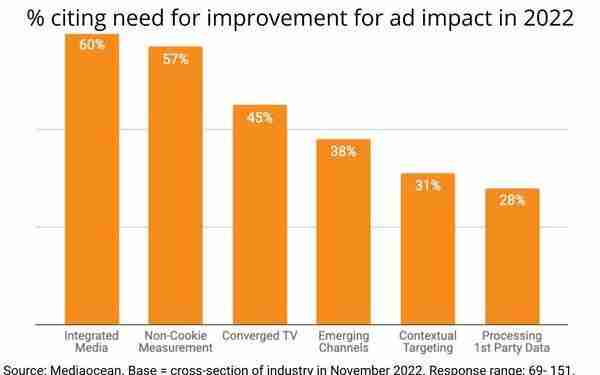 Further, improving “contextual targeting” and “first-party data” will be front and center to brands seeking to optimize data and audience targeting. In other words, the advertising industry’s focus is shifting toward using cookie-less data to fuel cross-device advertising.

What’s Up With The Legacy Publishers?

First-party data is not new. After all, publishers and advertisers have long used their own online and offline touchpoints to enhance digital advertising campaigns with more context about consumers. As the NBCUniversal audience and ad tech stack evolved, this first-party data was mostly housed in silos and not connected to the combined view the company was seeking.

“The platform was built to drive greater efficiency and effectiveness in advanced targeted advertising. The challenge is figuring out how to unify that [scattered] data into a single ID and commercialize it.”

NBCUnified is built on NBCU ID (a data marketplace where advertisers can merge third-party data to NBCU IDs, plus technology that allows advertisers to match up data to bolster their cross-platform targeting capabilities. It aims to build a unified database of customer data that allows the company to reach consumers across multiple verticals in a privacy-friendly way.

With the platform basically in place, NBCUniversal is ready to offer more relevant ads and more personalized watching experiences across its channels.

Why Is The NYTimes Acquiring The Athletic?

Following a series of high profile buyouts, a move by the New York Times to purchase popular sports-focused news company The Athletic is on the cards. The surprising move will see the publishing giant, one of the world’s largest subscription businesses, quickly hit the 10 million digital subscribers ahead of the schedule.

Announced on January 7th, The NYTimes has agreed to buy The Athletic, a sports news publishing company, for $550 million.

“We are now in pursuit of a goal meaningfully larger than 10m subscriptions and believe the Athletic will enable us to expand our addressable market of potential subscribers,”

The Athletic was founded in 2016 in large part to address the shortcomings in the media industry’s coverage of sports. Since its inception, the publisher has remained ad-free and relied on subscription-based business models. Although the company raised $140 million to the date, it was expected to be profitable until 2023.

While there is no solid plan shared by The NYTimes, the publishing company looks forward to becoming a leader a sports journalism and adding 1 million subscribers of The Athletic to its subscribers base.

“In addition to subscriptions, we also see a big, untapped advertising opportunity. Much like the one we’ve built in our core business, which is downstream of our subscription business and powered by premium ad products and first-party data.”

Why Is There No Harmony Towards Adoption Of Unified ID 2.0?

The fate of OpenPass — a Single Sign-On (SSO) technology launched by Criteo, for authenticating web users and letting them sign in to websites using their email addresses is now in doubt. As the publishers in the US are hesitant to share their readers’ email addresses with a third party, the testing of OpenPass has caused the company to stop making progress.

On the other hand, Unified ID 2.0, TTD’s cookieless solution that was handed over to Prebid, still has a long way to go. While publishers like BuzzFeed and The Washington Post have signed for it, there are many brands (including The NYTimes) that are skeptical of experimenting with UID 2.0.

“It’s a question of what we want the new internet to look like. Do we want it [the advertising experience] to be more contextually relevant than it was prior to that? I think it’s also a question of whether publishers want to take their most valuable asset and do you want to share it to help the open internet?”

And for publishers who are getting a major chunk of traffic from the European regions, Unified ID 2.0 creates another challenge. Who will be accountable for breaching GDPR and policies under it? The European privacy law requires companies to define themselves as either data processors or data controllers. Since readers’ email addresses are considered as Personally Identifiable Information (PII), it becomes crucial for publishers to ensure that there should be an administrator who can handle data and ensure the ad targeting follows the GDPR.

“Once the administrator has been determined, that is the point, one would assume, that UID 2.0 will go fully into production, and get out of the holding pattern that it has been in,”

Google And Facebook Fined Again? For What This Time? 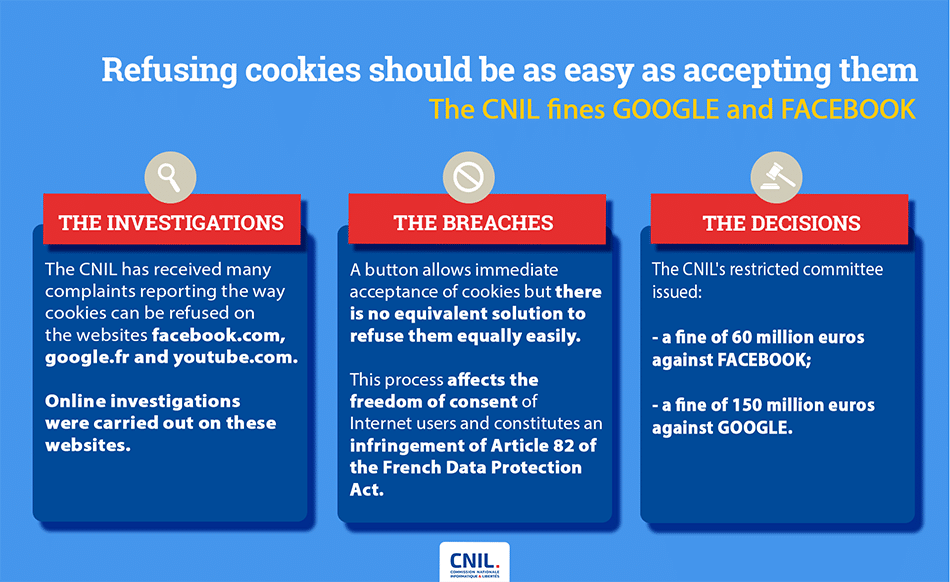 “Since, on the internet, the user expects to be able to quickly consult a website, the fact that they cannot refuse the cookies as easily as they can accept them influences their choice in favor of consent,”

CNIL has ordered Google and Facebook to rectify their cookie acceptance policies and make it easier for the users to accept or reject. If not done, the companies have to pay a penalty of $100,000 per day of delay.

Next Post
How to Setup Backfil...
0 Comments
Leave a Reply Cancel Reply