Automatad Team
2021 also saw both ad sellers and buyers clamoring to figure out ways in which they could integrate alternative ID solutions into their business plans. The most popular solutions included those created by The Trade Desk and Amazon.
Share Tweet Share

Contextual targeting made a comeback in 2021

Despite the pandemic being a pain point of 2021, the digital media ecosystem was unusually quite stable. As most publishers were focusing their efforts on finding an alternate identifier solution in the post-cookie world, contextual targeting saw a resurgence in 2021. Various agencies and brands leveraged contextual targeting to deliver relevant ads and the technique even made its way into devices like OTT and CTV. Brands and agencies also indicated an increased allocation of their ad budget towards contextual targeting. 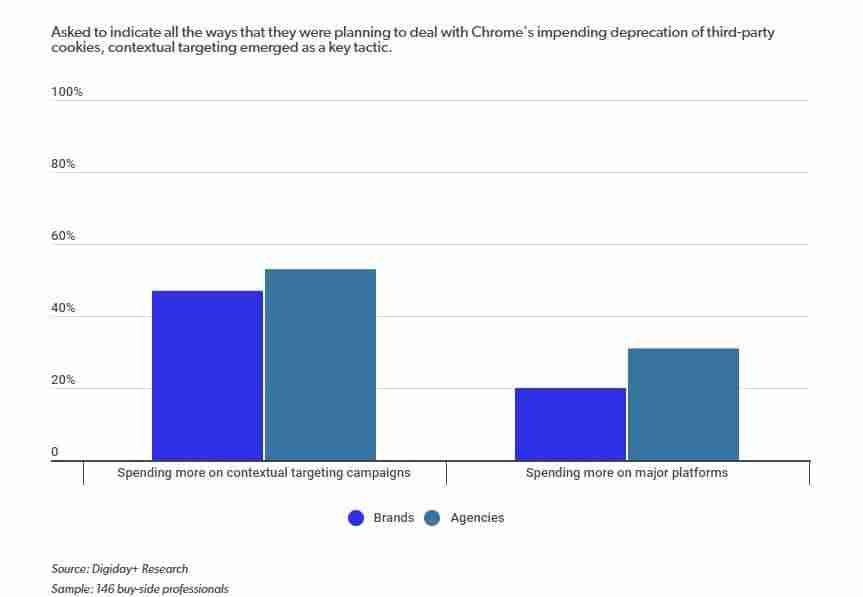 Publishers remain hesitant to include alternative identifiers in ad deals

2021 also saw both ad sellers and buyers clamoring to figure out ways in which they could integrate alternative ID solutions into their business plans. The most popular solutions included those created by The Trade Desk and Amazon. This increased adoption of alternative identifier solutions can be attributed to the perception amongst publishers that such solutions would prove to be crucial after the phasing out of third-party cookies. However, owing to Google extending the date for third-party cookie discontinuation to 2023, most advertising campaigns made by publishers still don’t feature these alternative identifier solutions. 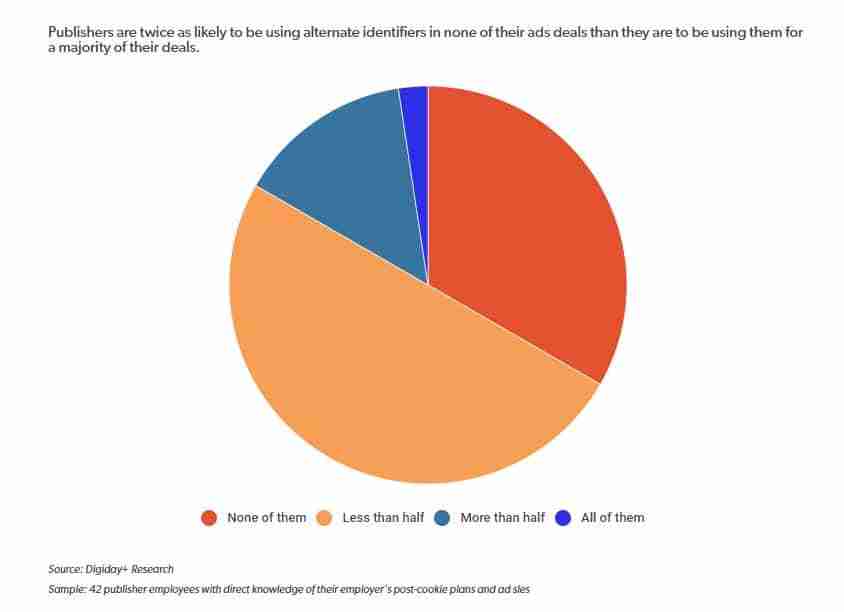 Publishers still worried about the deprecation of third-party cookies

Testing alternative identifier solutions might have been popular amongst most publishers in 2021, yet most of them remain worried about how fruitful these solutions would prove to be. Despite having created various strategies about how these alternative identifiers might be integrated into existing business plans, most publishers are still worried about what comes next after third-party cookies are phased out. Their concerns with being able to measure ads in a post-cookie world remain identical to Q1 even during Q4 of 2021. 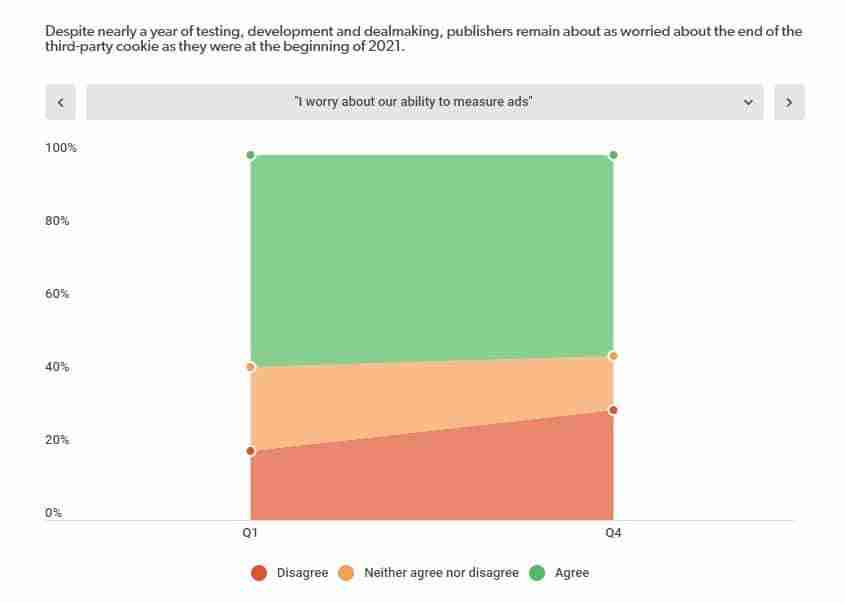 Lack of focus on social media platforms in 2021 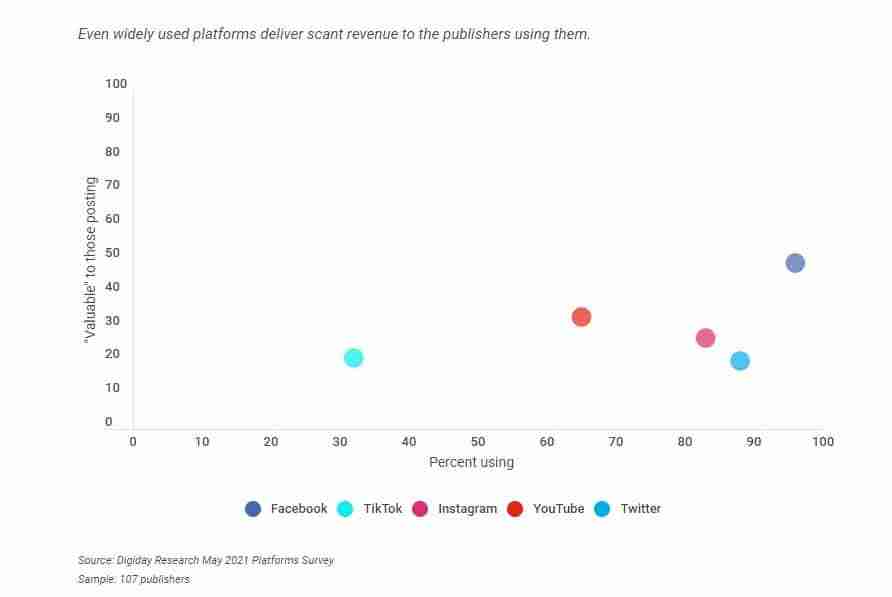 Mobile advertising saw continuous shifts in the year 2021. The major reason for such shifts can be attributed to Apple removing IDFA and implementing its new App Tracking Framework. Most small publishers didn’t have the resources, in-house data science, or R&D expertise to excel in privacy-first mobile marketing, and derive insights from Apple’s freely available SKAdNetwork anonymized marketing data.

Additionally, the fact that only 25% of users globally had opted for App Tracking, created further friction while attributing users. Alternative probabilistic methods of attribution like ‘Fingerprinting’, therefore found a new lease of life, despite Apple opposing it and reducing its effectiveness in Private Relay, and Safari browsers.

While larger publishers could take advantage of the aforementioned avenues like data science and R&D, experiment with their marketing tactics, make sense of SKAdNetwork data, while also accumulating more user data by simply acquiring smaller publishers – mid-size or indie publishers didn’t have this privilege. However, smaller publishers remained at par with their bigger competitors by building Business Intelligence stacks and utilizing their existing tools to analyze diffused datasets and try to reach their monetization goals.

With Android set to follow Apple and create its own privacy-first measures, and publishers still trying to figure out ways to tackle this post-IDFA ecosystem, mobile marketing in 2022 is expected to remain just as tumultuous as the previous year.

Where Does Big Tech Advertising Stand At The End Of 2021

As 2021 comes to an end, big tech advertising companies have gone through a number of changes throughout the year owing to privacy changes and new privacy regulations. Each company has its own distinct dynamics and was affected by the market shifts of 2021 in its own unique ways.

Google’s proclamation of not building their own alternative tracking methods after the phasing out of third-party cookies received criticism from the market, as did its claim that industry IDs would never be approved as per emerging privacy regulations. Privacy Sandbox and FLoC did not pass muster from EU privacy regulations. Its concerns were not limited to its own privacy policies but also with having to adapt to anti-tracking solutions introduced by Apple, such as Intelligent Tracking Protocol, App Tracking Transparency, etc.

Google ditched their last-click attribution model to adopt a new data-driven attribution model owing to the lack of scale of conversion on Safari and iOS. It also faced backlash as an antitrust lawsuit filed against them in New York revealed that they had colluded with Facebook to unfairly deal in the ad market.

Amazon extended its inventory in 2021 to take advantage of its proprietary first-party data machine, i.e. conversion data from Amazon, to track and target users with high-performing sponsored videos. It also tested general programmatic videos by bunding Twitch ads with its DSP, effectively closing the doors to all third parties. Fire TV ads can now only be brought through Amazon DSP, and outside DSPs no longer enjoy the liberty of purchasing them.

Facebook scrapped its free tool Facebook Analytics in June of 2021. Owing to Apple’s ATT, explicit requirement of tracking opt-ins for each iOS device, and disabling of link tracking between the web and apps for Safari users, Facebook had to overhaul their attribution system completely.

The company is scaling down the capabilities of its ad products in a bid to consolidate data. Traffic, awareness, app promotion, leads, sales, and engagement are the new metrics that Facebook has consolidated into its outcome-based campaigns.

Google was granted a patent this week by The United States Patent and Trademark Office. The patent involved a web-browser based API and described how it could control the authorization of data transmission within a network, as well as attribute clicks without using cookies.

The processes and technology can transmit small data packets to the user’s device when he/she visits a website. These data packets include session information, preferences, or can alternatively be used to authenticate and maintain the session established between the client device and the server hosting the website.

Third-party content items can be further attributed by treating them as secondary web pages. This resolves the problem of attributing clicks while maintaining user privacy without having to rely on cookies.