Automatad Team
“If you lived in Boston and Cambridge over the last 25 years, you can’t miss how life sciences has changed this area, it’s just exploded.”

The adoption of header bidding continues to grow in Q4. Data from Kevel says that there’s been a 0.4% increment in the number of publishers using header bidding in the US. Among the top 10K US sites (with ads), 69% of the publishers use the technology to increase revenue. 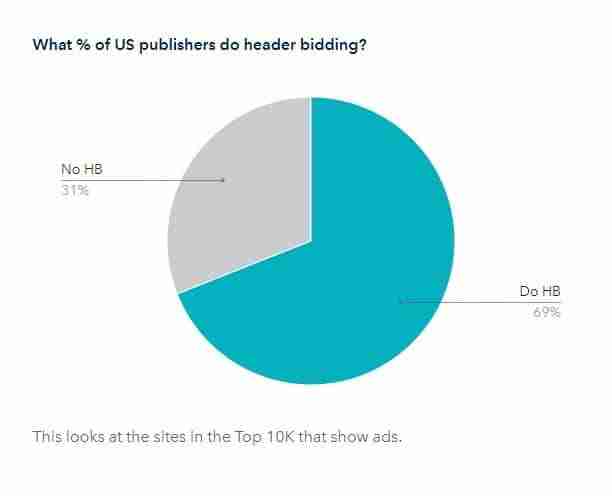 Amazon, Xandr, and Index continue to lead as the preferred header bidding adapters among publishers.

Amazon, Xandr, and Index are also the top bidders in the marketplace.

73% of the wrappers use the open-source Prebid codebase for header bidding. 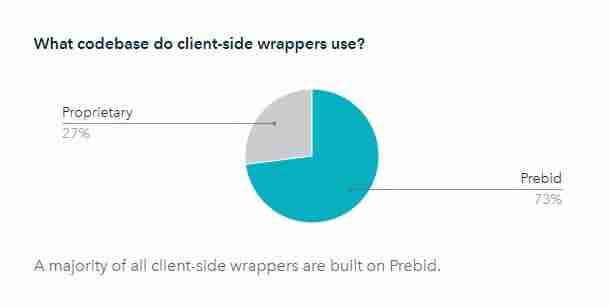 Press Gazette’s monthly tracker shows MSN’s rapid growth to become the top English language news site in the coming months. So far, the BBC has been ruling the roost in the online news industry. While the BBC gained 1.1 billion visitors in October, MSN garnered 1 billion visitors. CNN is the third on the list, but it is far from its competitors with only 569.5 million visits.

MSN was also the only site that had YoY growth.

The growth of MSN is another example of the power that big tech companies hold. Microsoft has Windows OS and enormous funds to beat legacy publishers with its aggregating platform. Similarly, Google and Yahoo are on the same list too.

The stat is a life science and medication innovation-focused website that was started in 2015 by Boston Globe Media (BGM). Despite being a fairly new publisher, the company is set to imitate Politico’s high-priced subscription-first business model while leveraging on the in-depth coverage of their niche topic (health and life science).

The global Coronavirus crisis partly forced people, both in and out of the healthcare industry to turn their attention towards pertinent issues that Stat was known to cover diligently. As a result of this shift in awareness regarding the brand, Stat’s monthly traffic peaked at 23 million during March 2020, compared to the 4.7 million traffic it enjoyed only the month before. Stat’s revenues also increased by 40% in the year 2021, compared to 2020, while subscription revenues soared by 24%.

However, other factors were also responsible for allowing this young startup to take the decision of following a similar business model as Politico.

“If you lived in Boston and Cambridge over the last 25 years, you can’t miss how life sciences has changed this area, it’s just exploded.”

Currently, Stat+, the publisher’s premium website has 60-65% of the total content behind paywalls. The publisher plans to further promote their subscriptions as per their latest business strategies.

L.A. Times plans to make changes to their podcasts

Having hired a new head of the audio department, Jazmin Aguilera, L.A. Times plans to make changes to their podcasts, especially its voice and tone, to increase listenership and revenues. Jazmin, who has previously worked for The New York Times, New York Magazine, and Condé Nast (in an interim capacity), plans to change the vibe and tone of the L.A. Times’ daily podcast, “The Times”.

She believes that this would help the podcasts connect better with the West Coast audience, and enable the publisher to not seem too formal and intense to listeners. According to her, adopting an informal and colloquial tone that separates itself from the brand, and focuses more on audience connection is key to making this plan a success. Aguilera sees potential for L.A. Times to become successful by making podcasts that are culturally entertaining.

The L.A. Times also plans to make new podcast shows in the upcoming year, ranging from deep-dive limited podcast series to shows that are more regular or seasonal. Aguilera also wants to develop fresh shows created through help from the investigative arm of the L.A. Times.

Since interesting investigations usually garner loyal followership, and the publisher already has a dearth of such fresh material, Aguilera hopes to create new revenue streams by turning these reports into audio stories. IP development and advertising are to play a key role in the success of such podcasts. The publisher is also hiring for new roles in the audio department and aims to double the team by 2022.

Furthermore, as more and more focus shifts towards podcasts in recent times, L.A. Times can possibly turn this into a multi-million dollar business. According to Adopter Media’s founder Glenn Rubenstein, millions of dollars are being offered by advertisers for placing ads on podcasts focused on the Los Angeles market. With no options to accommodate such demand in scale, most of these offers are being rejected, and L.A. Times being a reputed and huge West Coast media house can pounce on this opportunity and make millions.

As part of their best practices for writing high-quality product reviews, Google has released a fresh update in December 2021. Their last algorithm update on the same had received criticism as it reduced traffic to sites offering product reviews. In a bid to rectify this, the fresh update encapsulates two new guidelines that will help elevate traffic for publishers who include affiliate links for their product reviews.

The first guideline recommends publishers include audios, visuals, or other links documenting them testing the products personally. Contrary to merely aggregating product descriptions, this guideline is aimed to increase the credibility and authenticity of the reviews.

The second guideline recommends publishers include links for multiple sellers so that the user can make his own decision of selecting the merchant that best suits their needs. These fresh guidelines have been introduced after Google claims to have received helpful feedback from users stating which type of product reviews they find most useful and trustworthy.

However, these fresh updates might hamper Amazon’s position as being the leading online retailer to enjoy the highest eCommerce traffic. Most affiliate links redirect users to Amazon’s product pages, which also enjoy the highest conversion rates compared to any other online retailer. As a result of these new updates, Amazon might now have to compete for eCommerce traffic, as users are now provided with multiple merchant choices, a task it did not have to bother with earlier.

Twitter already provides policies and rules to address abusive behavior on its platform and has a range of enforcement options to take action on such behavior. All of the aforementioned policies are to align the publisher’s safety policies with adequate human rights standards. However, in a bid to increase the scope of these policies, and to champion users’ privacy and security, the company has taken the decision of incorporating private media into its existing private information policy.

The company recognizes that media and information are being misused to harass and intimidate individuals, while also revealing their identities to violate their privacy, emotional, and physical wellbeing. They recognize that certain segments of people, especially dissidents, women, activists, and minorities are most vulnerable to such misuse.

Hence any unauthorized private media belonging to a private individual shared without the depicted person’s consent would be dealt with according to the company’s latest private media policies. Appropriate action will be taken after judging the context and intent of the tweet and shared media.

The importance of context has been mentioned since the company recognizes that at times media pertaining to private individuals are shared without prior consent to help raise awareness regarding a crisis situation or to gather help for a person in need. These events, which might include the aftermath of a disaster, could be newsworthy and cater to the public interest, far outweighing the safety risks that sharing such media might cause to the person involved.

Depending on the context of the posts, the company might allow certain private media to remain on the platform. They would also take into consideration whether the shared media is available publicly if any mainstream/traditional media outlets have covered the story, if the shared private media adds value to public discourse, or is relevant to public and community interests.

In order to report private information and media being shared on Twitter, the company urges the users to create a first-person report, or for an authorized representative to make a similar report stating that the information/media has been shared without the permission of the person depicted. Once this report has been made, and Twitter has been notified of the same, they will proceed to remove the private video or image, in line with their latest private information policy incorporating private media.

During recent years, we saw government authorities recognizing the rampant dark patterns on the internet. The CCPA law considers them illegal, and the FTC has declared its fight against them. But, Nieman Lab says that many publishers are still using dark patterns to retain their subscribers.

Legacy publishers are making it easy to subscribe but hard to unsubscribe to their memberships. The trade body considers such practices as unfair or deceptive. But, the current state suggests that the FTC isn’t fighting actively. The NYT and the Wall Street Journal require a few groups of their subscribers to call or start a live chat for cancellation. Bloomberg makes their subscribers chat with bots if they wish to discontinue. There are many more publishers with complex processes.

Publishers can argue that a user can be unsubscribing because of some problems. And, if he calls, the publisher can understand his issues and solve them so that there’s no reason to cancel the subscription. But, instead of forcing the user, publishers should provide the option to contact. If the FTC decides to fight dark patterns strictly, it can start sending notices to publishers who are using them. Publishers may even face legal actions and penalties. Therefore, it’s better to avoid dark patterns and deliver the best experience to your subscribers.

W3C – not fit for purpose – Movement For An Open Web

Next Post
What is an Ad Blocke...
0 Comments
Leave a Reply Cancel Reply