Automatad Team
“Every publisher wants its original reporting to get the visibility in search results, especially the top stories, that they deserve. Unfortunately, we don’t feel like that’s always the case."
Share Tweet Share

eMarketer has released its worldwide ad spending report. One of the key highlights is how the older predictions have changed throughout the year. Here’s what you should know: 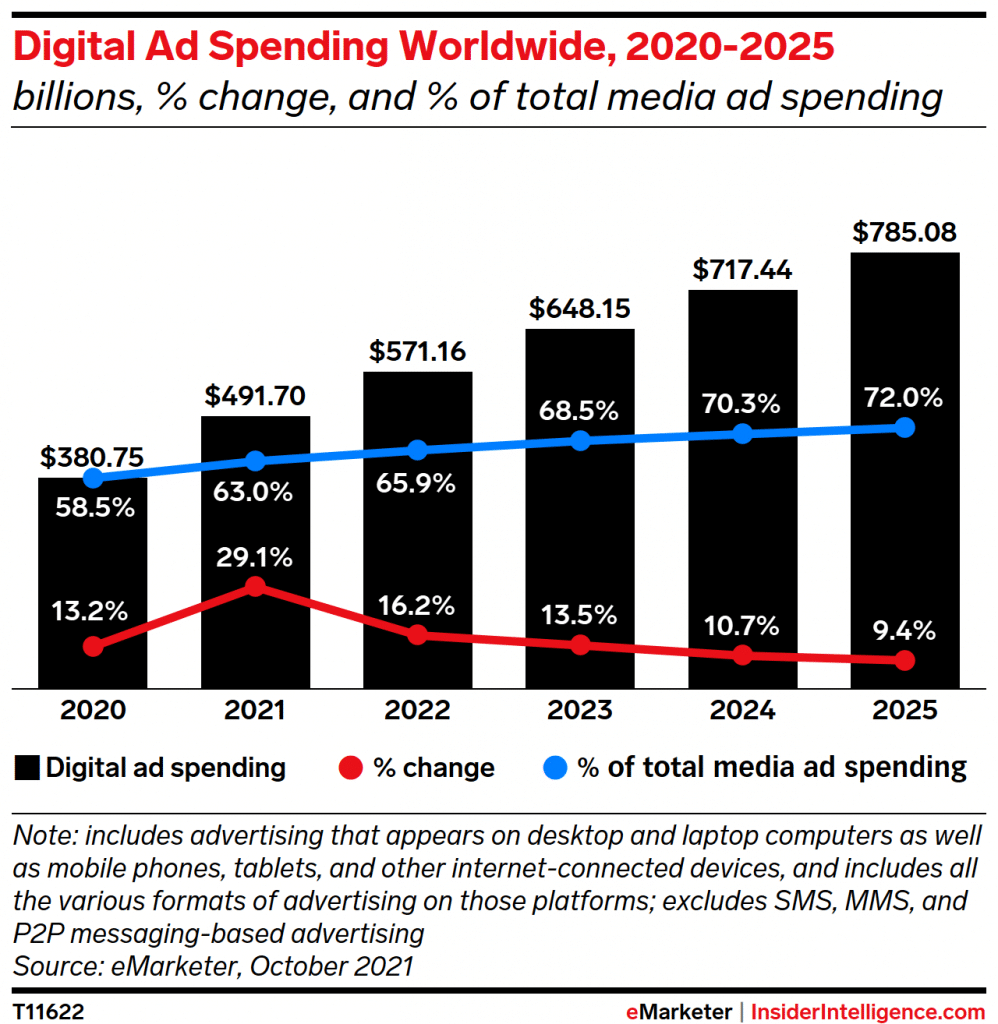 Travel was the most disrupted industry during the pandemic. But, the recovery has started picking up slowly. A report from Zenith Media highlights:

European countries are giving a tough time to the ad tech industry with their strict privacy rules. Almost every week, we see new developments that make targeting difficult in the EU. Recently, the UK’s Information Commissioner has expressed her opinions and expectations with the industry. She expects the new methods of advertising to have “clear data protection standards”. The upcoming technologies should:

We can expect that these opinions would impact European privacy laws in the future. Meanwhile, the Members of the European Parliament have already voted for tougher restrictions on data collection. It can lead to changes in the Digital Markets Act (DMA) and complete prohibition of data collection from minors.

Verifying age before collecting the data can become a huge challenge for the industry. But, companies have to comply if the law comes into existence.

Google has revised its commitments related to the development of Privacy Sandbox amidst the antitrust investigation in the UK. The company says that it’ll ensure that the changes in Chrome apply equally to Google and third-party products. The development of the Privacy Sandbox APIs will consider the inputs from the Competition and Markets Authority and Information Commissioner Office.

Google has already offered a set of commitments for the same purpose earlier this year. The current revision is the response to the feedback from the Competition and Markets Authority. If the CMA is satisfied with Google’s offer, it’ll close the investigation and move to a new phase of active oversight. The authority aims to ensure that Google’s deprecation of the third-party cookie causes minimum damage to the competition and user privacy.

The company has outlined the following amendments in its blog post:

The tech giant says that it’ll apply the commitments globally if the CMA accepts them.

When you don’t get a link for your original article from fellow publishers, you incur the loss of potential traffic. An original story deserves a link that credits the publisher. A citation link also brings SEO benefits to the original publisher. The reader is entitled to know the source of information too. In other words, proper citation is helpful for publishers and readers. Still, you’ll see many stories that do not link to their sources. The Association of Online Publishers has decided to end this problem with a standardized citation process.

Currently, the protocol is backed only by the AOP’s audience development steering group, and some more publishers like The Sun, Global, and Bauer. Soon, the association will try to pull more publishers and trade bodies. This initiative will help many original content publishers if it becomes widely adopted.

“Every publisher wants its original reporting to get the visibility in search results, especially the top stories, that they deserve. Unfortunately, we don’t feel like that’s always the case. Despite Google’s best efforts to try and reward original content, there are inconsistencies in the way publishers have been linking to and identifying the original source of stories.”

– Carly Steven, head of SEO at The Sun

Are The Emerging Titans Of AdTech Credible Competition To Google And Facebook? – Forbes

How Ad Viewability I...

Next Post
How Can Publishers G...
0 Comments
Leave a Reply Cancel Reply