Automatad Team
“The platforms prefer recency over the provenance of news content, meaning that the incentives to invest in breaking a story is diminished. A publisher who rewrites a story is more likely to receive traffic referrals via platforms than a publisher who invested in writing the story in the first place.”
Share Tweet Share

The Wall Street Journal reports that ad spending will soar during the midterm elections. The expenditure will be around $9 billion, more than double the amount spent in 2018. Most of this money will go to fundraising campaigns. While streaming platforms are receiving a lot of attention, digital ads can still attract $1.29 billion. 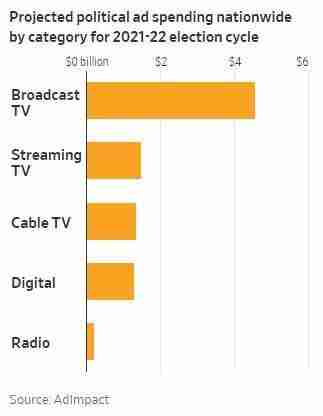 House and Senate races will bring more than $4 billion. Elections for governor will get $2.3 billion. Furthermore, down-ballot races will attract $2.5 billion. 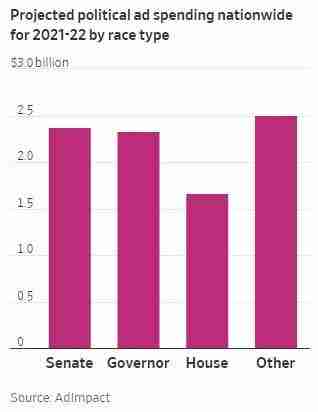 Georgia, Pennsylvania, and Arizona will be the top senate races to attract the ad spend. 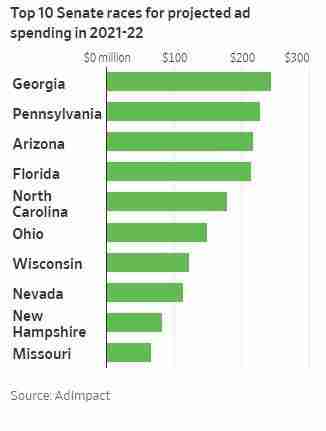 Google Charges More Than Twice Its Rivals in Ad Deals

An ongoing suit against Google reveals that the company takes 22% to 42% cut from the ad spend going through its system. Its ad exchange charges are two to four times more than its competitors. The suit alleges that Google has created systems to help the company win more than 80% of the auctions on its ad exchange. It has deployed strategies to lock in publishers and advertisers to kill the competition. As a result, publishers have fewer options for monetizing their sites with ads. Google’s practices inflate advertising costs, ultimately leading to costlier products. Currently, AdX charges between 19% to 22% from advertisers. Smaller advertisers pay between 32% to 40% to show their ads on Google Display Network.

Earlier, Google argued that the case details should be redacted for privacy reasons, but the authorities have released an almost redaction-free filing on Friday. It reveals that Google knew that header bidding can destroy its business. The text says, “Google viewed header bidding’s promotion of genuine competition as a major threat. In Google’s words, it was an existential threat.” When Google started its Jedi Blue program with Facebook, it was aware that it’ll generate suboptimal yields for publishers and poses a serious risk of negative media coverage if exposed externally. Facebook enjoyed better match rates by working closely with Google.

New revelations also talked about project NERA, Google’s attempt to create a walled garden out of the open internet. As per the suit,  NERA and Privacy Sandbox aim to limit publishers’ ability to identify and track users. As a result, Google can position itself as the arbiter of identification and targeting on the open web.

If the allegations are true, then Google has definitely been anti-competitive. Governments around the world should take measures to prevent such monopolies.

How Ripped Content Impacts Search Traffic On Your Original Stories

If you are a news publisher who breaks exclusive stories, you should know that other publishers can rip your content and outrank you within hours. Recently, The Sun published three exclusives, and within a few hours, articles from Daily Mail, Mirror, and Metro started appearing above those stories. All these articles were based on The Sun’s exclusive. Press Gazette has demonstrated the same with its test. Below is one of the stories and the rewritten follow-ups along with it. 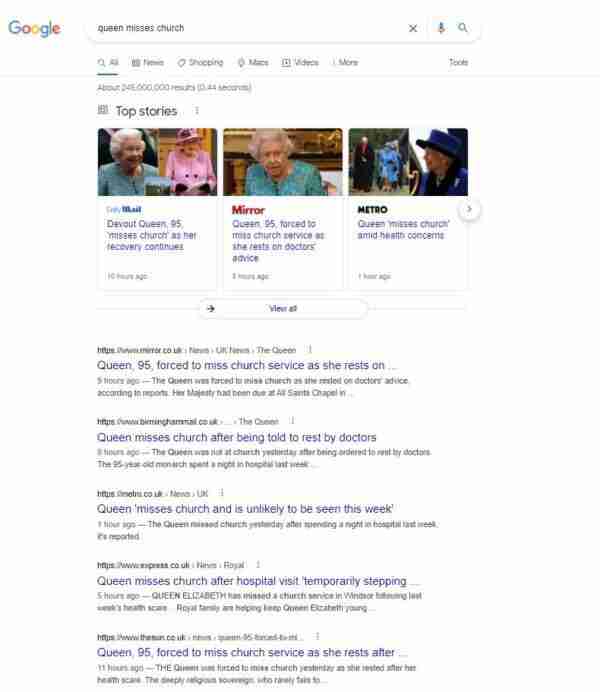 “The platforms prefer recency over the provenance of news content, meaning that the incentives to invest in breaking a story is diminished. A publisher who rewrites a story is more likely to receive traffic referrals via platforms than a publisher who invested in writing the story in the first place.”

Google has responded to the complaint and it says:

Google may have implemented algorithms to recognize original content, but we can’t see them working in the Sun’s case. Search is the major source of traffic for news publishers, and Google should ensure that the search results respect original journalism. Ranking ripped content also diminishes the quality of search results.

What Should Sports Publishers Know About Sportsbooks

Betting companies often sponsor content on Sports sites, and publishers earn lucratively from them. In return, these companies gain new bettors on their platforms. But, Digiday says that such companies are growing their own media channels to decrease their reliance on publishers. Sportsbooks like DraftKings are not only partnering with publishers, but they’re also working with individual creators for in-house content. The upcoming trend of consolidations will also reduce the number of potential clients.

As the states continually legalize online sports gambling, the sportsbooks will keep acquiring new users. Currently, there’s the inertia of users who are curious to place their first bet. Such users won’t stick to betting for a long time. Most of these users are casual betters, not heavy gamblers. They’re likely to download and set up one betting app and continue using it. Most of the apps are very similar, so switching platforms wouldn’t make much difference.

Acquiring casual users through expensive campaigns wouldn’t work financially for most companies. As a result, smaller companies will start getting acquired by bigger whales. Ultimately, there’ll be 4-5 betting companies, and they won’t be as aggressive as they are right now. Some of them will also acquire sports media businesses and reduce dependency on independent publishers.

To summarize, the sports betting space will eventually consolidate. Therefore publishers should consider it as an evergreen revenue stream

Facebook collecting people’s data even when accounts are deactivated – Digiday