The Ad Economy In September

MediaPost reports 10.2% YoY growth in US ad spending in September. While the market has expanded, the speed of its expansion has slowed down for the third consecutive month. Digital ads increased from 48% of the total spending in 2020 to 57% this year. Digital media grew 29% independently whereas traditional media fell 9% during the same period. 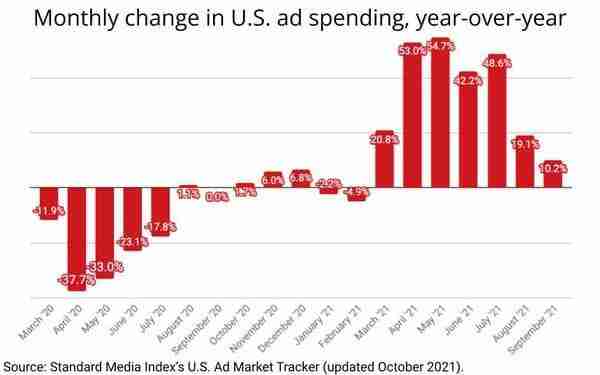 AdSecure, an ad quality solution provider, has released its Violations Report that analyzed over 100 million campaigns during Q1 and Q2. Apart from user security and privacy, the report also talks about the violations of IAB’s ad quality standards. It says 2.4% of ad creatives do not follow the industry standards.

Out of the total violations:

So, make sure you’re working with ad tech partners who maintain their ad quality.

Facebook plans to introduce multiple new features to its News Tab. Axios says that curated collections around big events and breaking news can be one of the new additions to the tab. It can help the publishers bring more traffic from the platform.

The News Tab is available in the U.S., U.K., Australia, and Germany and it features selected trustworthy publishers. The company will introduce the tab in other English-speaking countries as well. Facebook says that the News Tab contributes to over 30% of overall Facebook news link referral traffic for publishers included in the tab. 88% of this traffic constitutes people who don’t follow the publishers on the platform. Publishers too agreed to Axios that the News Tab has been more reliable than News Feed for referral traffic. Data from Parsely also shows that Facebook feed traffic has almost remained flat for publishers. 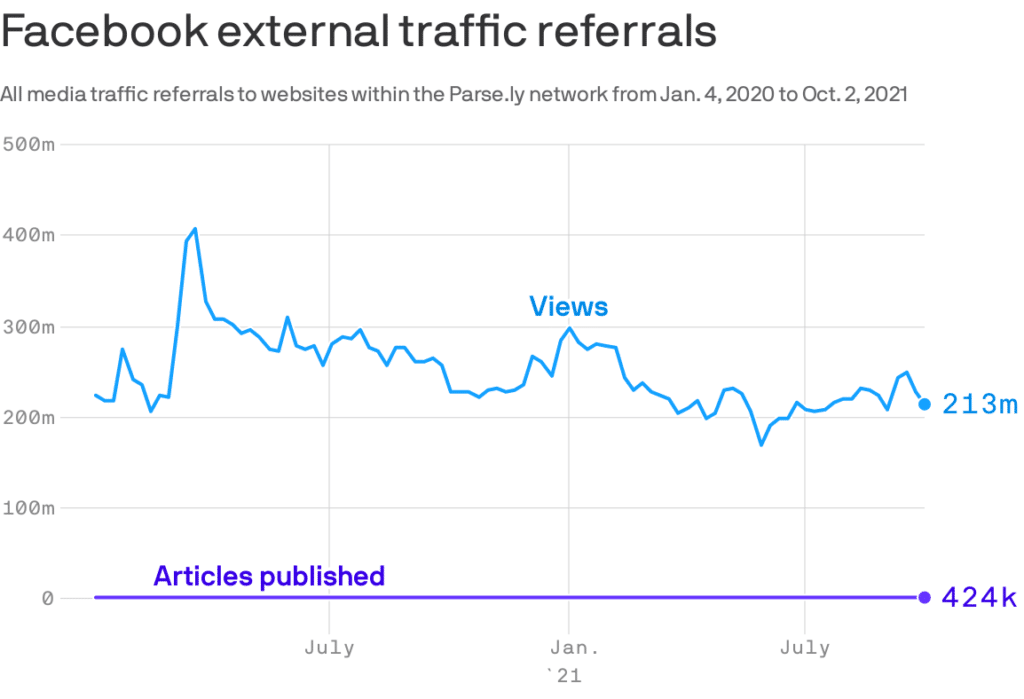 Apart from curated news, the company can try other content types like local alerts, video, quizzes, and cluster-based collections for the tab. Content from Facebook’s Bulletin newsletter program writers will also be a part of the news section. People from editorial backgrounds will be doing the curation work. All these efforts will help the company build more trust among publishers.

“Part of our intent when we launched Facebook News was to try to bring some consistency and predictability to news publishers,”

Reach earns most of its revenue from ads, but newsletters help the publisher to get returning visitors. But, it won’t be a good experience if the publisher keeps pushing the newsletter reader to visit the site. At the same time, it’d be hard to generate revenue if the user never leaves the inbox. So, it is trying to find a balance between the two situations. The publisher is hiring 14 editors to optimize the newsletters for the right level of engagement. It tests send times, headlines, frequency, etc. to find ways of maintaining the activity levels.

The publisher has defined its most loyal users as ones who come back eight out of sixteen days in a given period. Reach studies what works the best for these subscribers and then creates its strategies accordingly. The reading habits of the loyal visitors also help the publisher decide the theme for its upcoming newsletters.

The NYT is taking a pipeline approach to leverage its newsletters. Its top-of-the-funnel newsletter introduces the reader to the publisher and helps build the initial relationship. Once a reading habit is formed, it becomes easier to convert a subscriber into a paying customer. The current top newsletter has 17m subscribers.

A new antitrust bill is on its way to regulating Big Tech and safeguarding smaller businesses. The American Innovation and Choice Online Act will prohibit dominant online platforms from engaging in discriminatory behavior. Companies will be punishable under the law if they’re acting as gatekeepers against rivals or giving preference to their own product over others. In the tech industry, we’ve seen Google benefit itself because of its dominance in the market. Amazon has also been accused of similar tactics in its e-commerce marketplace. This bill aims to prevent such situations.

“As Big Tech has grown and evolved over the years, our laws have not changed to keep up and ensure these companies are competing fairly. These companies have continued to become a larger part of our everyday lives and the global economy, controlling what we see and how we engage on the internet.”

Small businesses should have a level playing field. If you’re a geography-related publisher, you shouldn’t lose your traffic to Google Maps just because Google is bigger than you. Currently, the bill is in its inception so we can’t be sure how it’ll turn out. We can only hope that the publisher will benefit from it.