B2B ad spend had a huge spike in 2020. Its share in the total digital ad spends increased from 4.9% to 5.7%. But, eMarketer predicts that the growth wouldn’t continue at the same pace. B2B will maintain the same share in the coming two years. It’ll reach 5.8% by 2023. 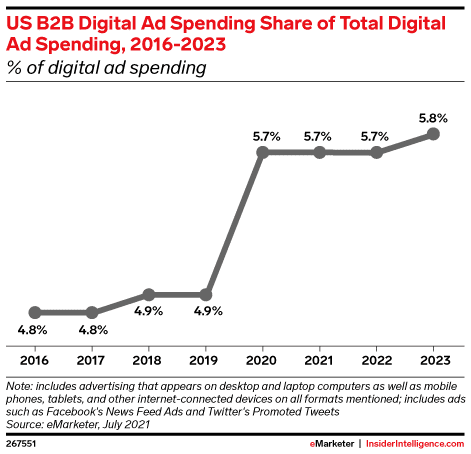 Kindly note that a stagnant share doesn’t mean that B2B isn’t growing. It only means that the B2B market will grow with similar proportions, that’s why it’ll maintain its share with the overall digital ad market. So, continue your efforts if you are a B2B publisher.

Rising paid audio subscriptions in the US 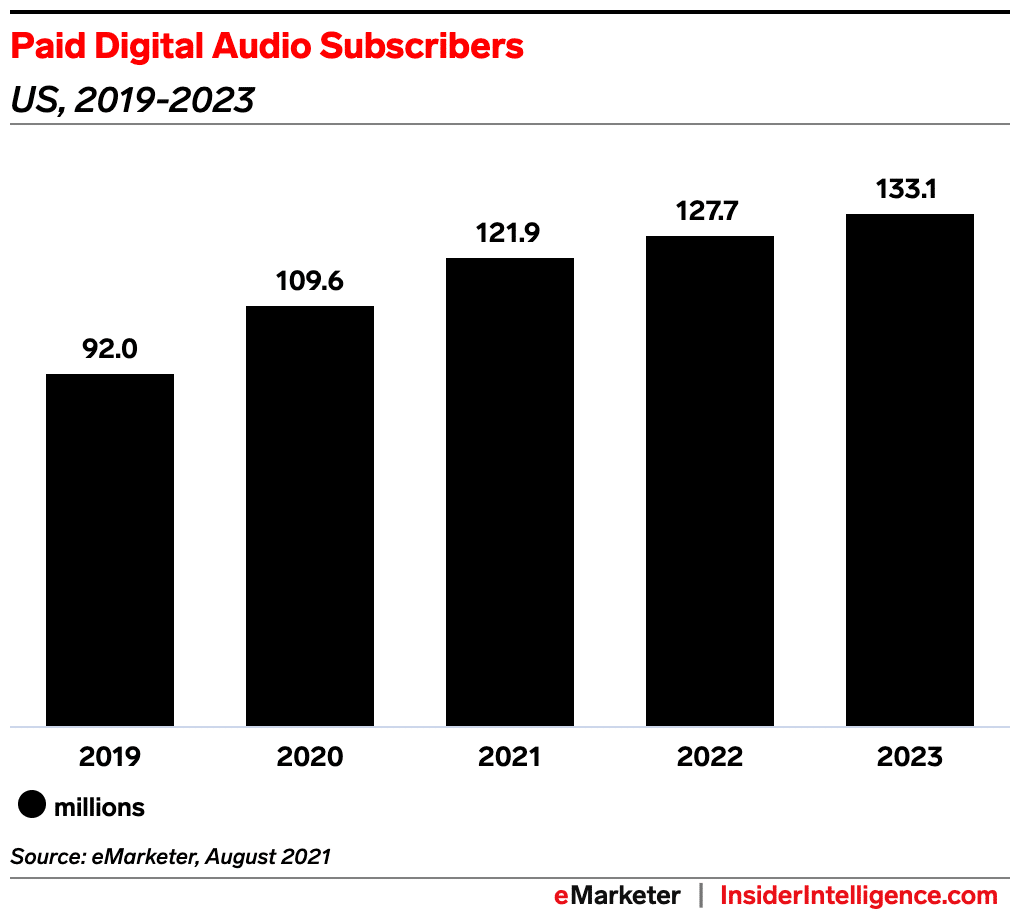 This data indicates that paid audio has a potential for publishers. Listeners are willing to pay for quality content. When you are already creating content for your site, find out opportunities to reuse it for audio.

PressGazette has released its analysis of the UK’s news site in July. Here’re the highlights: 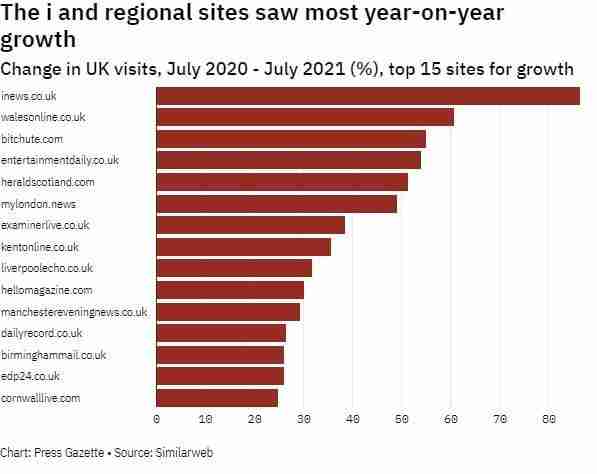 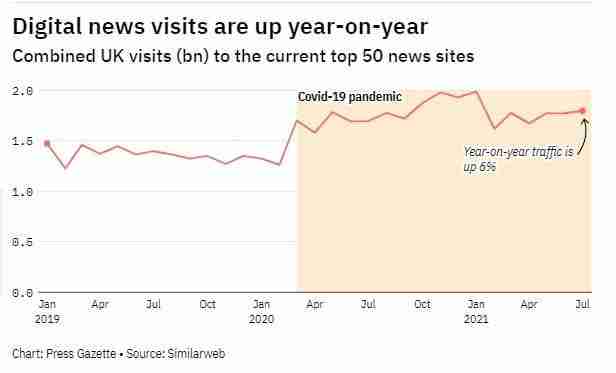 So, digital news may be a competitive space, but smaller publishers can grow if they’re appealing to the audience.

Back to school publishing during the rise of Delta variant

Back-to-school season is here, but the delta variant of the COVID-19 virus is also spreading among children. Worried parents are seeking helpful information online. As a result, parenting sites are experiencing increased traffic. Parenting publishers like Meredith and BDG have already started their preparations.

Publishers are balancing between normal back-to-school content and relevant news updates. Parents are searching for both kinds of content, and publishers are also acknowledging the time-sensitivity of the situation. Focussing on the most important news for the target audience is the best balancing tactic. Romper’s piece on mask guidelines at schools is a great example.

“We’re doing everything from the perspective that school is still not normal this year.”

The pandemic brought a surge in the number of paid subscribers for most of the publishers. The majority of the paying users hold an average of two subscriptions. But, the content consumption frenzy is cooling down, and many people are likely to unsubscribe from the least valuable plans. So, the current challenge is to retain the users.

Digiday has highlighted some of the approaches that the publishers are taking. Here they are:

As a publisher, you should also think of the various ways to offer more value to your subscribers. It’s the only way to retain them.

Chrome has brought three new features in its beta version:

While the first two may not have a significant impact, the third feature can influence user behavior on your site. Have a look

The user can navigate to other search results without going back to the SERP. It removes the friction that can hold the user on your site. It means you need to make sure that the user experience and content are always the best on your site.

This feature might be unacceptable to many publishers because it can bring your competitor directly to your site. Imagine the user reading your article and Google is suggesting your competitor’s site over it? Wouldn’t it be a nightmare? The next concern can be about ads. What if Google decides to populate the space with ads and your competitors start paying to pull your traffic on their site?

We’re sure that Google would’ve thought about all such concerns in advance. But we suggest you keep a tab on this feature.

The industry reacts to UK’s divergence from GDPR

Last week, we saw how the UK might relax some GDPR norms to ease business activities. The government wants to have a common-sense approach for online privacy and not just a box-ticking implementation. The Drum has discussed some of the reactions from the ad tech industry on the same matter.

The Drum highlights that the GDPR is based on third-party cookies, and the industry is already moving away from it. Even if the UK completely retracts GDPR, most companies will keep moving in the same direction. A Wired article says that even after Brexit, the EU still holds power on UK’s data because the free flow of data to the European Union is worth £85 billion to the UK. So, the UK isn’t free to take its decisions independently.

Julie Rubash from Sourcepoint says consumers are frustrated with cookie banners. But, proper implementation of banners can solve the issue without the need for policy changes. Other reactions talk in a similar tone where they suggest removing bureaucracy and complications instead of scraping the law and its framework.

Google: Interstitials are Fine Under this Condition (searchenginejournal.com)

Tech companies will try to push private browsing into the mainstream (digiday.com)

With iOS 15, Apple Will Get Permission Before Serving Its Own Targeted Ads | AdExchanger