The US, UK, Australia, Canada, and New Zealand ad markets surged 52% during Q2. The markets haven’t only recovered, but they’re into the growth phase. The growth is followed by a modest 5% increment in the first quarter. Combining both the quarters, the first half of the year witnessed a 25% overall growth. 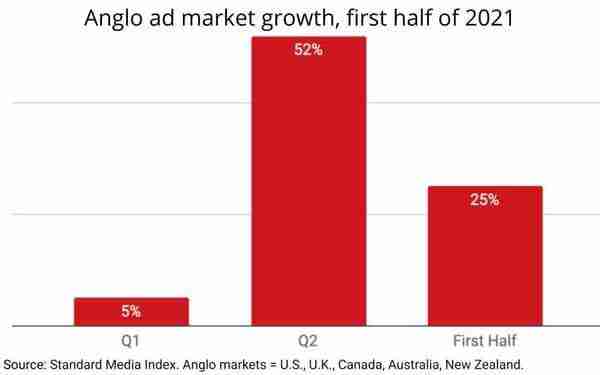 Search and Video ad spend will grow by 50%

The Statista Advertising and Media Outlook predicts that search engine and digital video ads will grow by more than 50 percent over the next four years. Search ads are popular because they provide direct access to customers making purchase decisions. On the other hand, digital video ads will get the benefits from rising CTV adoption. 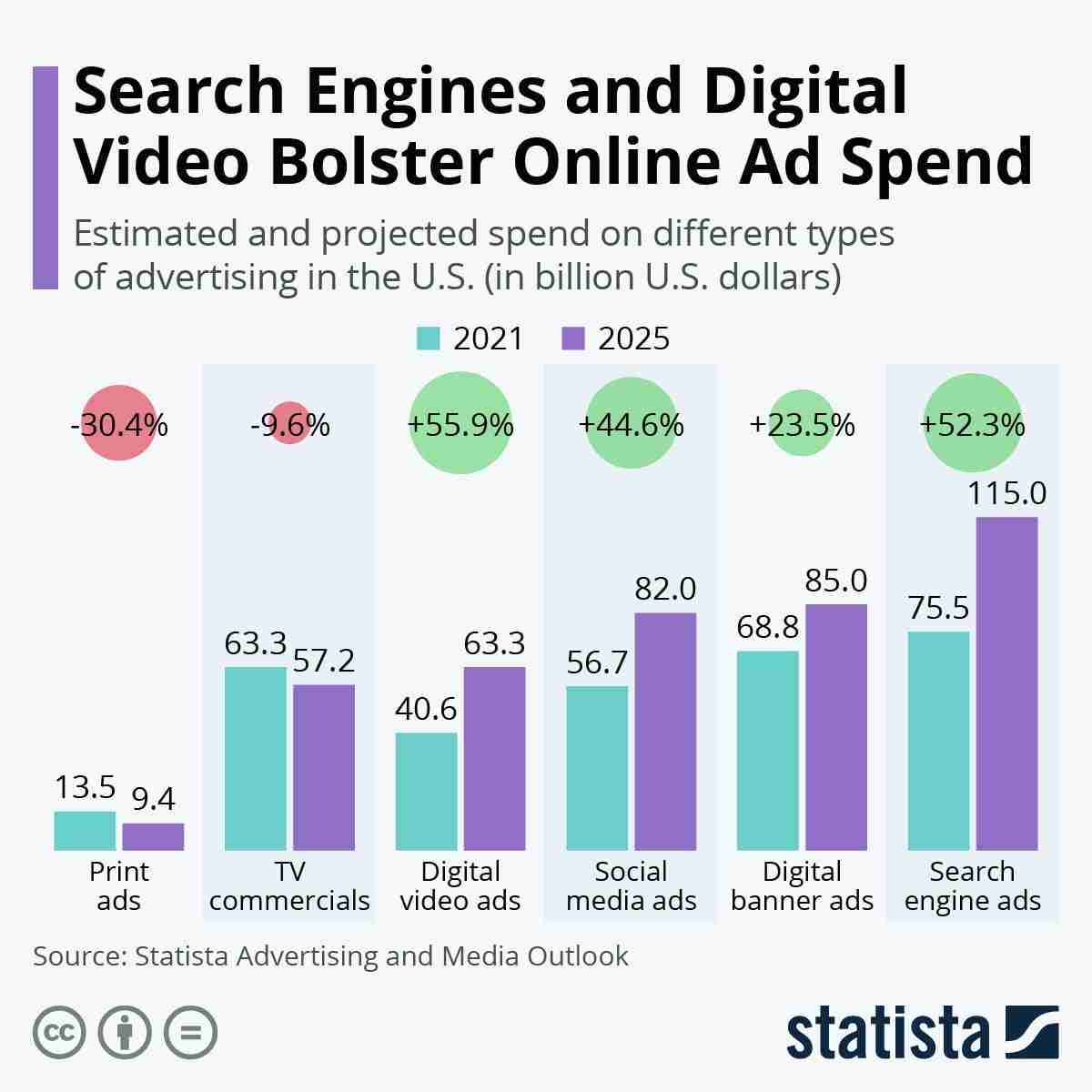 Older ad formats like print and display ads are fading slowly. Ad spends on print ads will decline by almost 30%. While banner ads will continue to grow slowly, social media ads will soon surpass them.

Podcasts are flourishing in the US

eMarketer reports that podcast production and listening are growing at the fastest pace in English-speaking markets. The US leads the list of top podcast-producing countries. Also, 42% of the US population will be listening to podcasts by 2025. After the USA, podcasts are most popular in Sweden, Norway, Australia, and Canada (among English-speaking countries). YouTube, Spotify, and Apple Podcasts are the top platforms enabling content consumption. 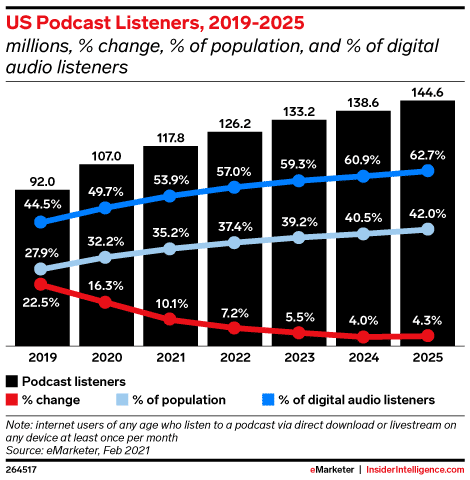 While ad spends are growing, advertisers are not sticking with the traditional ad formats. Consumer behavior is also changing, and people are looking for different kinds of content. As a publisher, try to keep up with the tastes of your advertisers and consumers.

UK can Relax some GDPR Restrictions

The UK’s exit from Europe can bring some good news to publishers. The British government can come up with lesser aggressive enforcement of its data and privacy laws. Doing so can put an end to pointless cookie requests in the country.

Oliver Dowden, Secretary of State for Digital, Culture, Media, and Sport of the United Kingdom, has set out proposals to turbocharge the country’s digital economy and allow flexibility in data usage. GDPR can sometimes be expensive and complicated to follow; it can hinder the growth of small businesses. For instance, hiring a Data Privacy Officer can increase the cost of running the business. Similarly, foreign investors may choose to stay away from the country because of the high risk of fines and lawsuits.

We know that the government cannot turn a blind eye to the privacy of the citizens. But, clear and feasible laws wouldn’t hurt anyone. The UK government is going in the right direction. We hope that its effort will benefit the publishers.

Core Web Vitals can make or break your organic traffic. We know their importance and so do top publishers. Recently, the Washington Post optimized its site for the CWV metrics, and this is what it did:

If you are also interested in improving your site’s Core Web Vitals, here are some resources for you:

Vice doubles down on video

The popularity of video content isn’t breaking news. Publishers are also prioritizing video in their content strategies. But, Vice Media is doing the same at the expense of its text content. Recently, it announced that it’d reduce the number of text articles on its sites by 40 to 50 percent. Now, it has laid off a dozen employees that were working on text content.

Layoffs never bring positive publicity to your business. Companies avoid doing it until a serious pivot requires it. We hope Vice Media is doing it for the right reasons.

There are always some parties who disagree with Google’s work. The latest complaints are regarding the Privacy Budget concept. Chrome competitors say that the idea is vague and unuseful. It can cause privacy harm and disable the web’s functionality. Others feel that there’s a lack of details about how the Privacy Budget would be implemented.

One of the problems that the proposal can cause is that it’d be hard to recognize logged-in users. The amount of budget can reveal prior browser behavior. “The way you spend your budget is in itself a unique identifier, which is ironic three times over,” says Pete Snyder, senior privacy researcher and director of privacy at Brave browser. When asked during the May W3C meeting whether Chrome would generate error messages if Privacy Budget limits run out, Google’s Cunningham wrote, “I don’t know what that would look like.”

So, there’s a lot of work remaining before the concept becomes a reality. Questioning will only help in the improvement of the ideas. The purpose of the privacy budget is to prevent device fingerprinting, but it doesn’t have to be the only solution. The best idea should be implemented, no matter if it comes from Google or its competitors.

U.S. Revives Facebook Suit, Adding Details to Back Claim of a Monopoly – The New York Times

Politico to Be Acquired by Axel Springer, a German Publisher – The New York Times