This week we have ad spend forecasts from two industries. The consumer electronics industry benefited from the pandemic because people started spending more on gaming, work-from-home setups, etc. The growth will continue, and the ad spend will reach $21.56 billion by 2023. For context, the industry witnessed a $9.80 billion expenditure in 2019, so the market size will double in just four years. 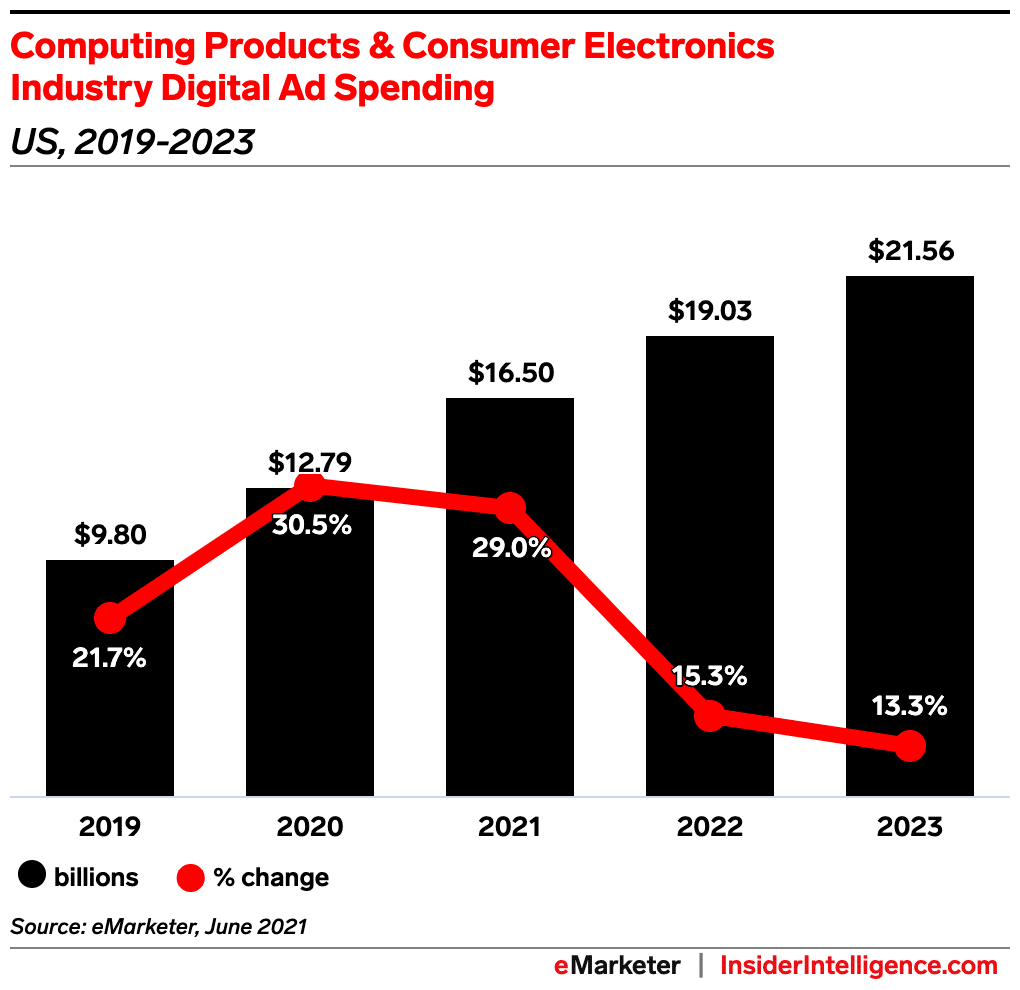 On the contrary, the auto industry witnessed losses due to the pandemic. The digital ad spends shrunk by almost 9% in 2020 to reach $12.42 billion from $13.64 billion in 2019. We won’t see a complete recovery till the end of this year. As the shortage of raw materials continues, the industry will keep growing at a moderate speed. eMarketer predicts the market to reach $19 billion by 2023. 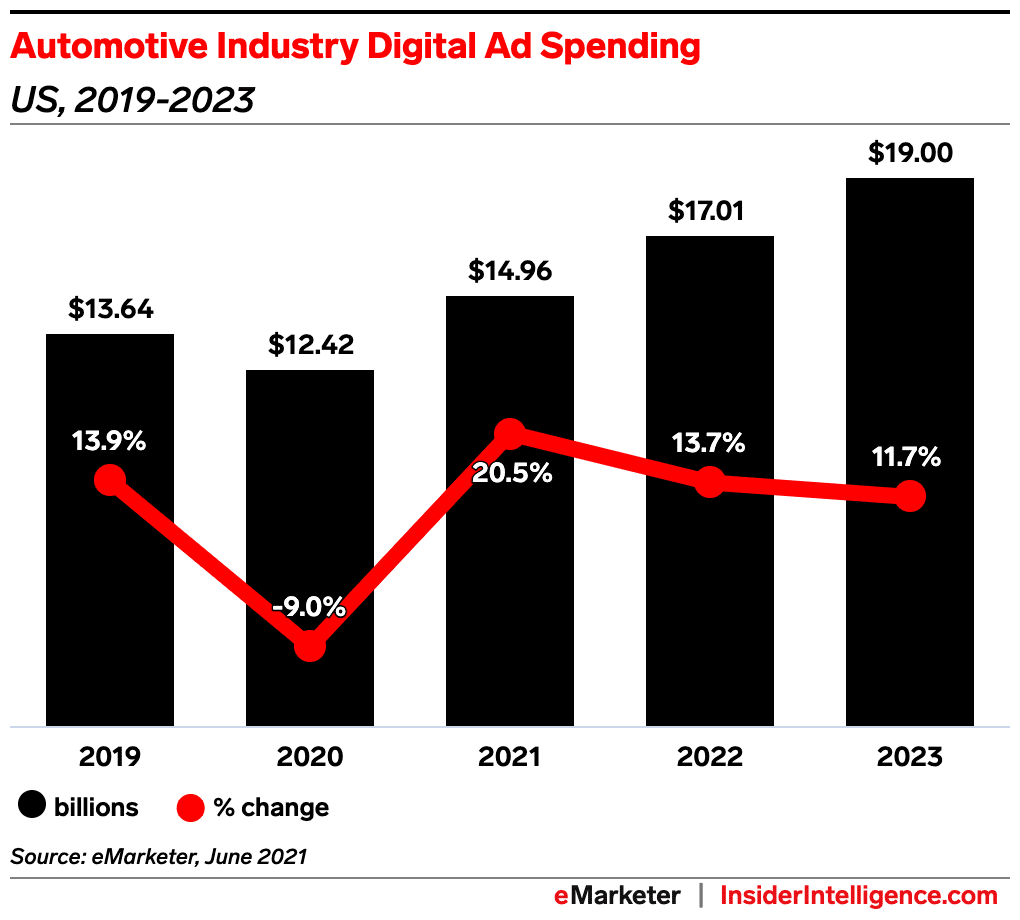 Commerce is gaining popularity among publishers

A recent Digiday study reveals that more and more publishers have started to acknowledge the importance of commerce in their revenue. The percentage of publishers generating at least some revenue from affiliate commerce nearly doubled in Q1 2021 and doubled again in Q3 2021. But, this doesn’t mean that e-commerce has increased its share in publishers’ revenue mix. Most of the publishers continue to make a very small portion of their revenue from commerce. Only 13% of publishers describe it as at least a large contributor.

Digiday recently highlighted the earnings of top publishers in its Media Briefing section. Here’s what you need to know:

It’s evident that whether a publisher is relying on ad revenue or subscriptions, being digital-first is mandatory for success in the present times.

Top media company representatives are meeting Google executives every month since March. The aim is to have focussed conversations about the Privacy Sandbox. Google wants to convince publishers to test its proposed solutions, and these meetings can speed up the work for the company.

The meetings are taking place secretively. Google is inviting only the publishers with an influence on the matter. It’s secretive to avoid offending smaller publishers. A smaller number of invitees can also make the meeting more productive. But Google maintains that smaller publishers are welcome too.

Publishers like AccuWeather and Advance Local are appreciating Google’s efforts at collaborating with publishers.

Facebook has released its first Widely Viewed Content Report to discuss what users see on their news feeds. The report shows that the content from news publishers has an insignificant share on the platform. Although about a quarter of the most widely viewed domains were from news publishers, their content forms less than 0.3% of what people encounter. 87% of the content doesn’t have outbound links. 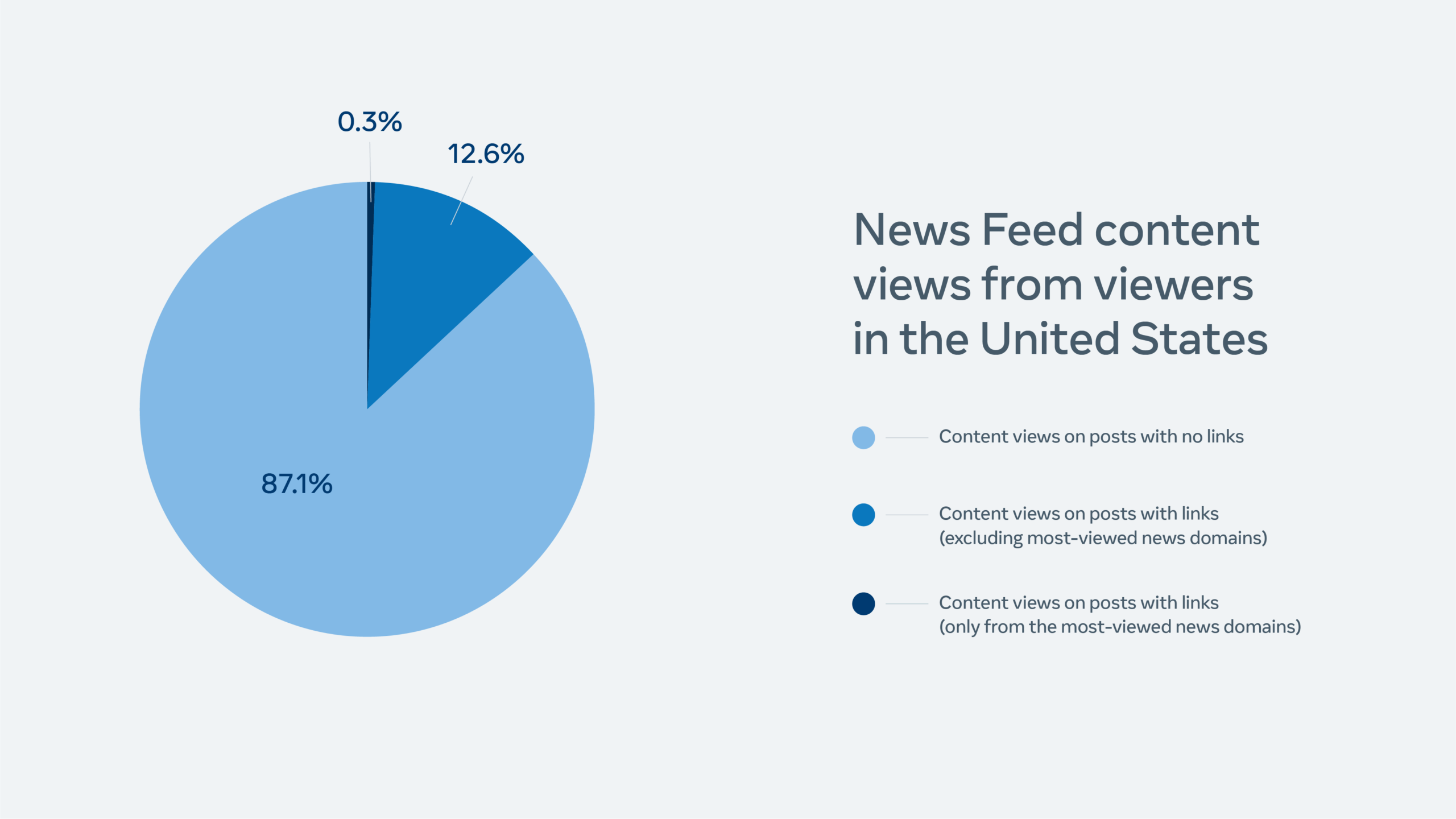 Most of the views go to posts from friends, groups, and pages followed by the users. 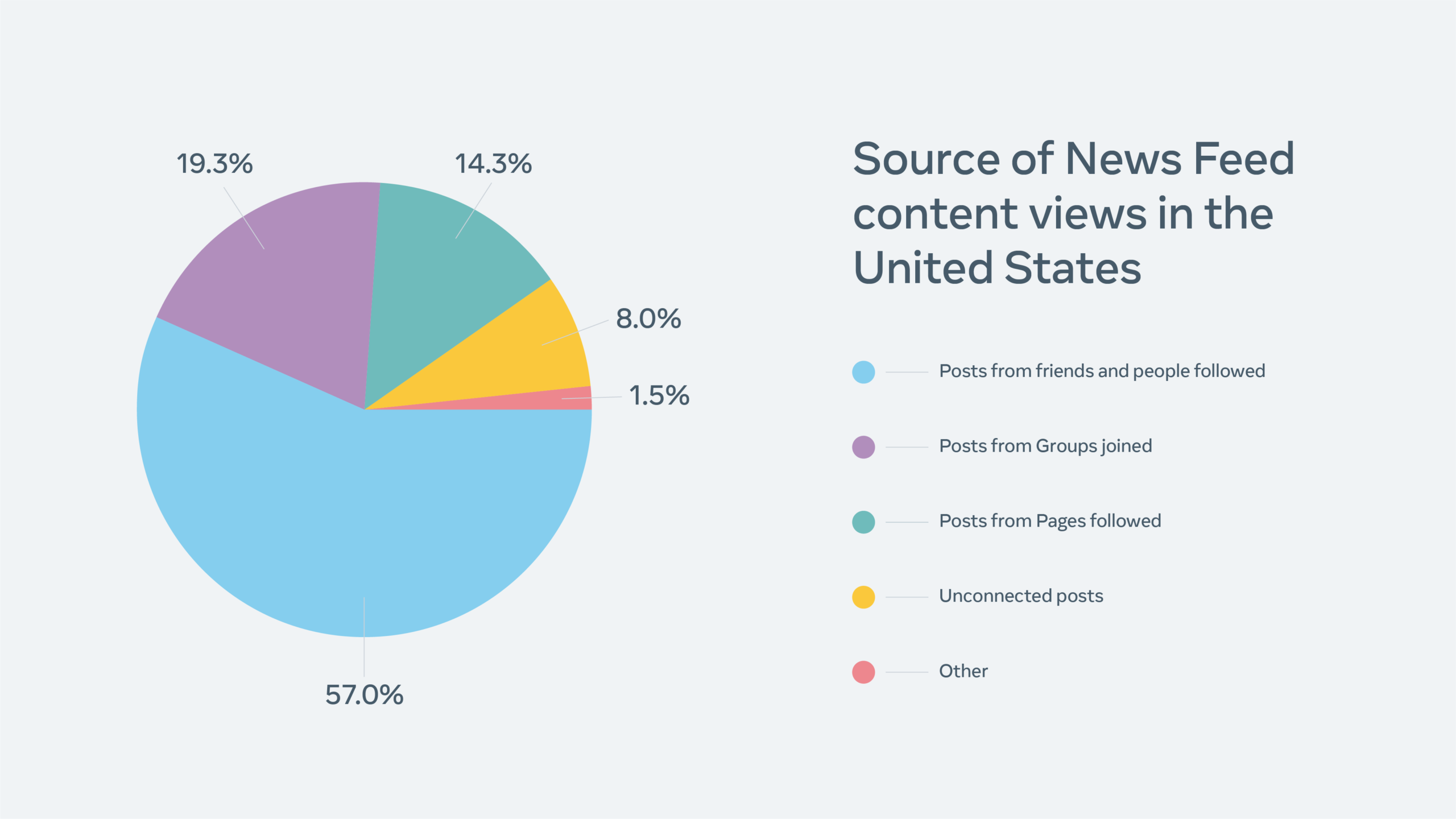 So, what does this report imply?

Facebook has been in heated arguments with news publishers around the world. It even threatened to ban Au news publishers if they continued to ask for rev share. It wants to showcase that the platform doesn’t need publishers, but the publishers need it. This report reinforces the same message. As we always say, avoid relying on a single platform for your acquisition but continue to leverage Facebook to reach regular users and followers.

Every week we bring you strategies directly from top publishers. But this time, the International News Media Association has suggested some tips with its report called The Guide to Smart Data Strategy in Media. Here’s what you should know:

You can use your data primarily for three purposes:

You should have a clear objective for your data collection practices. Begin with the end, build data strategies that fulfill your goals. Without goals, you’ll be sitting on a pile of data with no use. So, how should you approach your data strategy?

Newsletters as a Subscription Hook Are Now a Core Offering – A Media Operator.

Next Post
How To Optimize Page...
0 Comments
Leave a Reply Cancel Reply