Automatad Team
"..the timeline for testing and ready for adoption of use cases might change accordingly,"

eMarketer expects US B2B ad spend to exceed $30b by 2023. While this happens, the traditional channels will shrink, whereas digital will grow to dominate the sector. More than half of B2B advertisers will focus on phones and tablets. Also, display ads will surpass search ads. 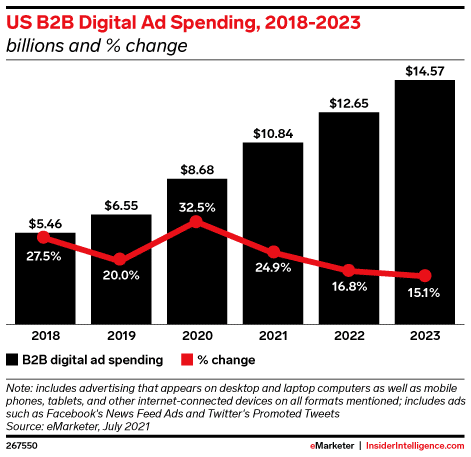 2021 will be the first year when B2B digital ads will cross the $10 billion mark in the US. Also, B2B mobile will surpass non-mobile ads for the first time. While mobile could attract only $3.5 billion last year, it’ll almost double by 2023 to reach $7.43 billion.

The US travel industry spent $6 billion on digital ads before the pandemic in 2019. This amount halved to $2.99 billion during 2020. In 2021, ad spending will grow by 18.7% to reach $3.54 billion, but it’ll still be lower than 2019. Also, eMarketer doesn’t expect it to surpass 2019’s level in the coming two years. Interestingly, the sluggish growth isn’t due to the lack of consumer interest but due to the pent-up demand that has reduced the industry’s need to advertise. 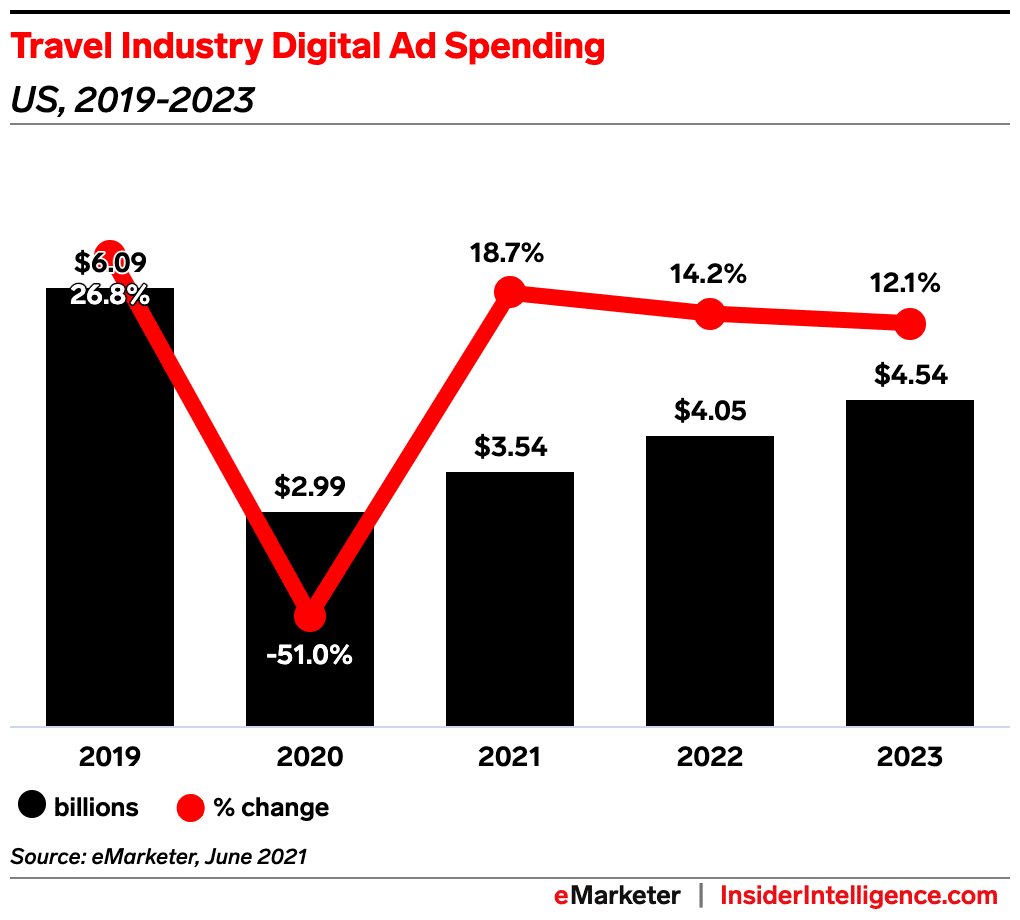 PressGazzette has recently presented Publishers Audience Measurement Company’s report and findings from Reuters Institute revealing the dynamics between UK news publishers and their young readers. It looks like the publishers are losing their young audiences to social media platforms. Here are the most important findings for you: 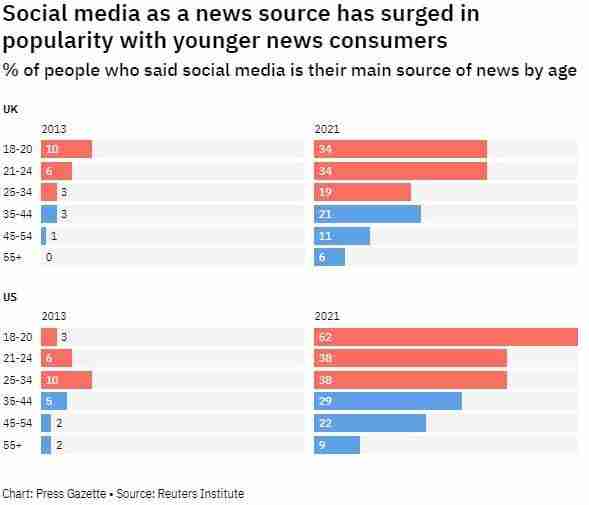 In the past weeks, we saw Google postponed the cookie phase-out. Now, it has updated the schedule for Privacy Sandbox to replace the cookie. The project will roll out all the necessary technologies in five phases:

The discussion phase for FLoC (Federated Learning of Cohorts) is about to end in Q3 2021. And, the discussion window for First Party Sets closes in November. But, we have seen a lot of resistance towards FLoC, as well as First Party Sets. It appears unlikely that the project would be able to follow the timeline strictly. Google has addressed this concern by appearing flexible with the timeline. It says:

“..Extended discussions and testing stages often produce better, more complete solutions, and the timeline for testing and ready for adoption of use cases might change accordingly,”

All the discussions will be held in the W3C Web Incubator Community Group (WICG). While W3C is facilitating the project discussions, it won’t be the decision-making authority. It’ll understand all the proposals and suggest a solution that has the best of everything.

The ad tech industry is requesting the California Attorney General to withdraw a recent mandate that made Global Privacy Control (GPC) a valid CCPA opt-out signal. All companies are supposed to honor GPC, but the Association of National Advertisers, Interactive Advertising Bureau, American Association of Advertising Agencies, and other groups say that it’ll cause confusion for consumers and businesses; rather than effectuating genuine user choices.

The industry groups argue that there should be a formal procedure before issuing a mandate. The current mandate conflicts with CPRA that’ll give businesses a choice to either comply with a universal opt-out mechanism or post a prominent do-not-sell link on their home pages. CPRA will come into effect in 2023, and it expands on CCPA.

Other arguments say that browsers, like Mozilla Firefox, DuckDuckGo, Brave, etc., have opt-out mechanisms. But most of them also have their opt-out options turned on by default. So, such signals cannot be considered user-generated. We’ll have to wait to know what the Attorney General thinks about it.

Not easy to opt-out

While the ad tech groups were complaining about the opt-out mandate in California, Digiday found that most of the publishers don’t allow their visitors to opt out easily. Digiday visited Comscore 50 sites that do not require log-in and it found that a little more than 10% are showing privacy notices to their US visitors. But, when it comes to European visitors, most of them show a privacy popup. Just a handful of publishers provided a one-click opt-out, whereas the majority of them relied on implied consent.

As the Olympic fever is going on, such pieces of content are great to create a buzz. If the content goes viral, it can bring a wave of traffic and subscriptions. An app-only experience can help them with app installs too. So, what can you offer to create a similar buzz?

A South Carolina-based newsletter publisher 6AM City is raking subscribers by completely avoiding politics and crime-related content. In the past five years, the publisher has amassed 450,000 subscribers with this strategy. Soon, it’ll surpass $5 million annual revenue.

A newsletter free from politics and crime is also safe for readers and advertisers. It brings a positive experience that is difficult with traditional news sites. The publisher can cater to both the leftists and the rightists without any controversy. Not covering the two topics is not a shortcoming, but it is the USP of the publisher. People subscribe because they want a positive experience.

So, when you are a publisher, try to think beyond the usual ways to build an audience. Social media, SEO, apps, etc will help you grow but the growth will be faster when you have something unique to offer. It can be as complex as an AR experience or as simple as positive content.

Read more about 6AM City here

In some California privacy cases, analytics trackers are in the crosshairs – Digiday.

How to Optimize Cook...

Next Post
How to Enable and Se...
0 Comments
Leave a Reply Cancel Reply