Automatad Team
“We’re going to see things like Unified ID 2.0 try to gain traction, but I’m not sure how successful they’ll be and they are not a priority for us right now”
Share Tweet Share

Google’s solutions for the cookieless world are consistently facing backlash in the industry. Last week, we saw many browser makers and even W3C rejecting the Privacy Sandbox. This week, we were about to witness something similar with WordPress blocking FLoC on all the sites powered by the platform. But Google was lucky this time.

One of the WordPress contributors proposed disabling FLoC by default on WP sites. The argument behind the proposal was that FLoC places people in groups based on their browsing habits, it can “facilitate employment, housing and other types of discrimination, as well as predatory targeting of unsophisticated consumers.” Had there been a broad consensus in the community, the proposal could’ve become a reality. 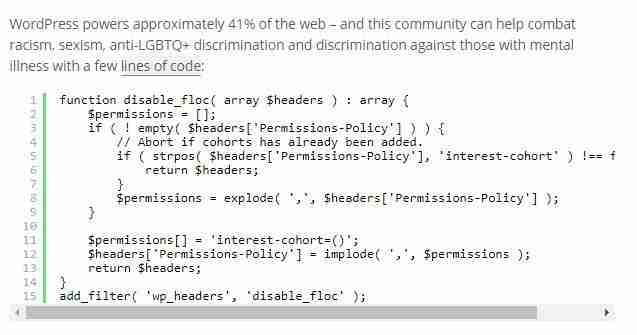 The proposal garnered a lot of comments and later the discussion continued in a Slack group. Chrome’s dev team joined the discussion and answered the concerns around the FLoC. Google says “In the final end state, we expect the way FLoC will work is that the only pages that will be relevant to calculating your cohort are the pages that call the FLoC API.”

The decision to disable FLoC on WordPress sites has been postponed for now.

Not only the ad tech players, but the governments around the world are doubtful about Google’s intentions with the Privacy Sandbox. As Google is being scrutinized in the EU for anti-competitive practices, the European Commission can also take the FLoC proposal under its lens. The news comes from a statement released by Executive Vice-President Vestager on behalf of the European Commission. The statement says that Google’s decision to deprecate the cookie is within the scope of the investigation.

So, the Privacy Sandbox and its proposals can face some more difficulties in Europe.

A Challenge for ID Tech

As we are moving towards email-based identifiers in the post-cookie world, many people in the industry are not confident about the solution. The most common concern that we have seen is that the users wouldn’t give their emails easily, especially to the publishers who are not very well known. However, we’ve also heard arguments that suggest the problem is not so big, but there’s one more aspect that needs our attention – burner emails.

A Digiday article discusses that many services provide temporary/disposable emails that are already rampant among internet users. Tracking users based on these email addresses can render all our efforts useless. The impact of such services cannot be quantified at present, but it depends on how popular such services become in the future.

Google Play Store currently has 60 apps that provide random email addresses that can be used for temporary purposes. Some browser extensions can do the same work. Apple allows its users to hide their email info and tech sites like LifeWire and Wired promote such services for privacy protection.

So, what’s the solution? Can we have an anti-burner mail service? It’s better to first find out how big this issue is. All the necessary actions can be taken based on the size of the issue.

The Trade Desk’s UID 2.0 is the forerunner in the rally to build the targeting tool in the post cookie world. Every few week’s we see new ad tech parties adopting UID 2.0. This week, an ID resolution provider Infutor has joined the UID. The company plans to fully support the UID across all its products and services including onboarding, data cleansing, and data enrichment. It’ll use UID’s API to make matches between its graph and UID 2.0 identifiers. Infutor’s identity graph is made up of roughly 650 million opted-in email addresses from 266 million individuals across 120 million US households.

But, not everyone is open arms for TTD’s UID. The NYT has recently informed Digiday that it won’t be using id techs like UID for the site. The publisher isn’t interested in solutions that rely on a lot of data transfer about the users. Doing so will definitely impact the ad revenue of the NYT but we shouldn’t ignore the fact that it is not the main revenue source for the publisher. Ignoring ID solutions is way easier for NYT than any publisher that relies completely on ad revenue.

“We’re going to see things like Unified ID 2.0 try to gain traction, but I’m not sure how successful they’ll be and they are not a priority for us right now”

The Integral Ad Science (IAS) has released its Media Quality Report for H2 2020. Here’s what you need to know:

Audio is rising right now and the ad spend will follow the suit. eMarketer predicts that podcasts will surpass the $2 billion mark by 2023 in the US. There was a 36.8% spike in 2020 whereas eMarketer predicted only 10.4%. This growth will be followed by a 38.7% increase this year. 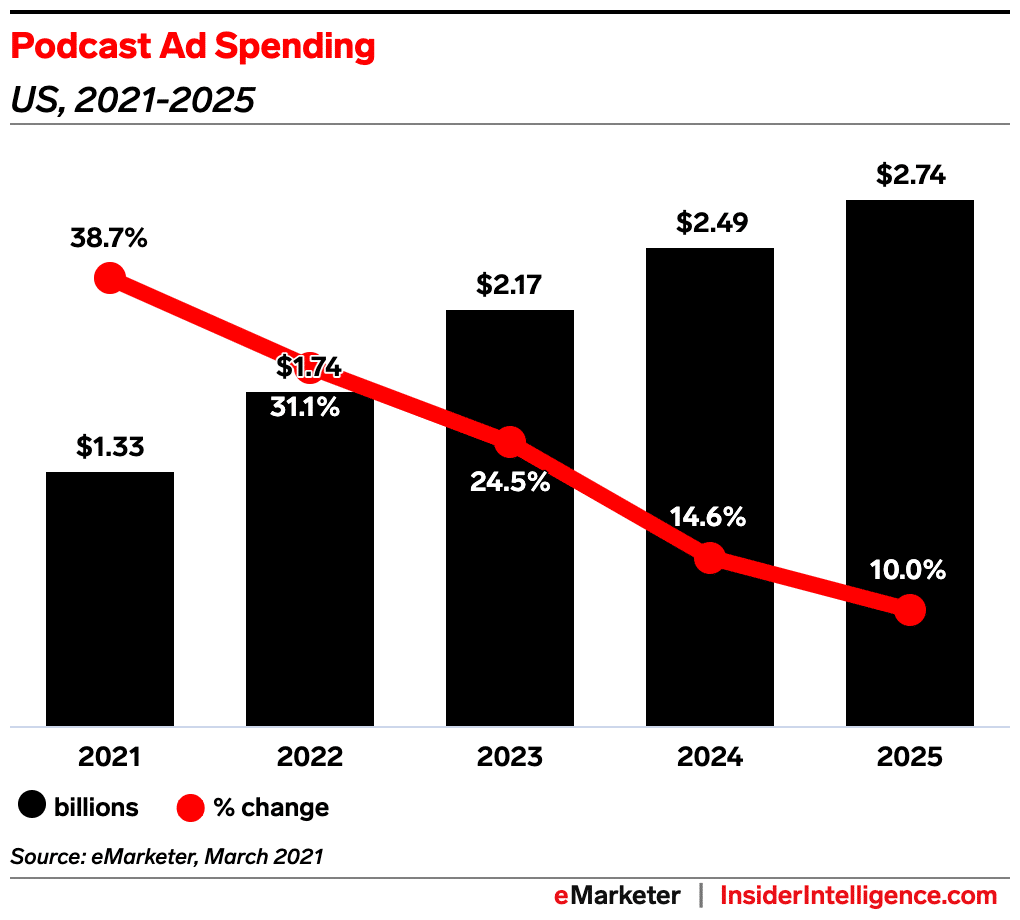 So the podcast growth story is better than expected. Publishers are investing their resources seriously in this media format. Programmatic ads in podcasts are improving too. Monetizing your audios isn’t as difficult as it used to be.

The Buzz Around Audio Publishing

The bright prospects of audio are not only attracting publishers but the big tech companies too. Facebook has announced a suite of audio tools for its platform. The tools are Soundbites (essentially TikTok for audio), Podcasts, and Live Audio Rooms. Facebook will assist users with creating high-quality audio content with the help of its tech for audio quality enhancements, captions, speech translations, etc.

Apple doesn’t want to miss the opportunity too. It’ll allow its creators to monetize their podcasts with subscriptions. You’ll have to join the Apple Podcasters Program for a fee of $19.99 per year. In the first year, you’ll keep 70% of your subscription revenue minus applicable taxes. From the next year, you’ll keep 85% minus applicable taxes. From a minimum of 49 cents per month, there’s no upper limit for the subscription fee.

Big walled gardens like Apple and Facebook will not only give you a turnkey solution to start audio publishing, they’ll also give you the audience ready to engage with you. Such platforms can work well at the initial stage, but ultimately you should have control over your content and not another company.

TikTok-native publishers look to expand business on other platforms – Digiday.com