Automatad Team
"In 2021, the American advertising industry is poised to regain all that it lost in 2020 and more."

eMarketer predicts a 25.5% growth in the US digital ad spend this year. It’ll be the fastest growth post-2018. The total media ad spend can rise by 18% with a 5.2% growth in traditional media. Performance-oriented channels including social and e-commerce provided great support during the pandemic and they’ll continue to grow in the same fashion. 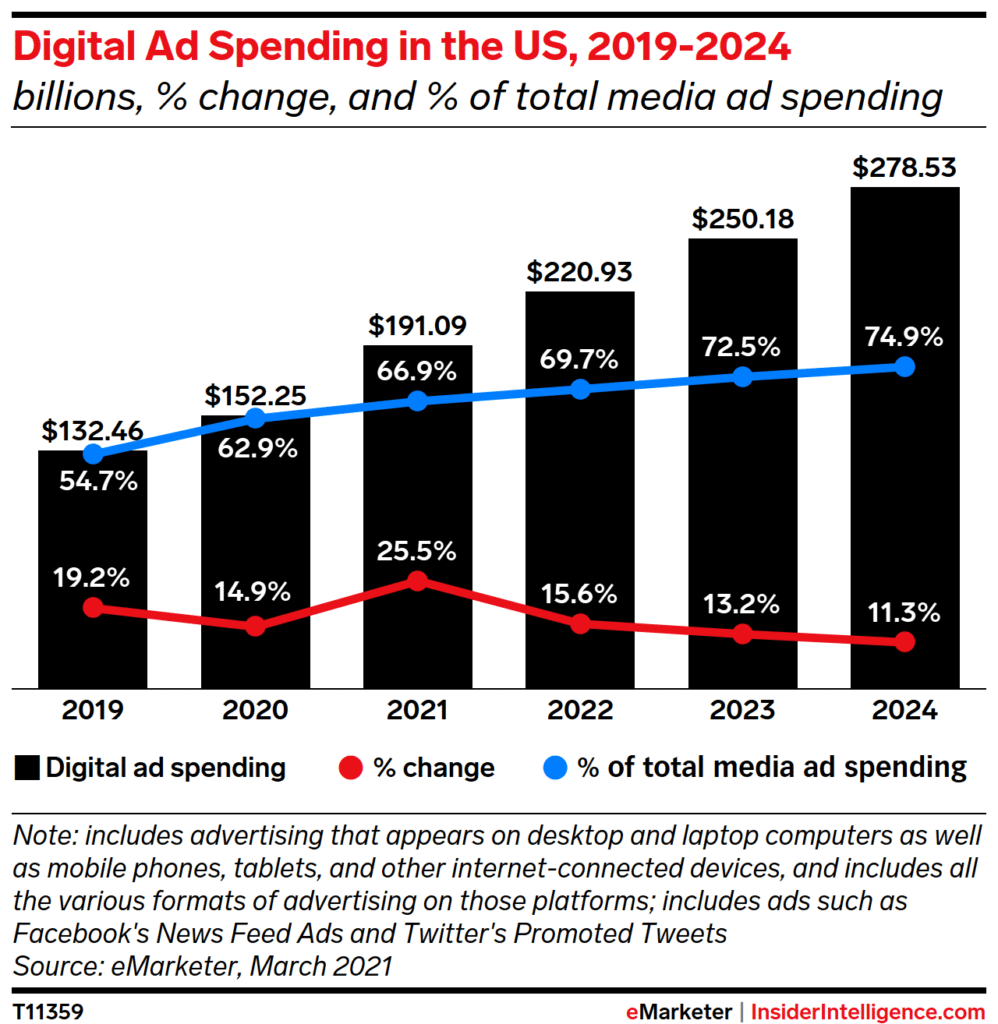 Axios says that the current recovery of the ad market is better than the period after the 2008 recession. It quotes GroupM’s, Brian Wieser writing:

“In 2021, the American advertising industry is poised to regain all that it lost in 2020 and more.” 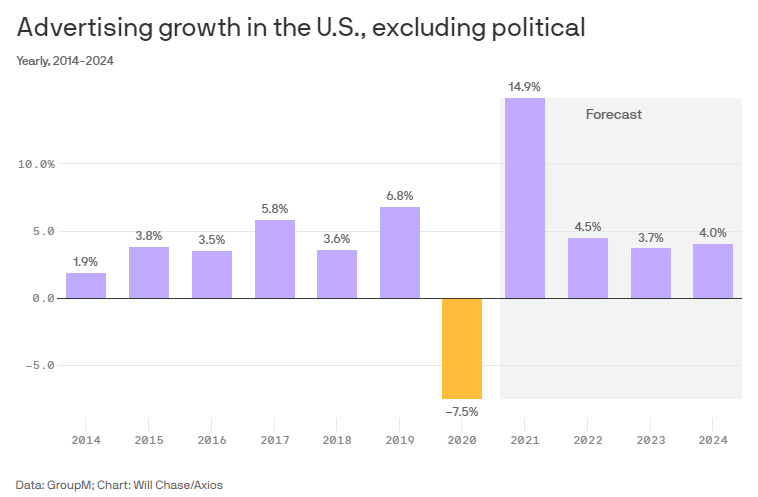 Google has a new update for the commerce content creators. Google calls it a “product reviews update” and it focuses on the quality of product reviews posted online. The new update will prioritize hands-on reviews over the ones that are aggregated from multiple sources. In simple words, your pages won’t rank high if they have aggregated reviews.

This update will help to pull up good quality reviews in the SERP and discourage malpractices such as serving scraped content. As a publisher, all you need to do is to post genuine reviews with great quality and you are good to go.

A May 2020 survey by Gartner showed us 65% of the marketers planned to increase their affiliate spends (partner/channel marketing), while only 21% planned to decrease it. 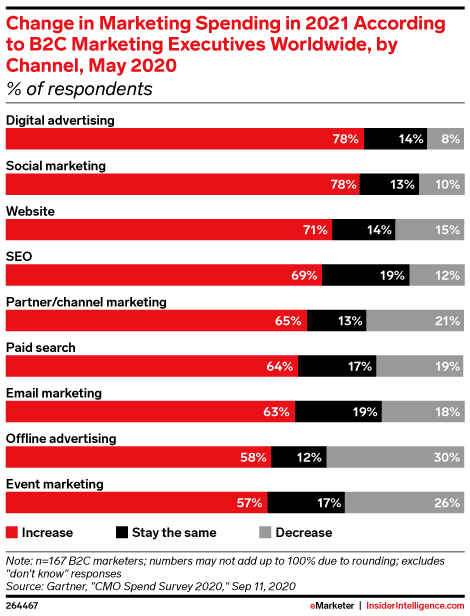 The New York Post has introduced a new widget on the site that’ll boost its sales from commerce content. The widget personalizes the shopping recommendation based on the user data. The publisher is experimenting with personalization for a cohort of users.

What’s the result? The publisher says that the widget attracts a CTR between 8% to 10% and 1% to 2% of the users click to purchase. The widget doesn’t appear to every user, neither it appears on every post on the site. Showing the right ad to the right user must be the reason behind the high CTR.

Florida is on the fast track to pass a privacy law similar to CCPA. The Florida Privacy Protection Act asks businesses to inform the users about the data being collected and how they’ll use it. Similar to many other privacy laws, websites are required to have an opt-out button to stop companies from data collection.

Are the arrangements already done to follow other privacy laws like CCPA and GDPR enough to comply with this privacy act? We have to wait and watch to find an answer. But, there’s a bigger problem to worry about, in the words of Sen. Jeff Brandes, a St. Petersburg Republican:

“The thought that you could have 50 different privacy laws in 50 different states around the country and any business could potentially possibly comply with that is unfathomable.”

Prepping Up for Cookieless Era

A group within the World Wide Web Consortium called the first-party sets proposal within the Privacy Sandbox as “harmful to the web in its current form.” The group has 10 members, including representatives from Samsung, Apple, Microsoft, Intel, and its role is to review proposed changes to the web to determine the broader implications.

The proposal suggests sending user’s identity data to all the related domains without violating privacy restrictions. The domains owned by the same entity would be considered as first-party so the data would be accessible to all of them. But this is not acceptable to the group.

Most users are unaware of the corporate ownership of the websites. So the user would unknowingly share the data with other websites. It can also be anti-competitive because the conglomerate companies would have a lot of opportunities to collect the user data whereas smaller companies may not have any.

In another blow to Google, many browser providers have declined the use of FLoC to serve ads in a cookieless environment. Browsers including Brave, Vivaldi, Edge, and Mozilla are out. The browser makers are afraid that FLoC can leak a lot of sensitive information about the user if it is not implemented properly.

Brave and Vivaldi do not believe that FLoC protects the user’s privacy. Opera would like to wait and see in which direction the market will move. Microsoft doesn’t want to go with “solutions that leverage non-consented user identity signals”. You can read everyone’s responses in this article by TheVerge

Verizon Media has launched a solution that uses contextual and real-time information like weather, location, and device type to target users without using cookies or app IDs. The new solution will help publishers and advertisers to reach the audience in “identity-less opportunities”. The solution is a suite of audience creation, buying, and measurement tools.

The tools use Verizon Media’s first-party data signals and machine learning along with other data points like demography, interest, income, look-alike, and predictive audience signals, etc.

Confused About Identity? This List of 80 Identity Partners May (Or May Not) Help – AdExchanger.

Vendors jostle for position ahead of coming contextual – Digiday.