Automatad Team
“Q4 was the best quarter we have ever seen in 20 years.”

Last week, IAB released its “Internet Advertising Report”. So, we decided to take a look and it turns out digital ads saw some impressive growth across different channels and formats in Q4. Specifically, internet advertising grew 29% YoY to hit $45.6 billion.

Overall online advertising went up by 12% YoY to $140 billion.

Channel: Programmatic advertising jumped 25% YoY to $71.2 billion. And, noticeably, 88% of ad spend went via programmatic channels, up from 82% in 2019. That being said, IAB expects the programmatic growth might slow down — due to upcoming cookie-related changes in Chrome and iOS updates.

2022 is likely to hit the open web (as browsers won’t allow 3p cookies, so identifying users at scale becomes difficult) and the apps (as Apple’s iOS update will make it compulsory for developers to ask for explicit permission).

Device: $7 of every $10 spent on digital advertising goes to mobile. As mobile devices are highly penetrated, growth will continue to slow down in the upcoming years.

Format: Digital video ads went up 20.6% YoY to hit $26.2 billion and video advertising accounts for 19% of the total revenue. In fact, IAB says, of all channels, digital video grew the most last year.

If you’re wondering how, despite the pandemic, ad spend across digital channels increased, Cohen mentioned a few reasons in an AdExchanger interview.

Google is dealing with antitrust investigations for a while now and sometimes, it ends up revealing some internal project that further solidifies the case against Google. For instance, we talked about Project Jedi in Jan.

Texas antitrust lawsuit alleges that Google operated “Project Bernanke”, a secret program that used historical bid data to give its ad-buying system (in this case, it’s Google Ads) an advantage over its competitors.

And, the project wasn’t disclosed to publishers who sold ads via Google Ad Manager. The project reportedly generated hundreds of millions of dollars in revenue for the company annually.

An ad-buying tool using the past bid data to optimize its future bids for advertisers isn’t new. But Texas alleges that Google used the data from the publisher’s ad server (Google Ad Manager) to guide Google Ads advertisers so that they can bid the right price to win the auction and secure the ad impression. Texas claims this amounts to insider trading in digital-ad markets.

As you know, GAM owned by Google has been used by the majority of publishers and if it can access the bid landscape data from the server itself, then it has the chance to beat its rivals in every turn.

While Google agreed that the project wasn’t disclosed to publishers, it said, what we did is “comparable to data maintained by other buying tools.” According to Google, it used historical data from Google Ads (its buying system) to adjust the future bids so that advertisers can win more auctions. It didn’t do anything inappropriate.

It’ll be interesting to keep up with the updates reg. the project. If Google fails to clarify that Google Ads didn’t access/use the bid landscape data from GAM, then it’ll have a great impact on the perception of its products and especially, as Google’s EBDA is being pushed as an alternative to header bidding, Google has to ensure it’s being transparent and not helping its products.

Google started its “origin trial” of Federated Learning of Cohorts or FLoCs last week. As you know, FLoCs are expected to replace the targeting functionality of third-party cookies. Google enabled FLoCs on millions of browsers (0.5% of Chrome users) and users using the FLoC-enabled browser will be assigned cohort ids based on their browsing behavior.

Sidenote: See if you are one of them using this tool.

If you’re wondering what’ll happen to the 3p cookies on those browsers, FLoCs will supplement them (not replace them). While FLoCs are designed to replace 3p cookies, in this trial, users will have both 3p cookies and cohort ids as well.

On one hand, Google’s testing the proposal, and on the other hand, concerns regarding FLoCs are continuing to raise. Privacy advocates, researchers, and even some adtech veterans are concerned about the possibility of combining cohort id with PII (for instance, IP address) — which will expose a person’s web behavior and interests to trackers (and advertisers).

On top of it, cohort-based targeting can lead to discriminatory practices and/or can deliberately harm particular groups of people. While the proposal is actively trying to address questions regarding the sensitive categories (pdf) and related issues, it’s not good enough yet.

According to a separate study, it turns out users visiting sensitive sites are indeed getting a FLoC ID assigned to them. And, it’s hard for any websites to opt-out of FLoC — almost 99.99% of the sites aren’t opting out of the origin trial. Noticeably, just ten sites including DuckDuckGo and Microsoft opted out of FLoCs.

Here’s a surprise. It turns out Apple’s has its own FLoCs for a while and no one paid enough attention to it.

Prepping Up for Post-cookie World

The adtech industry and publishers aren’t behind too. As the cookie’s last day is getting closer, there are several initiatives gaining traction.

We’ve already talked about Unified ID 2.0 and why it has a better chance to become as ubiquitous as cookie ids in a post here. Almost every week, we’ve seen some updates related to UID 2.0 and last week was no exception.

Criteo, one of the first companies to join UID 2.0 has started testing the user-facing component of Unified ID 2.0. Dubbed as “OpenPass”, it’ll help publishers to capture the email address of the user and consent — which is required to create user ids that could be later used for targeting purposes.

It’s an SSO that could be used by publishers who are willing to adopt UID 2.0. 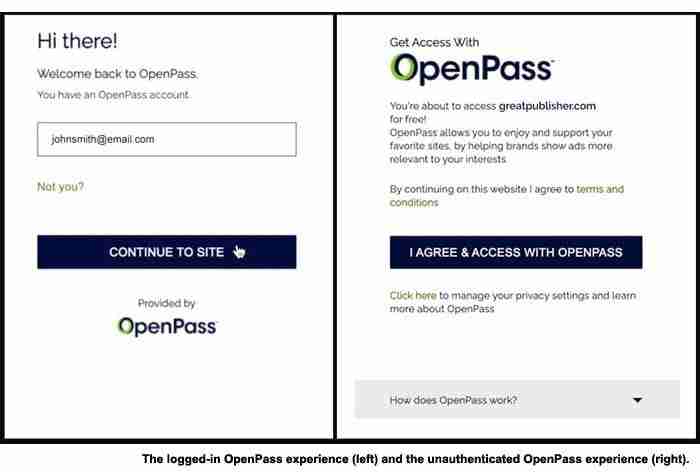 Publisher ad alliances are growing faster than the last year — primarily due to the upcoming cookie changes. Alliances including The Ozone Project, TrustX, and Local Media Consortium are seeing interests from publishers in 2021.

But alliances have their drawbacks.

– Convincing advertisers to compare the performance of cookie-based segments to segments (as alliances tend to have their cookie pools separated from each other) is hard. Besides, alliances have to prove that the second-party data partnership is worth the effort.

– Time and effort to make the alliances work.

“[These alliances] required a lot of time and effort from each publisher to participate,”

–  Fran Wills, the CEO of the Local Media Consortium.

– Most importantly, publishers who agreed to reserve inventory for the alliance might not end up selling it completely. They’re left with unfilled, premium inventory that could’ve been sold easily via other programmatic channels.

SWAN Vs. SWAN: The Differences Between The Two 3P Cookie Alternative Proposals – AdExchanger.

How Bustle Digital Group sets up shoppable options within its editorial content – Digiday.

Why some publishers worry identity tech could slow down their sites – Digiday.

Next Post
What is TURTLEDOVE i...
0 Comments
Leave a Reply Cancel Reply