Weekly Roundup: Travel Audiences Are Back, Concerns Around Cookies Alternatives, and More.

The Travel Audience is Back

The travel industry was hit the hardest by the pandemic. The demand for the ad inventory plummeted throughout the lockdowns. But, the landscape is changing with vaccinations and falling numbers of new cases. People are eager to travel again and the interest is even higher than the pre-pandemic levels.

Pinterest has released its findings related to the travel audience, here are the highlights:

PressGazzete has released data about the most popular news sites in the world during January and February. Here’s what publishers should know: 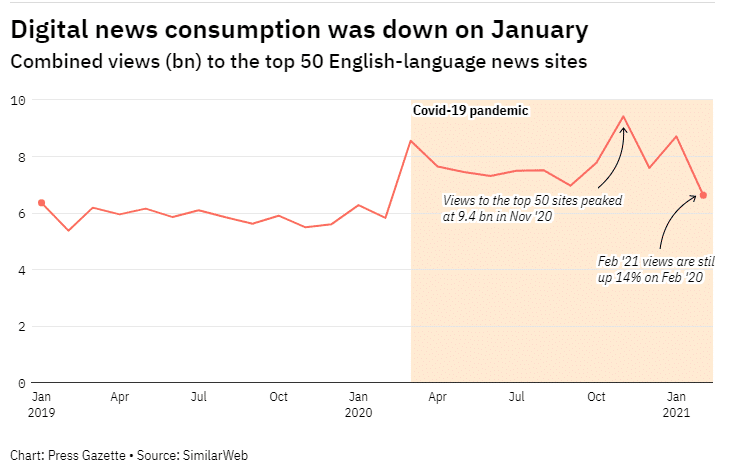 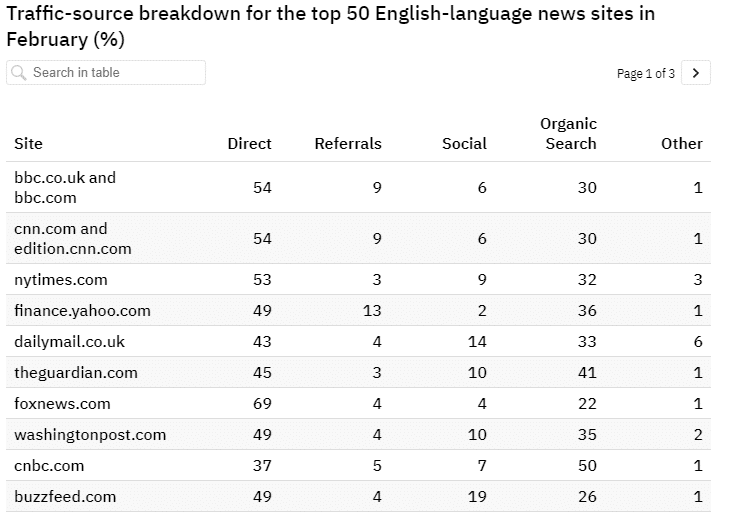 The data from Pinterest gives you a clear picture of what kind of content you should produce. Additionally, Pinterest can be a great source of referral traffic if you can master the platform. PressGazzete’s data shows that it’s normal if you’re experiencing a dip in the traffic to your news site. Also, the top sites get most of their users from direct visits, you should aim for loyalty from your visitors too.

The ad tech industry is working tirelessly to build an alternative to third-party cookie. There are many developments underway, including the Unified ID and the Privacy Sandbox. This week, many concerns came up regarding the transparency and privacy compliance of these solutions.

A Digiday article questions the Unified ID for using people’s email addresses. It says that all the companies that use Unified ID and other identity solutions that work on hashed emails, fail to notify people about them. The Trade Desk itself has no requirements or guidance on what explanatory messaging for UID should look like. LiveRamp and ID5 are two of the few identity solutions that require specific messages in their privacy policies and links to opt-out if you are using their tech.

Acquiring consent has been left to the publishers. The privacy policies and the terms and conditions on the publishers’ sites contain generic messages. They lack a proper explanation about how a user’s email will be used for targeting ads. A consensus around developing consent practices is the need of the hour.

“Although these companies are modernizing their means of tracking people online, they have yet to update their methods of notifying them when these systems capture individuals’ email addresses to transform them into identifiers that can be passed throughout the ad tech ecosystem.”

In another instance, Google has acknowledged that FLoCs might not be compatible with European privacy law. So, it’ll not test FLoC-based cohorts in countries where GDPR and the ePrivacy Directive are in effect. Google is confused about which entity will serve as the data controller and which will serve as the data processor.

Advertisers complain that they have very little information about the workings of the sandbox. Another Digiday article tries to clear the air for the advertisers. It clarifies that they can still use their first-party data with Chrome after the demise of the cookie. They’ll be able to do individual-level targeting and campaign measurement inside Google-owned inventory. Privacy Sandbox can use the first-party data for the inventory on the open web.

The Weather Company is owned by IBM. Given how data-savvy the parent company is, there’s no doubt that The Weather Company uses data to create, grow, and promote its products. Last year, it created an ad-free premium product with in-depth maps, hourly forecasts, advanced radar, and storm watches.

It started with researching what kind of features would make its target audience ready to pay. Then it tested to find out the features that drove most of the subscriptions. In this way, the company has three kinds of subscribers:

The company is promoting its subscription plans with contextual ads. It also uses AI to find out who might want to subscribe vs. those that won’t ever upgrade. It won’t target the users that have no interest in upgrading. Native ads also bring great conversions to the publisher.

PBS NewsHour is witnessing the same slump in news consumption that we discussed in the first section. It is using YouTube and Instagram to retain the audience it has gained during the pandemic. It has assembled a 26-person digital team for the job.

One of its strategies is to create a YouTube series that will highlight the most interesting new stories of the week that did not receive enough coverage. YouTube Shorts will be another feature to test. On Instagram, it’ll host regular Q&As with its senior national correspondent to create a personal connection with its audience. The publisher doesn’t rely on ads. It receives donations from private foundations and individual viewers, corporations, and foundations, such as the non-profit Corporation for Public Broadcasting.

Leverage data to understand your audience and promote the right product to the right user. Use video in your strategies to retain the audience. Don’t hesitate to diversify your revenue with donations.

What is NewsPass ID? – Digiday.

Publishers are in a data race as Google shakes the ad market, but who will prosper? – The Drum.

Next Post
How To Implement Goo...
0 Comments
Leave a Reply Cancel Reply