Automatad Team
"Ultimately every big tech walled garden is dealing with increased privacy scrutiny. As a result, none of them will take actions that will hurt the open internet. If anything, they’re trying to stay out of it."

UK’s Digital audio listeners will continue to grow every year through 2024. eMarketer has revised its pre-pandemic forecast and the new numbers are even higher than earlier. Podcasts will see the biggest percentage increase. This year, there’ll be 19.7% more podcast listeners in the UK than what eMarketer predicted before the pandemic. Similarly, the estimates for 2022 have improved by 23.0%. 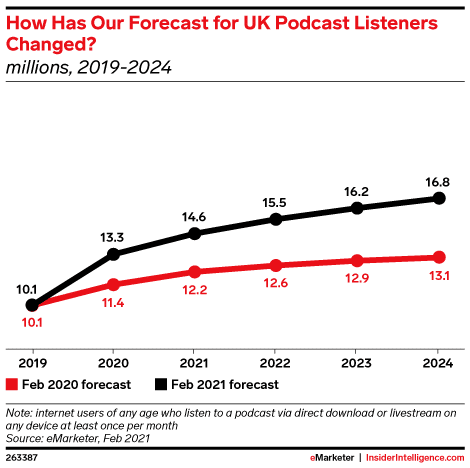 The success of podcasts can be attributed to many factors including a smooth supply, free availability, and increased demand for news or informational content.

Parse.ly’s recent report named “How 2020 Changed the Content Landscape, and What It Means for Content Creators in 2021” has some useful findings for publishers. Here are the highlights: 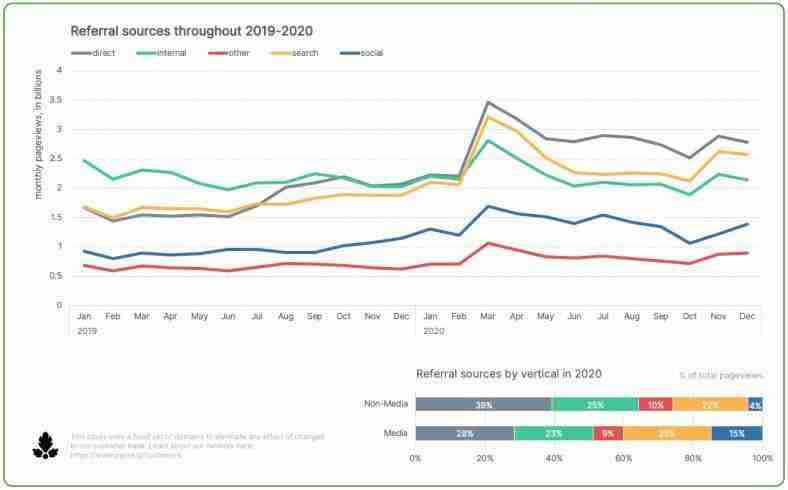 Google’s Ad Safety reports reveal how it dealt with bad bad ads during the year. COVID-19 brought new challenges and trends. Out of the 3.1 billion ads that Google removed for policy violations, 99M were related to COVID-19. 6.4bn ads were ‘restricted’, 1.7m advertiser accounts were suspended for “egregious” policy violations. Google also removed ads from over 1.3bn pages and took  “site-level action” on nearly 1.6m publishers.

So, 2020 brought a lot of changes to the publishing landscape. Digital audio is at its nascent stage but growing fast. If you want to make it big in this space, now’s the time. Parse.ly shows that users can be extremely loyal to publishers if the content is right. Build loyalty for every kind of content that you create. Leverage aggregators to find new audiences but don’t rely too much on social platforms. Finally, keep an eye on brand-safety as well.

Vox Media is branching out new podcasts from the existing ones. Its franchise of explainer content had a podcast called “Today, Explained”, which later added a Netflix series called “Explained”. The latest addition is another podcast named “Unexplainable”, which the publisher launched on March 10. While the first two shows focus on finding answers, the new show is about questions. Vox media spokesperson thinks that the material has the potential to be spun off into its own multi-platform brand on the site.

Vox Media is successfully leveraging the popularity of its existing content for its new projects. The topics are evergreen so that the revenue stream is sustainable. The sales pitch for the podcast’s inventory also includes the offer to run ads on related articles on Vox.com. How successful is the strategy? The revenue has doubled across the Vox Media Podcast Network.

Penske Media Corp., the publisher behind Variety, Rolling Stone and WWD, and many more sites reaches 134 million unique users every month. It is launching a new data studio to help advertisers target users across its portfolio. The tool is named Atlas and it offers around 500 different audience segments to the buyers.

The publisher has utilized many data sources to group its audience, including third-party segments and agency RFPs. It also uses on-site user behavior, polls, and shopping data. Its newsletters and magazine subscribers are the sources for first-party data.

The platform is helping the publishers in attracting buyers. The demand has increased on the programmatic side where its PMP deals remain the point of interest for the advertisers.

Both the publishers are leveraging data for their benefits. Vox is using its historical data to create the right content, whereas Penske is leveraging it to attract media buyers. While Vox is creating value for its audience, Penske is doing the same for its clients. How can you use your data to create value? Find an answer and you’ll have a growth strategy.

The CCPA has a new act that goes into effect from March 15, 2021. It gives us a uniform icon that can be used in addition to posting the notice of the right to opt-out. It’ll help spread awareness about the consumer’s privacy rights.

Please note that the icon can be posted “in addition to posting the notice” but it cannot be used instead of the notice itself.

Additionally, if a business is collecting the consumer’s personal information offline, then it has to inform an offline method to opt-out as well. It has to provide instructions on how to submit a request to opt-out. A business’s methods for submitting requests to opt-out should be easy for consumers to execute and shall require minimal steps to allow the consumer to opt-out.

After Google’s announcement that it won’t build an identifier after the cookie collapse, everyone’s eye is on The Trade Desk’s Unified ID 2.0. Can it be the best replacement for the third-party cookie? You can only test and tell. So, starting next week, UID 2.0 will enter its beta testing stage. The advertisers will be able to include it in the bid streams. The ID already has 50 million users, The Trade Desk will continue to focus on signing up more partners to support it.

The Trade Desk’s CEO Jeff Green says there’s a lot of worry in the industry after Google’s announcement. Many participants believe that Google is not proposing a solution for consumer privacy on the open internet. Google is not stopping the use of PIIs and it’ll keep using them for its billions of logged-in users. So, Google is just protecting itself with the announcement. Whereas UID is made for the open web.

“Ultimately every big tech walled garden is dealing with increased privacy scrutiny. As a result, none of them will take actions that will hurt the open internet. If anything, they’re trying to stay out of it.”

Some parties, like PubMatic and Xandr, are supporting both the solutions. They are testing the FLoC method while working with the UID 2.0. Some publishers, on the other hand, are wary of sharing their data with the ID amid concerns regarding privacy compliance.

Google Will Lower Some Payment Fees for App Developers – AdWeek.

Weekly Roundup: Holiday Trends For Publishers, The Risk With Universal IDs, And More