The falling attention span of content consumers is not a piece of breaking news. To be precise, the average visit duration to news articles has dropped by 6.2% in the past year. Axios covers how publishers are adapting to the slow but steady trend, here are the highlights:

Check the graph below for all the stats. 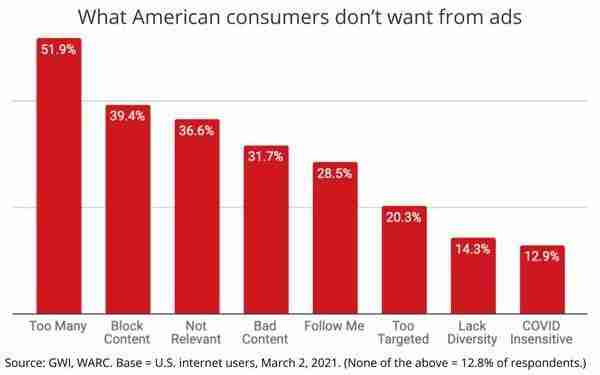 The industry is actively working towards Supply Path Optimization for quite some time. GroupM has also been actively optimizing its supply path for the past years. As consolidation has been one of its mantras, it’ll soon reduce the number of its supply partners from 40-50 to just 5-6. Pubmatic will be one of those partners as it has recently signed a global deal with GroupM. It’ll help both the companies in dealing with the auction duplication problem.

GroupM has selected Pubmatic for its global presence and efficient pricing.

While the demand side is working on the supply path, you should keep working on your DPO efforts. On the other hand, keep an eye on consumer trends to deliver the best experience to your users.

The cookie apocalypse gave birth to many initiatives aimed at finding its replacement. Project Rearc is one of the promising contenders. It was announced in February 2020 and there have been many confusions around it since the inception. But, the development work is still in progress. As the project completes its first year, IAB has proposed two new sets of specs to take it forward.

The first set will help to bring accountability to the process. It’ll be accompanied by the best practices and guidelines for auditable data structures to ensure that the supply-path participants can prove that they’re abiding by a user’s preferences.

“The best practices would start by defining who are first parties, what is personal data, what is a token, how do you tokenize and what are the requirements around transparency. And then a good chunk of it is also about security, as in how to make sure that consumer data is protected and that the IDs and tokens themselves are encrypted.”

The second set of specs focuses on addressability in the process. It’ll give the standards for the use of contextual data and other non-ID-based audience segmentation. The best practices given in it will clarify how email and other identifiers are to be used. It’ll also help in creating standard names for audience segments to support interoperability through a common taxonomy.

“If you know something about your audience as a publisher, you should be able to share that without an ID in a consistent way.”

After declaring its distrust in cross-site identifiers, Google has started working on a smaller alternative called publisher-provided identifier (PPID). It’s not a new solution, publishers have been using it for direct deals for years. Google wants to expand its usability to enhance targeting in the post-cookie world.

Google Ad Manager will enable publishers to share PPID with advertisers in open auctions and all the other types of programmatic deals. The PPID will be based on the publisher’s first-party cookie or log-in ID. The publisher will add the PPID to GAM, and choose the advertisers who can access it (via programmatic direct deals or open auctions). Google will hash that ID and pass it through to buyers. Later, the buyer can observe the ID’s behavior to add it to the appropriate audience segment.

This ID can also use encrypted signals from other identifiers like UID 2.0 for even broader usability. So what’s the catch? You have to use Google as your middleman for all this.

Advertisers, on the other hand, are sure that they don’t want to run after alternate identity solutions. There are too many of them.

“……For context, there are around 37 alternate identifiers in the U.S. and around 55 worldwide.”

Newsletters offer many benefits to publishers. Users actively opt for them and engage consciously, they can help in building the user’s habit of consuming the content, they can help with building subscription business, and many more. Naturally, more and more publishers are trying to build an audience for their newsletters.

What’s New In Publishing recently unveiled what top publishers are saying about newsletter growth. Here are the highlights:

The Washington Post readies its Zeus platform for the buy side – Digiday.

How a new bill would allow publishers to collectively bargain with platforms – Digiday.

Unified ID 2.0 Is Facing Roadblocks (And Not Just To Do With Google) – Adexchanger.

An Overview of Charl...