Automatad Team
Last week was quite interesting for Adtech and especially, publishers. From Facebook banning news publishers to local publishers teaming up to provide national reach for advertisers on the open web, here's what you need to know.
Share Tweet Share

The struggle between Australia and the big tech companies continues this week. The government is adamant that the companies should pay the news publishers if they want to link or extract snippets of their content. The tech companies, on the other hand, have different views. Here’s what Facebook, Microsoft, and Google are up to:

Facebook has outright banned news on its platform. It says it’ll ”restrict publishers and people in Australia from sharing or viewing Australian and international news content”. The FB pages of the news publishers appeared empty, a few pages from the government were also impacted. The traffic from FB tumbled for all the Australian news publishers, resulting in a loss of revenue. 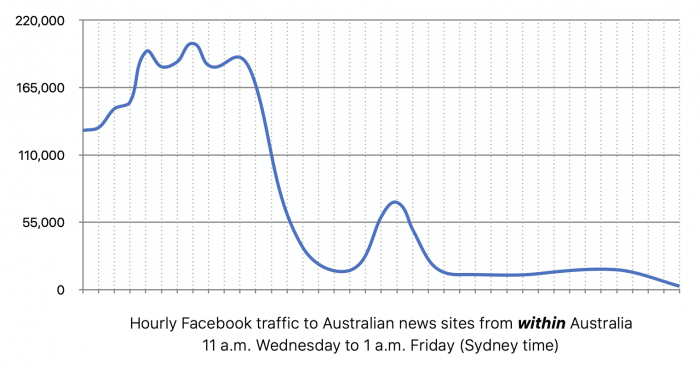 This move is bringing a lot of bad reputation for the company. Many publishers have publicly denounced the act. Revenue is not the only concern in the matter. By banning the news publishers, Facebook is also making it difficult to verify the facts. As a result, the platform can be easily infested with fake news (something that’s not good for anybody).

Last week, we saw Google signing deals with Australian news publishers to please the nation’s authorities. Digiday covered the cynicism around the act of kindness. Here are the main concerns:

The NYT highlights another concern that such deals can buy some time or even exclude Google from the proposed law for now.

Microsoft appears to be leveraging the situation. It has recently supported the Australian proposal and suggested that the US should copy it too. Its president, Brad Smith considers the proposal helpful for democracy. Although the Australian law wouldn’t initially apply to Microsoft, he says the company is ready to share revenue with publishers.

It appears as if every platform is acting for personal interest (no surprise here). Google cannot delist search results because doing so will harm the quality of search results. Any other search engine (for instance, Microsoft) would be happy to share the revenue if it gets the chance to replace Google from its throne.

Facebook could ban the publishers because it is not dependent on them for content. Its audience wants to socialize and it can be done without any news on the platform. It doesn’t mean that Facebook doesn’t need publishers at all. But the dependency is much less than Google. So, it is using this advantage to prove that it is already doing a favor to the news media by allowing them on the site.

Prebid will Operate the Unified ID 2.0

The Trade Desk has handed over the Universal ID to Prebid. Being in the control of an independent industry organization, the UID will gain more trust in the industry than earlier. It’ll help in wider and much faster adoption of UID on the open web.

Prebid will act as an operator for UID. It’ll look after the infrastructure that is required to run the service. Prebid will lay the necessary foundation by Q2 and make it live by the middle of the year. Apart from the hardware and software, it’ll also handle the email encryption and decryption process. The organization already has Amazon’s Cloud space, at the same time, it can use GitHub for further development.

The Trade Desk will help Prebid throughout the transition period and it’ll eventually relinquish oversight to Prebid. The solution may start working before the Privacy Sandbox. The solution is free for publishers and advertisers, the cost of operation will be absorbed from the membership fees that Prebid receives from the companies.

With Prebid having big plans for SharedID, it seems we’ll have a lot of interesting updates in this space.

Every week we try to find novel strategies that the top publishers are implementing to take their businesses to the next level. Our motive is to help you derive your plan of action from them. This week, we have Gannett, McClatchy, the NYT, and ESPN. Let’s check what are they up to:

ESPN has had a premium offering called ESPN+ for the past three years. The publisher has been steadily developing the membership offering since its inception. It keeps increasing the number of videos to this $5.99-per-month service. In November, the publisher also added its analysis-based written content inside the paywall to complement the videos. ESPN calls it “premium editorial” content.

Currently, ESPN is increasing the number of writers that’ll contribute exclusively to the paywalled content. It has chosen the individuals that can drive additional subscriptions while also making existing subscribers happier and more engaged.

Selling national ads can be a huge challenge for a local news publisher. National-level campaigns need a countrywide audience, something that local news publishers cannot provide. The advertisers also need to work with hundreds of local outlets to cover the target audience.

Gannett and McClatchy have joined forces to solve this problem. Both the companies have an audience of 200 million from different publications. Gannett’s USA Today national sales team will lead for both companies. McClatchy will benefit from Gannet’s national reach. Both the companies will also try to build a combined first-party data set.

So, coming together will help both the companies to have a larger pool of audience to attract clients. They’ll have a much bigger first-party database. Both of them will benefit from each other’s resources and experience.

The NYT has launched a Slack app to reach a new audience. It wants to see how its users will use the Times in a professional context. The app won’t send breaking news to the users, it wants to deliver the content that sparks conversation. It’ll have three main features:

ESPN is recognizing the best quality content on the sites and then it is using it to drive more revenue. Gannet and McClatchy are trying to create a win-win situation where both the publishers can benefit from each other. The NYT is trying innovative ways to reach a new audience. We believe that Chrome’s announcement on third-party cookies has been a wake up call for many publishers. It accelerated the plans and nudged several publishers to take risks as well.

Forbes has been building its first-party data tool throughout 2020. It began with 22 audience segments that have increased to 70 so far. These datasets help the publisher with a real-time picture of how content, users, and customers are all behaving across Forbes’s products. ForbesOne, the data tool, can be used to customize the audience experience, creating content strategies, distribution strategies, etc at a fast pace.

“We want to be able to look at that core audience and figure out what they do across all our platforms.”

The tool has a 40% renewal rate among its clients. The interest in the tool has doubled this year. It has also become a top priority for its sales team. It’ll be interesting to see how the product grows in 2021. 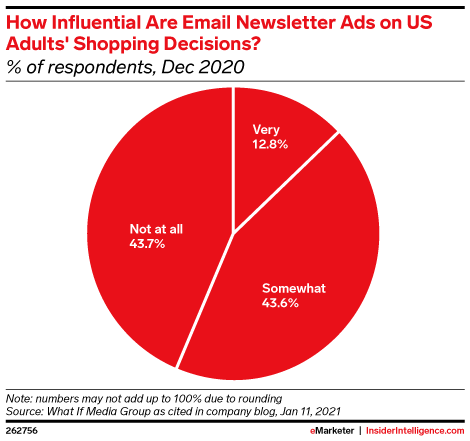