Automatad Team
"Disabling the third-party cookie can compromise publishers’ abilities to make money from ads and push people, their data, and — along with them — ad dollars further into Google's walled garden."

Glimpse Into the Future of Media Giants

Last week, we saw a few interesting developments from some of the top digital media companies. And, it seems we all can see where they are headed in the future.

Bleacher Report has found a new way to engage its audience during the Super Bowl. It streamed a betting-based branded show on its Mobile app, YouTube channel and Twitter feed. DraftKings was the sponsor of the show, a company that runs fantasy sports contests and betting business. The show announced the bets that DraftKings offers for the Super Bowl.

The show gained 1 million views across all the platforms. It was five times the average number of views for B/R’s live videos. Almost 16000 people commented on it and made it the second most engaging video on the publisher’s app history. Betting users are five times more engaging than non-betting users and 59% of its national audience bet on sports.

Such partnerships can be highly beneficial to publishers. Apart from the sponsorship amount, publishers can also charge a cost per acquisition fee.

WaPo has created a new title called Instagram Editor to grow its subscription business. The new editor will work with a team to expand its identity beyond publishing. The team will use vertical, visual storytelling for the expansion. It’ll have a social producer, a video producer, and a designer. The ultimate objective is to convert the Instagram followers to paying subscribers. It’s important to note that Instagram is the fastest growing acquisition channel for the Post.

You must be already aware that the NYT is working on its first-party data before the cookie crumbles. The publisher has successfully generated 20% of its ad revenue from it in Q4 2020. Last year, the same number stood at just 7%.

The overall ad revenue fell 2%. The focus remains on being a subscription-first business. The publisher has already stopped running open market programmatic ads in its apps and closed its two advertising services businesses.

Publishers moving away from third-party cookies is a common sight these days. The Bleacher Report is doing it via sponsorships. The Washington Post is finding subscribers on social media. The NYT is using its first-party data. Decreasing their dependence on the cookie is helping them in diversifying their revenue. It is safe for your business when you have many income streams. How many do you have?

2020 was a unique year for the ad tech industry. We saw a lot of KW blocklisting, shrinking ad spends, spiking traffic and subscriptions. Everything uncommon took place in the last year. So what about 2021? Has anything changed? Let’s see what Digiday discovered:

The marketers were taken by surprise when the pandemic hit last year. This year, however, everyone is better prepared. But the uncertainties around vaccination, virus spread, lockdowns, economies, etc are still looming. So, we can say the advertisers may not be overzealous, but they won’t stop spending the way they did in 2020.

After Apple’s new iOS 14 software update, every app publisher has to seek permission from the users before tracking them across apps and the web. They have to use an opt-in prompt for the purpose. Facebook is preparing itself for the new update. It has decided that it’ll convince the users to allow tracking them while using iOS 14.

It’ll test different messages to find out what can drive the highest number of opt-ins. The test will take place on Instagram as well as on the Facebook app. The opt-in messages will educate the users about how their data help in delivering personalized ads. Facebook hopes that educating the users can help pull the users to its side.

In a recently shared example of the test screen, you can see Facebook asking users to “support businesses that rely on ads to reach customers.” 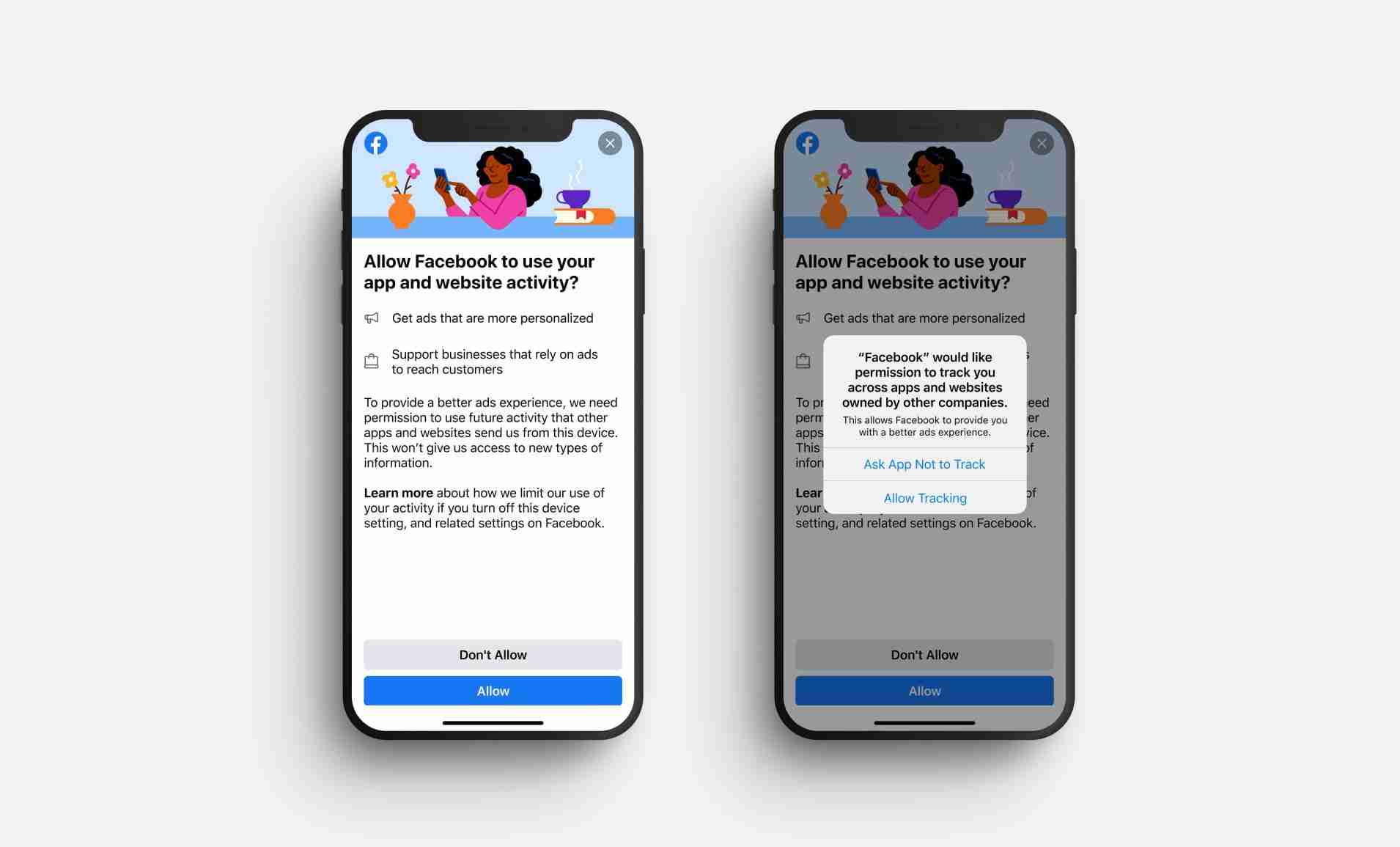 Publishers should closely observe how Facebook is driving opt-ins with its new strategy. You can apply the learnings for your apps and websites while asking for consent to comply with privacy laws.

With multiple allegations about anti-competitive practices, Google is facing legal troubles all around the globe. Its decision to scrap the third-party cookie and introduce Privacy Sandbox has also caused a lot of controversies. Digiday has mentioned the main concerns against the sandbox. Here’s a snapshot:

Another legal trouble has erupted in Australia where small businesses are suing Google for turning a blind eye towards click-fraud. They claim that the company is doing so because it benefits from the fake-clicks. It is yet to be seen whether this matter becomes as big as the other issues or not.