Google is battling against government authorities all around the world due to its anti-competitive practices. Last week, there were reports about Google conspiring with Facebook to kill header bidding. The use of AMP as a weapon against header bidding is also being scrutinized. This week, Google’s Privacy Sandbox is in the news for the same reason.

The UK’s Competition and Markets Authority has opened an investigation to assess whether the Privacy Sandbox will bring another unfair advantage to Google. The government body is taking action after receiving complaints against the solution. There were concerns that Google already rules the browser market via Chrome. After the third-party cookie is phased out, Google plans to replace it with the Privacy Sandbox. It means, after the launch of the Privacy Sandbox, Google will not only have control over the most used browser in the world, but it’ll also start controlling the tracking mechanism in the browser. Once it’s done, Google will be one more step closer to control the entire open web.

The CMA will investigate whether Google will gain more power with the Privacy Solution. It’ll also see if publishers and advertisers will be negatively affected. It’ll work with Google and other concerned parties to understand the Privacy Sandbox proposals more clearly.

We all know that Google dominates most of the ad supply-chain in the open web. But how big is this dominance? A recent report suggests that Google rules the online identity space too.

According to the Advertiser Perception’s report, 29% of the advertisers and agencies use Google as their primary identity resolution solution. 64% of the buyers have used Google for identity resolution in the past 12 months. 92% of buyers are familiar with Google’s identity service. 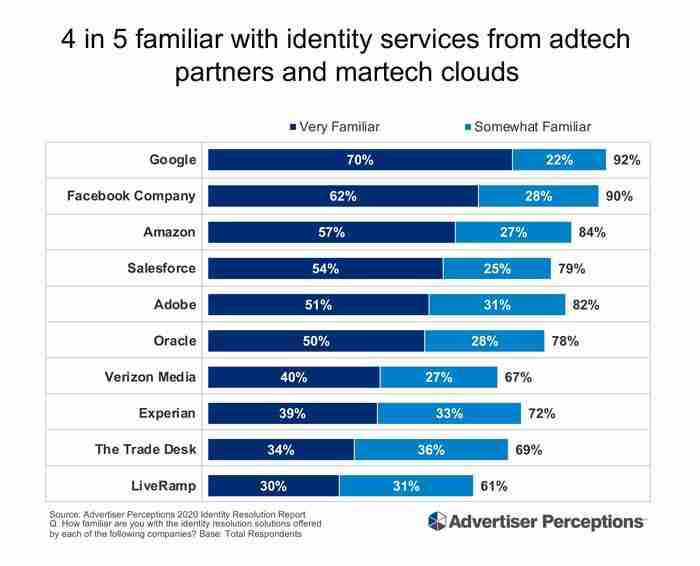 But the picture is not as scary as it appears. The buyers are not forced to use Google as their preferred solution. They generally work with four vendors at a given time, and one-third of them are ready to switch their current providers. 38% of the buyers observe an ID vendor for four to six months before switching to the next service provider. For 37% of the buyers, the observation period is two to three months, whereas 5% wait only for a month.

What’s Up With Audio Publishing?

The ad spend in the audio space is booming, and everyone is mulling over the ways to get a share of the pie. The big tech companies are moving fast to strengthen their foothold in the audio market. Recently, Amazon made the news after buying out a podcast startup named Wondery. The deal took the startup’s valuation to $300M. The startup was expecting to make $40 million this year, 75% from ads and the remaining from content licensing. It’ll be a part of Amazon Music after the acquisition.

This was not the first case of a podcast acquisition in the industry. Spotify acquired Gimlet Media for $230 million in 2019. The NYT acquired Serial Productions in 2020. Twitter’s deal with Breaker is the latest of them all. Breaker will help Twitter with an audio-based networking project called Spaces.

But, rising markets also have rising issues. Podcasts have started facing the ad-blocking problem. Anti-tracking browsers like Brave and extensions like AdBlock Plus are hindering podcast services from delivering ads. In many cases, these ad-blockers are blocking the complete podcasts. This is an issue even bigger than adblocking because the publisher wouldn’t reach the listener at all.

Tech and media companies’ rising interest in podcasting is a clear sign of a promising market. IAB’s reports also suggest the same. Publishers should start investing resources in developing audio content. Also, educate your audience about the ad-blocking problem.

Lazy loading is a great way to improve your user experience. But, when you are implementing it to increase your revenue, you have to consider many nuances. But you have nothing to worry about as we have done the hard work for you.

Our latest study finds out the impact of lazy loading on eCPM and Viewability across geographies and devices. Here are the findings:

You can read the whole study here. You’ll find all details, including the reasons behind the findings.

Next Post
What Is An Identity ...
0 Comments
Leave a Reply Cancel Reply