Automatad Team
Google proposes that the auctions can take place inside the browser but the identifiers and contextual signals can be passed to the key-value server so that the rest of the ad tech players can access them. The question is, who'll pass those signals?
Share Tweet Share

IAB UK and PwC have released the numbers for digital ad spend in H1 2020. Due to the COVID-19 effect, the total ad spend came down by 5%. As per the WARC Expenditure Report, the total market spend will fall by 15.6% in 2020.

Apart from video, all the other formats witnessed a decline in the first half of 2020. 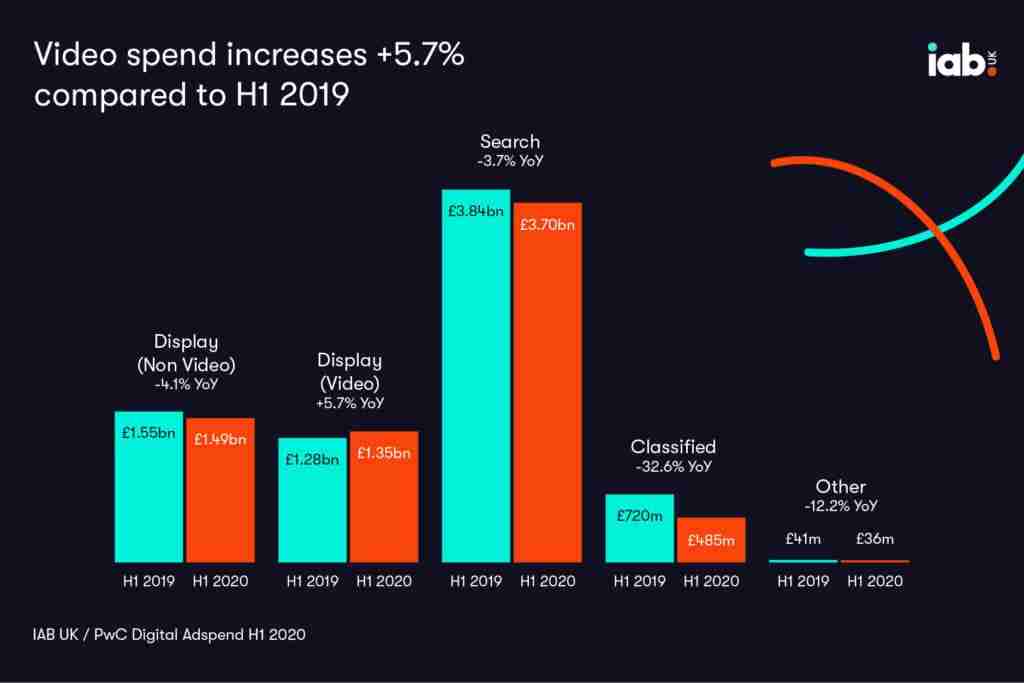 Admixer has surveyed 43 brands and 50 advertising agencies from Central and Eastern Europe to predict the market scenario in 2021. Here are the findings:

H1 2020 saw some extraordinary circumstances due to the pandemic; it’s least likely that such a scenario will repeat. We can say that the worst is behind us. The CEE Forecast shows that 2021 will bring growth, but you shouldn’t ignore the priorities of the brands. Helping the brands in reaching their objectives will help you in maximizing your revenue as well.

Publishers and the Holiday Season

The Amazon Prime sale surpassed $3.5 billion, making the 2020 event 60% better than the last year. Since the customers were ready to buy, the advertisers were all set to spend on ads. During the two days of the sale, advertisers spent 3.8 times more than the regular days. Computers & Consumer Electronics contributed the most (23%) during the sale.

As the holiday season is approaching, BuzzFeed wants to be prepared to make the most out of it. The two-day sale became its playground to test its new strategies. It has built new data pipelines, and it’ll rely more on real-time on-site signals rather than focusing on historical sales data. So far, BuzzFeed’s commerce revenue is up by 34%, and it’ll increase further as the year approaches its end. Its commerce content mainly focuses on affordable items rather than high priced goods.

BuzzFeed is continuously trying to stay innovative towards its commerce based business. It has launched a feature to create wishlists; it’ll also provide on-site checkout soon. In this way, it’ll learn what the visitors want to buy, and then it’ll promote the same products throughout its social media channels and newsletters to generate more affiliate revenue.

BuzzFeed always stays ahead of the curve. Being proactive and innovative helps it outdoing most publishers in similar niches. We suggest you to keep looking for newer ways to generate higher affiliate revenue. Study publishers like BuzzFeed to build your strategies.

As per CCPA, personal information shared with a service provider would not be considered as a sale. When there is no sale, the publishers and other ad tech vendors do not have to worry about the “Do not sell” link. Many players in the ad tech industry are looking at this exception as a loophole, and they are planning to exploit it as well.

The self-regulatory group Network Advertising Initiative appeals to everyone to be cautious before moving forward in this direction. It says,

“The over-use of service providers can lead to multiple bad effects, including the degradation of individual business results, creation of unhealthy and anti-competitive market dynamics, and, ironically, increased compliance risks”

The CCPA limits how a service provider can process the data, as a result, it will fail in providing its services as intended. Additionally, if the authority declares the ‘service provider agreement’ to be void, then the publishers can be accused of selling personal data without posting the required “Do Not Sell My Personal Information” link.

TCF Framework may have some GDPR issues

The Belgian Data Protection Agency has expressed its doubts about the TCF‘s GDPR compliance. As per the agency, the TCF fails to comply with GDPR principles of transparency, fairness, accountability, the lawfulness of data processing. The rules for processing the Special Category Data are also inadequate.

The TechCrunch article that reveals the shortcomings of the TCF framework says that the IAB Europe itself does not have a Data Protection Officer, nor it has a register of its internal data processing activities. Even its privacy policy needs some improvements.

IAB Europe has posted its response where it has expressed its disagreement with the DPA report.

The cookie apocalypse is inching closer every day. The World Wide Web Consortium (W3C), Google, and the other ad tech players are stuck in their discussions for finding the solution.

If Google places its solution as the gatekeeper between the auction inside the browser and the ad tech players outside the browser then it’ll have an undue advantage in the ad delivery process.

The consortium is exploring the solutions. Suggestions such as involving an independent organization as a gatekeeper and using cryptography etc., have started coming up.

The Power Dynamic at W3C

The Congress’ Digital Competition Report has openly said that Googe wields a disproportionate amount of power in the W3C. It has more representatives within the W3C’s Platform Incubator Community Group. The community group is the key body for proposing and discussing new web platform features. So, we can expect the decision regarding the proposal to be in Google’s favor.

Facebook’s MRC brand safety audit gets underway — but it doesn’t yet include the news feed – Digiday.