Research by IAB tries to alleviate the concerns that some brands have for news content. Some companies do not advertise around news because they believe that it can hurt them. The research has the following findings for such companies:

The political fever around the presidential elections is high. Everyone is interested in political news. The social media sites are also filled with electoral content and ads. As a result, election-related content is taking away referral traffic from other content verticals.

Twenty First Digital, an audience development consultancy, witnessed the Facebook referral traffic declining by an average of 39% for 16 of its 18 clients.

Gartner has released the Ad Tech Magic Quadrant report for the year 2020, where it categorizes the industry players as Leaders, Challengers, Visionaries, and Niche Players:

Here’s the complete quadrant for you. 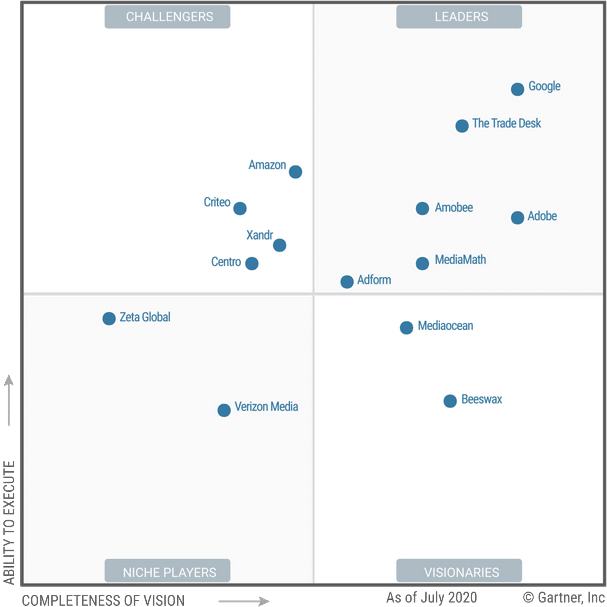 News has always been an inseparable part of our lives. Big events like elections, sports tournaments, wars, etc, trigger the audience to search for more information. Due to the same reason, political content is getting all the attention on Facebook. All the brands that can benefit by displaying ads around the news content will keep advertising, the others will follow suit as soon as they realize that news is not bad for them.

Google has recently announced a new feature for publishers using GAM. It is called “Limited Ads.” With the help of this feature, publishers would be able to serve simple ads to users who do not wish to share their cookies or identifiers. The new feature is for direct-sold inventory, not for programmatic ads. It’s not live yet.

In our TCF 2.0 post, we’ve already told you how Google will do so. Out of the 12 purposes given by TCF for collecting the data, the publisher has to secure consent for Purpose 1, 3, and 4 to serve personalized ads. On the other hand, Google will serve limited-ads when the user consents for Purpose 2, 7, 9, and 10. Or, the publisher can use the controversial “legitimate interest” clause to record the user’s data.

Now, the industry has some concerns which have to be addressed:

So, due to all the above-stated reasons, GAM may end up serving non-personalized or no ads at all, most of the time. What’s the solution? It’s yet to be found, but we’ll keep you informed.

How Bloomberg is Expanding its Platform

Why should you care?

Publishers should understand the importance of content expansion in the business. You start attracting new audiences when you start covering new categories. But it’s not that simple. It is better to establish yourself as a strong brand in one niche before you start expanding. In this way, you can leverage your authority in one sector to dominate in the other.

It’s also a good idea to enter the niches which are closer to your current niche, for example, going from Business to Personal Finance. Entry in a similar space is more convenient than entering a completely new league.

Observe how the big players like Bloomberg are doing it, learn from them and then create your strategy.

Google will be paying 1 billion dollars in three years to news publishers through its initiative called Showcase. It’ll first launch in Brazil. Here are the key highlights of the product: 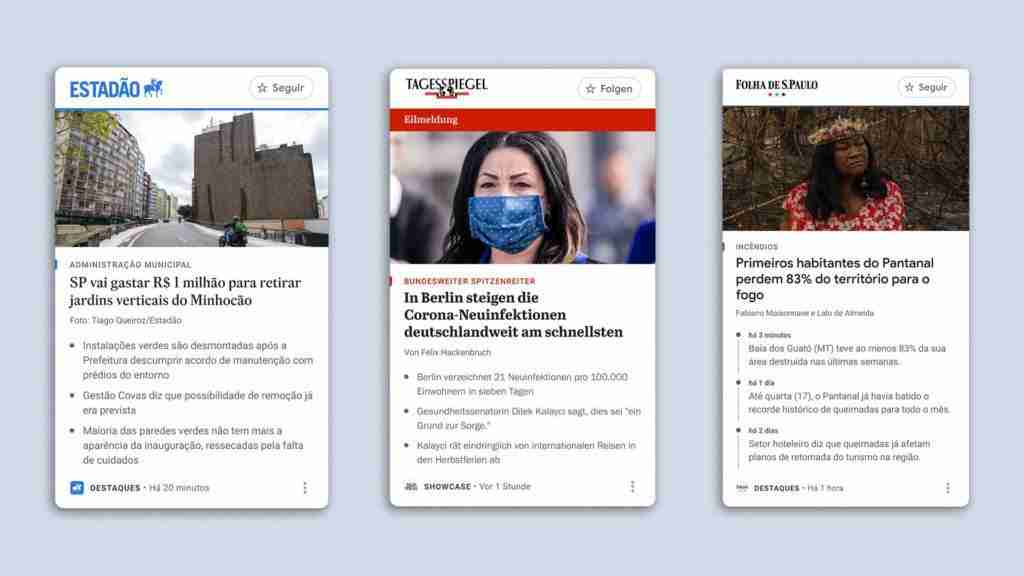 Google says that it has signed deals with more than 200 publishers in Germany, Brazil, Argentina, Canada, the U.K., and Australia. So expect these countries to receive the new product first.

Vox Media has launched a new self-serve tool for its advertisers. The tool called Concert Ad Manager will provide all the necessary features required to run campaigns across its properties to target its 230 million unique monthly visitors.

Building products that generate revenue has always been Vox’s strategy. Its recent projects include an ad network exclusively for local publishers and a first-party data platform. It does not only help the publisher with revenue diversification but also with gaining more control over its supply-chain

So, do you have some similar qualities?

The Ad Platform: Why the Buy Side Wants Log-Level Data – eMarketer.

It May Seem All Quiet On The CCPA Front, But Don’t Get Complacent: CCPA Enforcement Has Begun – AdExchanger.
[/emaillocker]