You think last week’s roundup was interesting? Then, take a look at this week. We got all the news and insights you should know.

“Our most exciting feature to date”

In addition, the Instagram app itself would be able to launch IGTV. So, it’s up to the users to decide whether they want a dedicated app or not.

What’s so special about it?

At first, it may sound like yet another video sharing application/feature. But, it is made for the users of today. 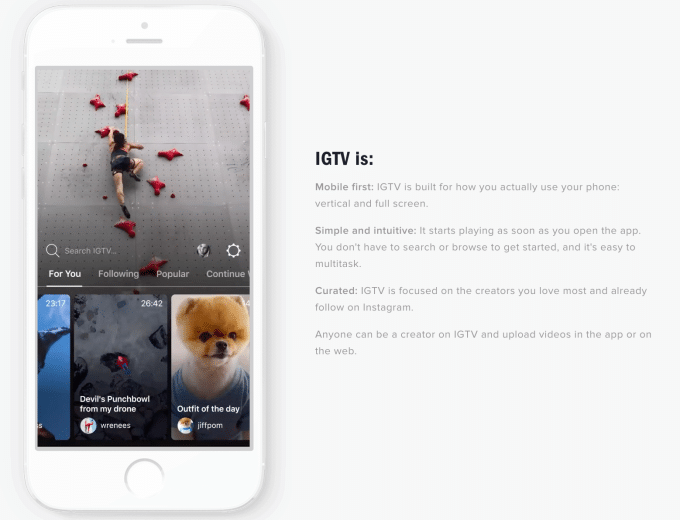 Here’s what we mean:

Channels are users – People you follow will be shown as channels.

We’re in 9:16. We already know how consumers are hopping from text-based content to videos and are interested in vertical videos as it is native to the mobile environment. Obviously, Instagram doesn’t want to be left behind.

It’s on! In fact, IGTV is considered as the direct competitor to Youtube. But, Instagram hasn’t disclosed about the ads on IGTV yet. So, we have to wait for a few weeks as the company rolls the TV out.

As we all know, it’s been a hard year for Youtube. The ongoing content scandals and ad misplacements have significantly reduced advertisers’ love for Youtube. To make things worse, other video platforms have tapped on this opportunity to attract advertisers and users. (Vimeo reported 80% YOY growth).

But, Youtube had major plans and it is out now. At Cannes Lion, Youtube announced a set of new tools to attract the advertisers back to its hub.

A testing tool to help publishers measure the impact of video creatives on key metrics like Awareness, Consideration, Purchase Intent, and more. In a line, use Youtube as a testing ground for your video creatives.

This tool goes beyond the usual metrics and lets advertisers see which elements in the creative worked well. For instance, logo vs product screenshot may have a different kind of impact on the audience.

Creating various video elements and swapping them to optimize the result can be done without any difficulty now; with the help of director mix. Video ad sequencing guides advertisers, to put on an effective sequence thus, driving deeper relationship and brand awareness.

Are they live yet?

No, they’re in Alpha.

On the other hand, Facebook has been working on a set of tools and technologies to attract publishers and advertisers to its Watch.

Take away: As video ad spends continue to grow, the duopoly will dive deeper to hold and expand its ground on the market. Facebook has been rolling out Video Ads on its messenger too. So, as a publisher you should start offering quality video inventories to prevent duopoly from swallowing the majority of ad spends in the future.

It may sound like an initiative by the Environmental Organization. But, it is not!

The Ozone Project is an up-and-coming ad network formed by the largest media titles in the UK: News UK, The Guardian News and Media, and The Telegraph.

“This project has been driven by a shared ethos to create a channel for advertisers to gain direct access to publishers’ audiences at scale via a transparent and effective platform.”

What are they offering to the advertisers?

Why should you care?

In the middle of data scandals, privacy laws, and of course, the duopoly, it is becoming almost impossible for publishers to scale their ad monetization strategies. These kinds of partnership might make a dent on the duopoly and sprinkles a ray of hope across the globe for the publishers.

At Cannes Lions 2018, the company showcased the demo of ‘Inread AR ad format’. With the help of which, advertisers and brands will be able to deliver the AR experience to the users.

“Augmented reality has burst into public consciousness through apps like Pokemon Go, with more people familiar with this new technology. Teads inRead AR will give brands a way to interact with consumers in this much deeper and more personal way, that makes advertising more exciting.”

The AR ad format lets the user interact with the ads. For instance, you can try a pair of glasses without downloading any apps or leaving the browser/web page.

The Numbers are HIGH

What’s more interesting is, teads.tv has a global reach of 1.2 billion unique users. Thus, brands would be able to deliver better ad experience to a massive user base.

Furthermore, brands are willing to provide a unique/fresh experience to the users on the Internet. As you could see, typical banner ads will never be able to hit the impact made by an AR ad. However, it’s not for everyone (Think about the technical requirements, page load speeds, network limitations, etc). As we always say, there is no one-size-fits-all in digital advertising.

Let’s end our roundup with a fact.

It’s hard to really understand the jargons and acronyms of adtech. That’s why we are running a decode series to help you interpret the adtech like never before. All you need to do is sign up.