Automatad Team
“Data is one of our core assets. Our first-party data doesn’t drive just advertising, but our consumer revenue and new products and insights.”
Share Tweet Share

Advertisers are returning: The Trade Desk

As per the Trade Desk, the advertisers have started returning back. The company has beaten the market expectations by reporting only a 12.9% fall in revenue in the second quarter. However, connected TV, Mobile Video, and Audio showed a growth of 40%, 15%, and 20% respectively.

“Many paused in mid- to late March and even early April, but some advertisers in all categories have seen this as an opportunity to gain share.”

Just like most other publishers, Meredith reported a decline in revenue too. The Q4 revenue fell by 22%, amounting to $176M. Most of the fall can be attributed to cancellation and delays in the ad campaigns due to COVID-19.

During the period, the publisher also witnessed a 14% growth in visits to its National Media Group sites. Allrecipes, Shape and Martha Stewart were the biggest contributors to the growth in the visits. Local Media Group sites saw an increase of 20%. What’s noteworthy is that Meredith’s revenue from licensing and digital and other consumer-driven activities increased by 8%.

B2B Ad Spend Is Up: eMarketer

While the overall digital ad spends in the US is expected to grow merely 1.7%, the B2B digital ad spends will see an increase of a whopping 22% this year. Due to the pandemic, events and traditional channels aren’t working the way they used to, as a result, businesses are channeling their budgets to digital.

“Search, virtual event sponsorships, podcasts and spending on LinkedIn are replacing TV, print, out-of-home and in-person events. In fact, LinkedIn will secure a fifth of all B2B ad dollars in 2020. They are the supreme social network in terms of share.”

Digital has been the least prone media channel during the pandemic. Even when the ad rates were falling, digital publishers were able to mitigate the losses with subscriptions and first-party data. Although the publishers are facing losses, the situation will soon be back to normal.

Preparing for the Future

Adobe recently analyzed 24 billion video starts and 6.6 billion hours of video content viewed to give us the idea of changing content consumption behavior during the pandemic. Here are the highlights to help you strategize your video efforts: 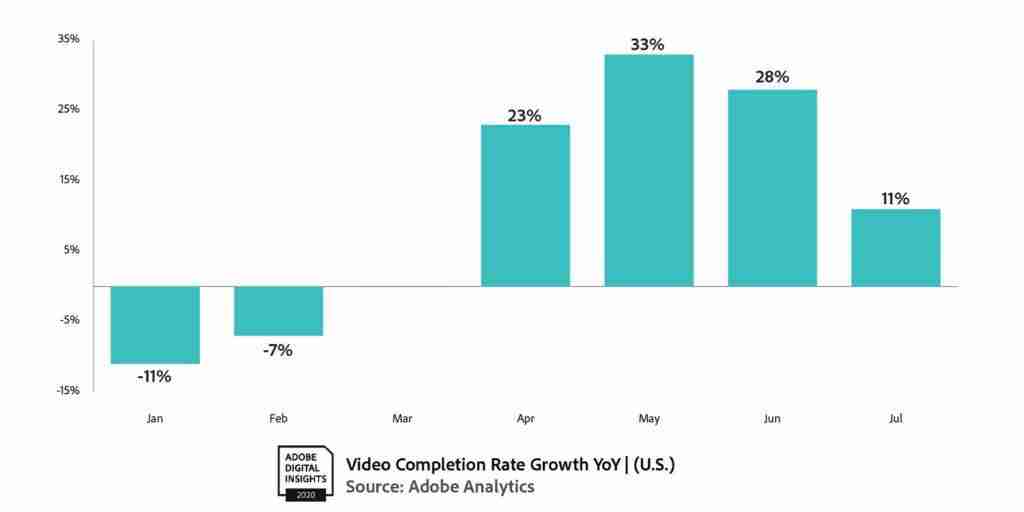 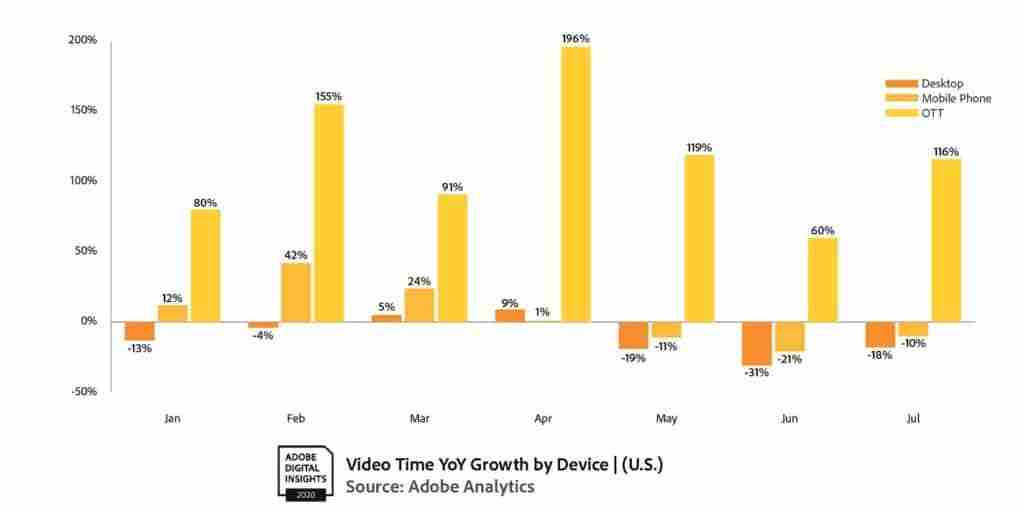 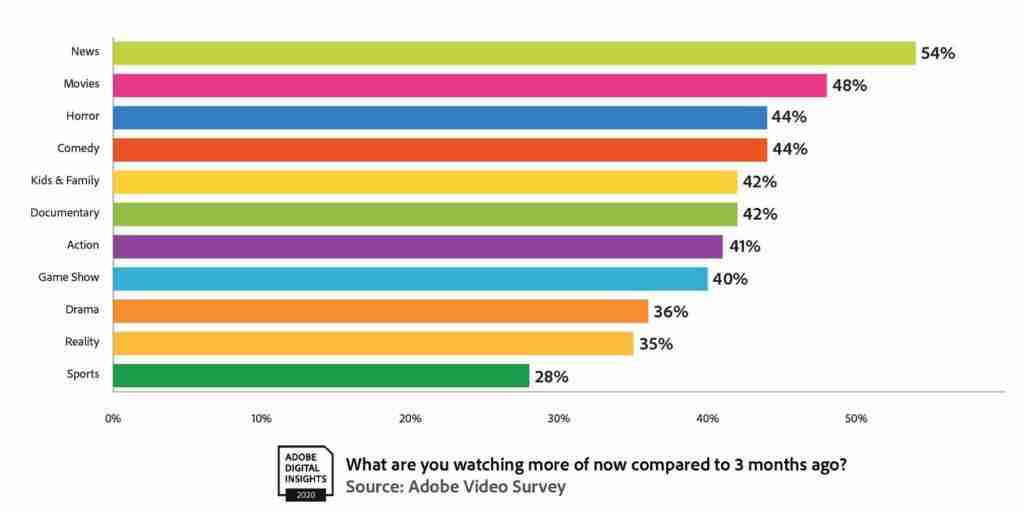 Meredith is helping brands to better understand their consumers through its extensive first-party data. The new platform called Data Studio will help the publisher in doing so. The platform has been introduced in an effort to diversify the publisher’s revenue. The interesting part is that the platform can also be used by the brands that are not buying ads on Meredith publications. The publisher will charge a consulting fee from such brands.

“Data is one of our core assets. Our first-party data doesn’t drive just advertising, but our consumer revenue and new products and insights.”

The pandemic has taught us that diversification is the key for publishers. Subscription helped a lot of renowned publishers, but as we all know, convincing the reader to pay for the content is not that easy. So, to counter this problem, many publishers have started adopting a new strategy, i.e. bundled offerings.

The Bloomberg Media and the Athletic have partnered together to offer a bundle with free access to the Athletic for six months. The Columbia Journalism Review and Nieman Journalism Lab are the two opinion publishers to bundle their offering together.

The Local Media Consortium has launched Matchup to provide unlimited access to sports content for the subscribers of local news publishers.

Users are consuming more content than ever and publishers have to create the right type of content to leverage the situation. Video content can be produced as the completion rates are high currently. Publishers like Brut are already creating short news videos with images and text, the same should be easily doable for other publishers as well.

Using first-party data is a must in the current scenario, lessons should be learned from publishers like Meredith that are using their first-party data beyond ads. Partnership with other publishers for bundled offerings is a great idea for accelerating subscriptions and diversifying the revenue further.

There have been many instances when publishers were hurt due to their reliance on walled gardens. Be it Facebook changing its algorithm leading to a huge loss in traffic acquisition or Amazon changing its commission rates causing a slump in affiliate income. This time, it is Apple.

Recently it was found that Apple is redirecting its News+ subscribers to its Apple News app by default if they are clicking on the links from a publisher that is enrolled in the Apple News+ program. It can be clearly seen that the links are on Google’s SERP page, it means that it is publishers’ organic traffic that is ending up on Apple’s platform.  The toggle to open the links in the News+ app is set to open by default.

Why does it matter?

The move presents many disadvantages for publishers. For starters, you’ll lose every control that you generally have when the user is on your site. You wouldn’t be able to make any ad revenue from the users.

Most of the web analytics tools wouldn’t be able to track your audience as it is not coming on your site. There can be many more drawbacks but the biggest question is, isn’t it a suppressive practice to take away the users who clicked on your link to reach your site?

Apple is clearly being unfair by redirecting users to its platform. They are the hard-earned audience of the publishers. The move is only beneficial for Apple and we hope that the issue will be rectified soon. Otherwise, we have already seen how publishers like the NYT can retaliate when platforms like Apple try to exert their power on them.

Many ad tech companies have expressed their concern about the disproportionate amount of influence that larger companies have in the W3C governance process for building a third-party cookie alternative.

The concern has been expressed through a letter to the W3C. It says that it’s not possible for small companies to participate in the process on the same scale as big players. As a result, the dominating companies are able to push their proposals harder, leading to potential anti-competitive issues. Also, according to the letter, the same concern has been brought up earlier as well but the companies “have often been dismissed out of hand”.

How the Biggest Publishers Performed During the Crisis

Digiday has recently reported how the biggest companies in ad tech performed during the crisis, here’s what matters to the publishers:

Index Exchange expands partnership with LiveRamp to prepare for a world without third-party cookies – AdNews.

Header Bidding Vs Re...

Next Post
What is Header Biddi...
0 Comments
Leave a Reply Cancel Reply