Automatad Team
Here's what you need to know from last week's happenings.

The Govt Money is Helping AdTech

The economic aids provided by the governments to the ad tech industry proved to be helpful during the peak of the pandemic. The number of payments that are late by more than two weeks was at an 18-months low during May.

The allotments from the Paycheck Protection Program from the US Small Business Administration came in April. The Federal Reserve extended the Emergency Lending Programs too. But the solutions appear to be temporary as many companies have utilized the aids and now they have started struggling again in the second quarter. The number of companies that made late payments half of the time increased by 11.5%

Travel was the first and the most affected industry during the lockdowns imposed around the world. The mid of April saw a whopping ad spend decline of 93% YoY. Even though June showed some promising signs, the decline has started again in July as new cases have started to emerge. 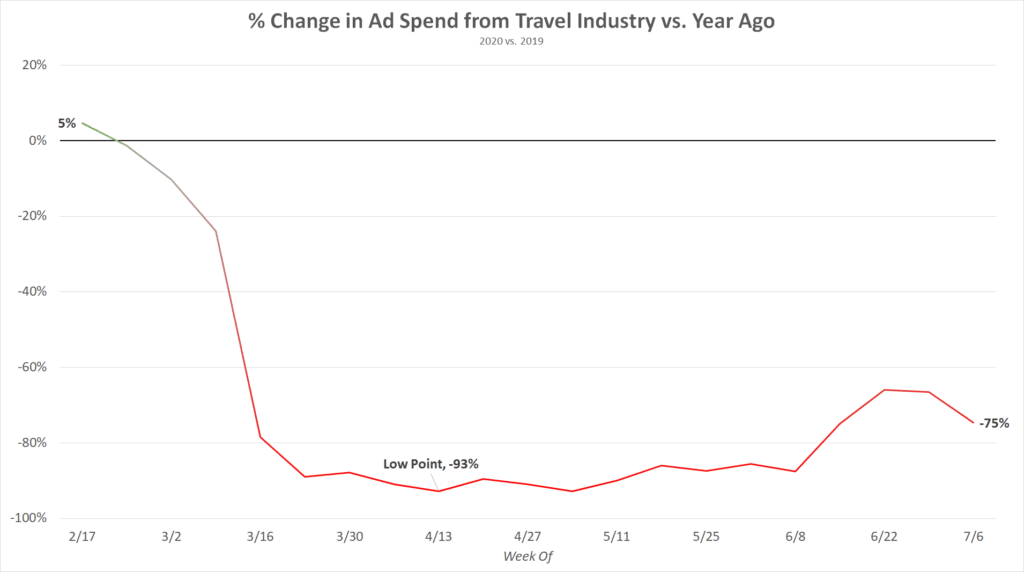 Some Ad Tech Companies are Making Early Payments to the Publishers

Some ad tech companies like PubMatic and TripleLift are paying three days early to the publishers. The move of early payments by these companies is a kind of marketing tactic. Every publisher is skeptical about the payments during the time of decreased ad spend, an early payment during such a situation can bring in a lot of new clients.

The virus is expected to return multiple times with new waves of cases. Whenever there’ll be a new wave, we can expect strict lockdown measures from the government. Lockdowns can decrease the ad spends, hence publishers should expect volatility in their revenues. Make use of government grants, work with companies that are making early payments. Try to stay afloat until the situation is improving. Here’s how we are helping our publishers.

Lawmakers think that RTB is deceptive

A recent letter from Sens. Ron Wyden, D-Ore., and Bill Cassidy, R-La, and others to the FTC Chairman Joseph Simons declare RTB as “widespread privacy violations by companies in the advertising technology industry.” According to the letter, the Ad Tech companies are “are selling private data about millions of Americans collected without their knowledge or consent from their phones, computers and smart TVs”

The letter shows concerns as hundreds of bidders receive user information even though only the winner of the bidding process uses it to deliver the ads. It says that only a few Americans realize that their data is being collected and stored and then “sold by the data brokers to hedge funds, political campaigns, and even the government without court orders”.

The letter urges the FTC to determine whether the ad tech companies are violating federal laws.

With its 79th version, Firefox will start deleting some first-party cookies after 24 hours. Some companies try to get around Firefox’s Enhanced Tracking Protection by using “redirect tracking”. The technique of redirect tracking takes the user to the websites of the third-party ad tech companies for a brief moment. During this moment, the companies place their cookies in the user’s browser. Since the cookies are placed while the user is on the ad tech company’s site, the cookie, ‘technically’, becomes a first-party cookie. 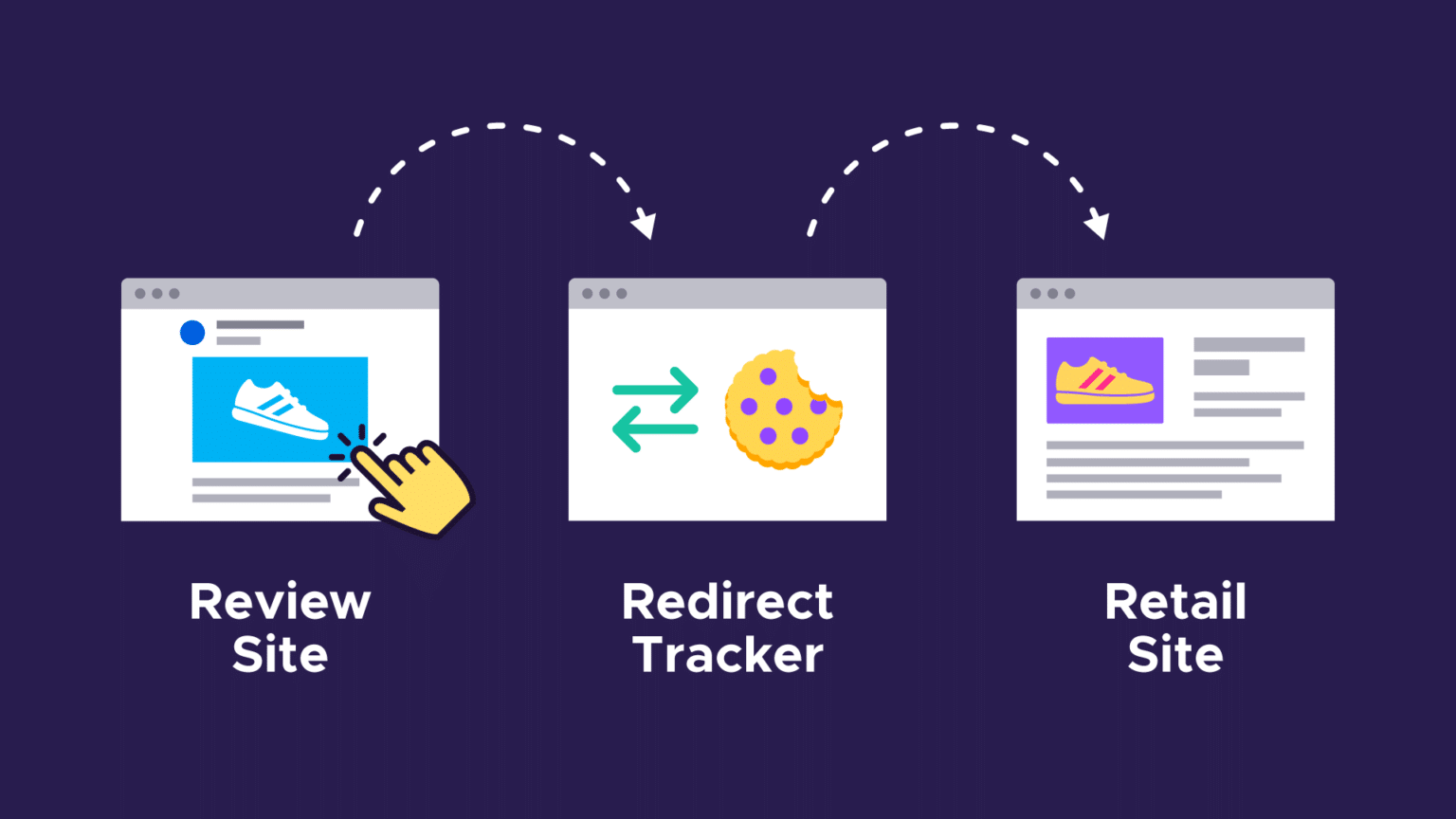 Any such known trackers will be cleared out by Firefox every 24 hours. As a result, the ad tech companies will not be able to build a long-term behavioral profile of the user.

The biggest problem between ad-tech and the government is the lack of clarity. We agree that the data collection and tracking in the ad tech can be misused by foul players, but the government should also consider the utility it provides to the users.

Whether it is a court hearing of ad tech companies or a statement of a privacy-focused browser company, a handful of potential dangers are portrayed as the sole motives of the ad tech industry. The right approach would be to focus on mitigating foul play and securing the ad tech industry from future threats.

Funding Choices, the Google Consent Management Platform, will now be integrated with the Transparency and Consent Framework by IAB Europe. The collaboration will help in passing consent data signals in the supply chain.

The CMP will deliver consent messages according to the traffic location. It means the users from the EU will automatically be requested for explicit consent whereas the users from California will be provided the opportunity to opt-out. The ad tech stack will be integrated in the month of August. Funding Choices is already available as a registered CMP for publishers using the IAB Europe Framework.

“This European industry standard offers a common language for publishers to gather, manage, and communicate user consent for personalized ad serving and other purposes such as ads measurement, providing transparency and consistency across the advertising ecosystem.”

How Publishers are Trying to Compete with Amazon?

The biggest lesson that the pandemic has taught us is that revenue diversification is a must for publishers. This year, publishers got a new opportunity of selling products as Amazon is unable to meet the demand due to the pandemic.

Amazon Prime Day has been postponed to the fourth quarter and The Strategist and Cosmopolitan wasted no time in using the opportunity for their gains. Both the publishers launched two-days long shopping events to satisfy the eager to spend customers.

The NYT is another publisher with commerce operations. It conducts multiple smaller sales throughout the year. The publisher doubled its sales in 2019 YoY. Some examples of its sales events are “Sleep Week”, “Work from home deals”, “Back to School deals” etc.

The sale event from the Strategist had 32 products and three additional deals exclusively for its newsletter subscribers. 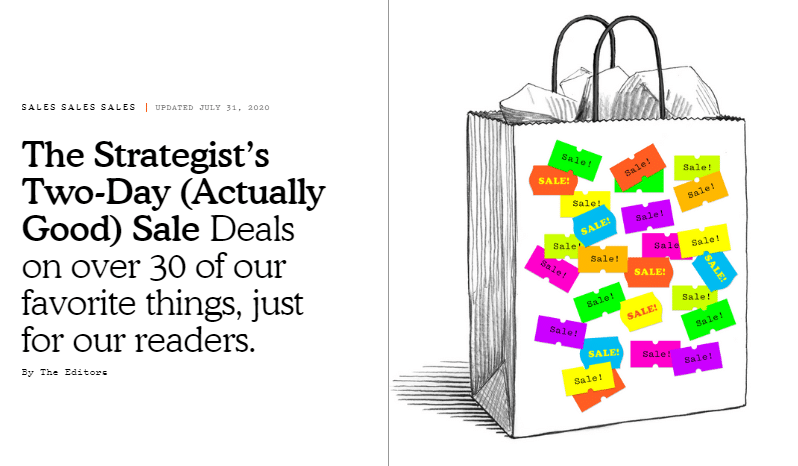 If we look at it closely then we’ll find that these publishers are not competing with Amazon. It’s not possible for them to do so. Amazon is an e-commerce mammoth and these are media companies. But still, the publishers are able to provide unique value to their readers and succeeding too. Other publishers should also try such events as they can bring the required diversification.