Automatad Team
“Core to a healthy model between The Times and the platforms is a direct path for sending those readers back into our environments, where we control the presentation of our report, the relationships with our readers and the nature of our business rules”
Share Tweet Share

Gartner, one of the leading research companies has recently released a survey of more than 430 marketing executives across North America, the U.K., France, and Germany. The CMO Spend Survey 2020 reveals the expectations of marketers for the coming months.

Here’s what matters for publishers: 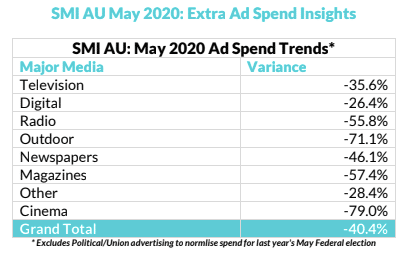 Although the present looks bleak, the future can be bright for the publishers. There is no doubt that the companies will be spending less on marketing and advertising in the near future, but it looks like digital advertising will be least affected by the change. Publishers should be optimistic about 2021.

Ad Refresh  is saving publisher during the pandemic:

More and more publishers are leaning towards ad refresh to compensate for the losses due to the falling CPMs. Digiday recently quoted how we saw a 35% increased demand for AXT, our intelligent ad refresh product.

AXT provides incremental revenue to publishers with the same traffic and same ad unit. It’s a common prejudice that refreshing ads hamper viewability, but that’s not the case with AXT. It refreshes ads only when a user has seen the ad for a given period of time, say 25 seconds. We call it ‘Active Exposure Time’ because we count the duration of exposure only when the user is active on the page. So, if a user has not moved the mouse for 5 seconds, or the user has opened another tab or app, then that duration will not be counted as Active Exposure Time. In this way, AXT increases impressions while maintaining the viewability of your ads. Here’s a demo.

The pandemic has created a lot of problems for the publishers but the solutions like AXT are there to save them. Experimenting with new solutions shouldn’t be intimidating for you, especially when you know that the usual ways of working are not effective. But you should take care that you are experimenting with the right product. So if you’re planning to refresh your ads, make sure they are getting Active Exposure, otherwise, your viewability may decline.

Moving Away from Platforms

Be it Google’s dominance on digital ads or publisher’s dependency on Facebook and Twitter for traffic, the walled gardens have had a lot of influence over the ad tech industry. But, this week we saw some players challenging the platforms.

The New York Times becomes the first publisher to exit from Apple’s news aggregation platform, Apple News. The publisher was already distributing only a few of its articles on the platform but now none of the articles will go to Apple News.

Gaining subscriptions is the main objective of the publisher, but the NYT was facing difficulties with its goal. The publisher wants to send the reader to its own property so that the reader can be converted into a direct paying customer, but it wasn’t easy with the Apple News. Apple also takes its cut from the subscriptions sold through the platform. Additionally, Apple also limits targeting on its app, which makes monetization difficult for publishers depending on ads.

The NYT left the platform because it felt a lack of control over forming a direct relationship with its readers, but there are some questions about news aggregators that are worth pondering for the rest of the publishing community.

First, it’s the aggregators who are dependent on publishers’ content, then why are they on the high ground? Second, if your content is appearing next to every other publisher in the industry, then how would you differentiate yourself from the others? So, is it worth being on an aggregator’s platform or should you carve your own identity? We’ll leave the questions to yourself.

Facebook is now looking at a mass exodus of advertisers on its platform. More and more facebook advertisers are joining the movement, including names like Unilever, Coca-Cola, and Pfizer. The outcry is against the presence of hate speech on the platform.

The company is being criticized for its attitude towards curbing hate speech. The advertisers, just as always, do not want their ads to appear next to negative content. The company says that it has invested billions of dollars to curb the issue. The list of boycotters is increasing as we speak, let us see what happens next.

IAB Europe released its annual Attitudes to Digital Video Advertising Report. The report tries to understand the growth of video ads across Europe. Approximately 300 respondents were surveyed for it. Here are the finds that are most relevant to publishers:

Although the data is from Europe only, to some extent it implies globally. Out-stream ads and mobile ads are the focus of advertisers. Publishers should implement out-stream ads to leverage demand. Pay equal attention to desktop and mobile inventory as both are important for publishers.

CCPA Enforcement Begins: What Every Publisher Needs To Do To Comply – Adexchanger

Next Post
What are the Most Im...
0 Comments
Leave a Reply Cancel Reply