Automatad Team
Ad revenue for some of the publishers have started to rebound last month. CCPA's new update draws opposition from the ad industry consortiums, and more on this week's roundup.

Programmatic Ad Spend Rebounds in May

It looks like the ad spend is returning back to normal. The month of May saw a gradual uptick. As the lockdown eases, even travel and retail brands can be seen returning back to the market. A report from Adexchanger shows that the situation has not returned back to the pre-COVID19 level,  but it’s better than the previous months. Here are some data points:

As per the current trends, things are going in the right direction. If everything goes fine then we can expect to reach normalcy soon. But the situation has been unpredictable for the last few months. If the pandemic returns back then ad spends can start going south again. What’s in our hands is to hope for the best and prepare for the worst.

The pandemic has disrupted many publishing businesses. Every publisher is trying to find a way out of the situation. Dotdash (formerly About.com) is one such publisher. The publisher owns properties like Verywell, The Spruce, The Balance, Investopedia, and more. The publisher was already very successful. In 2019, Dotdash earned $40 million profit out of its $168 million revenue. But the ad revenue started plummeting after the pandemic started.

Dotdash saved itself in a very unconventional way. It already had a huge audience. The audience on The Spruce was focussed on homemaking. Seeing an opportunity, Dotdash launched The Spruce-branded house paint last year. The sale was being done through Amazon. As the pandemic hit, the traffic increased, the audience was already at home, it was the perfect time for the sale of house paints. There’s no surprise that the sale is increasing by 25% per month. 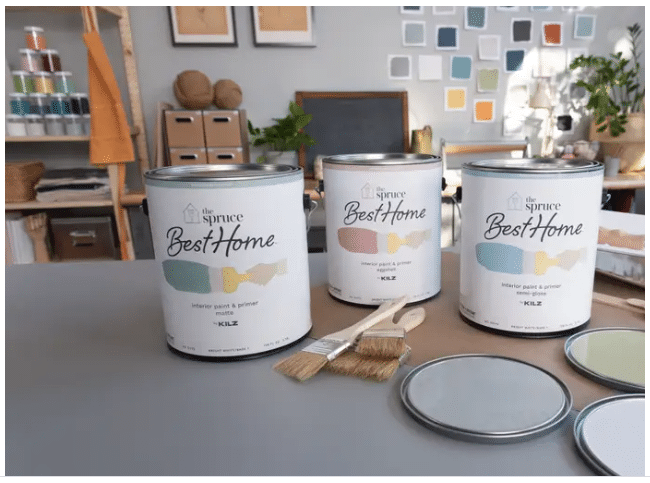 Currently, a third of the company’s revenue is coming from performance marketing that includes product sales. The revenue diversified and the publisher saved itself from laying-off employees. Now the company is on its way to launch new lines of products.

Having a strong brand can work wonders for publishers. If you’re recognized by the audience and then you have many more opportunities beyond ad revenue. Be it selling merchandise, gaining subscriptions, or even creating shows for Netflix, you can do it all only if you are a recognized brand.

Keyword blacklisting has always been a problem for publishers, especially in the ‘news’ vertical. The problem was amplified further when the coronavirus crisis arrived. Most of the traffic was going to the pandemic related content and at the same time, ‘coronavirus’ was the most blocked keyword. The situation is still not improved.

A survey of 127 publishing executives shows that 43% of the publishers are still struggling with blacklisting. 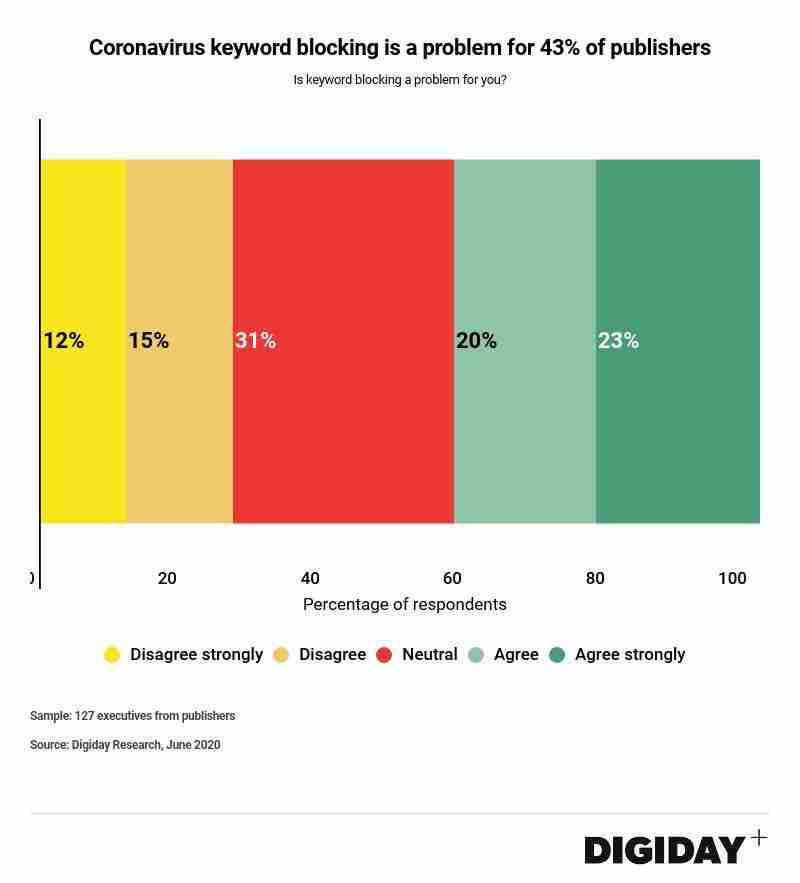 To make the matters worse, the content related to the Black Lives Matter protest is also being blocked at a large scale. Keywords like “black people,” “George Floyd” or “BLM” are being avoided by the advertisers. Since its a protest, words like ‘murder’ and ‘riot’ are naturally present in the content.

Between June 2 and June 8, Vice observed 57% less CPM on the content related to the protest. The same content also attracted most of the traffic. Urban One, a publicly traded media company experienced 43% lower CPM on its Black Lives Matter Content.

Keyword blacklisting is a prevalent problem in the ad tech industry. Brand safety tools like Mantis are some initiatives in the right direction but small publishers are far away from taking such actions. Avoiding blacklisted keywords in the content is the only viable solution for now. Meanwhile, you can read how some publishers are dealing with keyword blacklisting in their own ways.

Digiday reports that Google is giving its double click penalty to more and more publishers in the past 6 months. If you don’t know, normally, when an ad is clicked on your website, then the user directly reaches the ad’s landing page. But if the double click penalty is levied on your website, then a button with the text “Visit Site” will appear over the ad whenever a user clicks it.

The user has to click the “Visit Site” to reach the ad’s link. It’s Google’s way of confirming whether the user actually wants to click the ad or is it an accidental/invalid click. 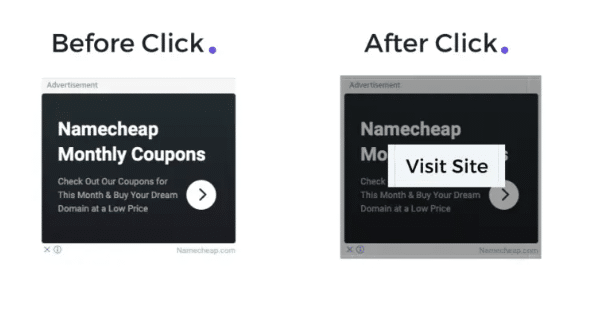 The initiative has been around since 2012. The revenue drop from the penalty is being observed to lie between 40% and 60%. A CTR between 0.8% to 1% can fall up to 0.1%. The problem is persisting with publishers for 8 to 10 weeks. Even premium publishers are facing this problem. The highest number of penalties were imposed in March.

As the process of implementing CCPA is undergoing, a recent proposal has brought a new difficulty in front of the industry. A proposed privacy regulation requires companies to honor requests by consumers, to opt-out of the sale of their data, on a global basis.

It means the consumers should be able to preset their choice to opt-out of the sale of their personal information. Browser plugin or privacy setting, device setting, or any other mechanism can be used to preset the choice. The choice should be honored by companies globally.

At present, the user decides to opt-in on a site-by-site basis. After the rule of a global preset signal, all websites have to abide by what has been already set by the users. So once the user decides not to share the data, the preference will be applicable everywhere.

Next Post
How to Run Ads on Yo...
0 Comments
Leave a Reply Cancel Reply